PENTATONE’s reputation for excellence is supported by a catalogue of some of the very best that classical music has to offer.

Through the years, Pentatone keeps pushing boundaries by producing the highest quality recordings, while also embracing the most modern technologies and staying on top of digital trends. The label was founded in the Netherlands in 2001 by three former Philips Classics executives, with the ambition to offer classical music in highest quality.

In the first years of its existence, Pentatone managed to engage Mikhail Gorbachev, Bill Clinton and Sophia Loren, in a Grammy-winning recording of Prokoviev’s Peter & the Wolf (released in several languages with many other international stars such as Antonio Banderas), with Kent Nagano conducting the Russian National Orchestra. Another great success was scored with a recording of the official music performed during the wedding ceremony of the then Dutch crown prince (now king) Willem-Alexander to Máxima Zorreguieta. The album, “The Music from the Royal Wedding”, sold more than 75,000 copies, thereby attaining the unique “triple platinum” status.

During its first decade, the label also released several epoch-making recordings by violinist Julia Fischer. Other projects in that period included the cycles of Beethoven’s complete symphonies conducted by Philippe Herreweghe, Beethoven’s complete piano sonatas performed by Mari Kodama, and Bruckner’s complete symphonies under the baton of Marek Janowski. Violinist Arabella Steinbacher, who joined the label in 2009, has left her mark on these years and continues doing so with several acclaimed recordings. Between 2011 and 2013, PENTATONE ventured to record Wagner’s ten mature operas, also conducted by Janowski.

In 2013, a new management team joined Pentatone, with the goal to innovate the label towards the digital era of music and expand the repertoire. The new team took onboard instrumentalists who defined the label’s second decade such as pianists Pierre-Laurent Aimard and Denis Kozhukhin, as well as cellists Alisa Weilerstein and Johannes Moser.

In the most recent years, both the repertoire and the roster has been expanded to include releases by world-star vocalists such as Magdalena Kožená, Ian Bostridge and Piotr Beczala, as well as collaborations with world-class early music ensembles and artists including the Akademie für Alte Musik Berlin, il pomo d’oro and René Jacobs. PENTATONE continues to engage the most exciting classical artists of today.

The label was awarded Label of the Year in 2019 by Gramophone Magazine and in 2020 by the International Classical Music Awards.

Thanks to collaborations with performers such as Francesco Piemontesi, Sean Shibe, Anna Lucia Richter, Vladimir Jurowski, and Herbert Blomstedt and the Gewandhausorchester Leipzig, the future looks bright!

A candid reflection on the label’s A&R approach, by Renaud Loranger, Vice-President for Artists & Repertoire As Pentatone crosses an important…

We are happy to announce that PENTATONE celebrates its 20th anniversary. After winning multiple Grammy Awards since its beginnings and being crowned more…

As a part of an ongoing series of articles about the state of the classical music recording industry, PENTATONE’s managing director Simon Eder talks about…

PENTATONE is ICMA’s Label of the Year 2020

We are proud to announce that PENTATONE has been awarded Label of the Year 2020 by the ICMA (International Classical Music Awards). The label also…

Designing albums for a classical label in the digital age

As a part of an ongoing series of articles about the state of the classical music recording industry, PENTATONE’s graphic designer Marjolein Coenrady…

Pentatone is Gramophone’s Label of the Year 2019

We are proud to announce that PENTATONE has been awarded Label of the Year at the prestigious Gramophone Classical Music Awards 2019. The ceremony was…

Renaud Loranger has been appointed Vice President for Artists and Repertoire at PENTATONE. He takes up his new role on November 1st. His mission will be…

After almost 5 years as Marketing Director Simon M. Eder starts his new role as Managing Director at PENTATONE: “We have achieved a lot over the last years… 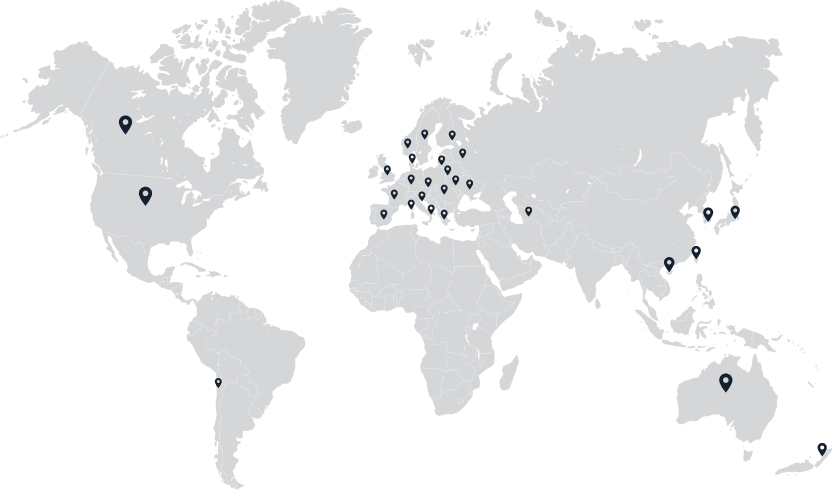 +31 35 548 0720 info@pentatonemusic.com
We would like to use our own and third party cookies and similar technologies for statistics and marketing purposes. You can set your preferences by selecting the options below. Withdraw your consent at any time via the shield icon.
Cookie SettingsAccept All
Manage consent