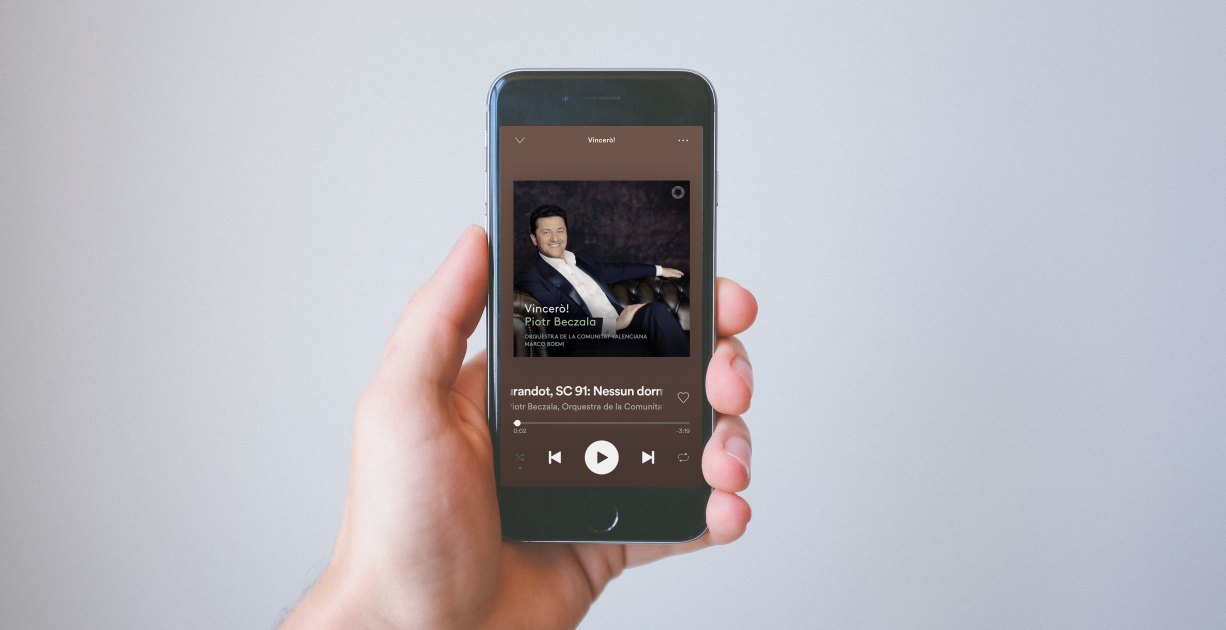 As a part of an ongoing series of articles about the state of the classical music recording industry, PENTATONE’s managing director Simon Eder talks about the constantly changing music market, and how classical musicians and labels need to rethink their business model, fully embracing music streaming.

We often hear that “no one can make much money with streaming” or that “streaming destroys the CD”. Opinions diverge when it comes to music streaming. For classical music in particular, where a certain “track sequence” is defined through the composer’s works, breaking it apart into tracks and re-arranging it into playlists can seem outrageous. Little knowledge, combined with sales models which differ from that of the CD, leaves many artists uncertain whether streaming is a blessing or a curse.

A closer look at the music market is key to understanding current developments: The CD replaced the vinyl as the leading format in the 80s and 90s and reached its peak in 1999, this was followed by a rapid decline in popularity combined with threats from music piracy, long before streaming reached the market. Streaming is a completely different form of music consumption with a very different business model: listeners don’t BUY an album, instead they RENT access to a music library via a monthly subscription. Depending on what the listener plays from that, the music rightsholders will also be paid per stream.

In the past it didn’t matter how many times a listener played the CD; the deal was sealed with its purchase. In the world of streaming it’s the number of listens that matter much more than the listeners. Generally, the shift towards music streaming consumption offers a lot of advantages especially for artists:

The rise of music streaming has caused a power shift from labels to Music Streaming Services (like Spotify, Apple Music, Amazon Music) and to artists themselves. While in the past almost all selling venues were exclusively controlled by the label, now the artist has far more opportunities and freedom. Artists can curate and control content themselves. Artists can also decide on how their artist profile is set up and what info is displayed. Also, the touring schedule can be listed and linked right away to ticketing tools and other forms of merchandise.

Classical Music was neglected by many Music Streaming Services at the beginning. This is starting to change: niche Music Streaming Services – focusing on classical music – such as Qobuz, Primephonic and Idagio – have entered the streaming market. Apple Music was one of the first big streaming services to build up their own Classical Curator team, as Apple considers the human approach and interaction vital for curating music. Other Streaming Services also started to pro-actively vitalize and curate their classical content, and artists can take a pro-active part in that. Artists can also create playlists themselves, either with their own tracks or by picking music that inspires them. Combining tracks from different labels (rightsholders) and making them accessible would have been more than complicated in the ‘physical world’.

On top of that, Podcasts, live concerts and Q&As are conquering the digital sphere and are offering artists an additional platform.

Apple Music’s attempt to create engagement via their community tool “Apple Connect” may have failed, but the options of engaging with the fan community are livelier than before with many listeners actively sharing their playlists or what music they are currently listening to. In certain countries, social media channels allow users to connect postings instantly with music from Spotify or Apple Music. In this way the releases are omnipresent and do not only stay within the music streaming apps. Spotify, for example, allows listeners to create a visible user profile which can be followed.

Artists generally know very little about the demographics from CD or radio listeners, unless they’re engaging with their fans at after-concert CDs sales.

Many Music Streaming Services like Apple Music and Spotify already offer their own artist apps or are developing such tools.

With these apps, artists are able to monitor, create and analyze the releases: artists can track how many times their releases are streamed, in which territories they get the most attention and how the streams are generated: it could be because a track is in a leading playlist and has a significant amount of followers, it could be that the release was picked up from a curator and is featured on a landing page; or because it is featured on a radio function and is played there on rotation.

The reach is international. In the US, streaming is already the leading way of music consumption – also for classical – but many other markets are catching up rapidly. In Europe, countries such as the UK, France and Germany have had a significant growth in streaming listeners. Even in markets where the artist might not be aware of, it’s possible to build up a significant fan base, he or she may suddenly see a rise of digital popularity.

While downloads and CD sales are declining, streaming is growing steadily and is expected to further revitalize the music industry throughout the coming decade.

One reason why not: Payout

While several decades ago revenue from recordings were an interesting source of income for artists, these times are now over. Recordings should be considered more as part of a bigger artistic strategy with a strong PR relevance. Recouping a significant recording investment through streaming revenues as an artist is still very unlikely (yet!).

However, while CD or Downloads sales are declining, the revenues through Streaming are steadily growing. We still need several hundred thousand streams to make 1.000€ and above, but these amounts will be reached far faster in the upcoming years.

Music streaming subscriptions are rather low-priced and are offered at around 10-19 €/month, or for free with reduced functionality and/or advertisement interruptions. A positive side effect of these rather low figures is that music piracy is less of an issue, as more and more people are willing to pay for these services. Streaming is a much better model than illegal music consumption, where all revenue and control from labels and artists is completely lost.

For all these reasons, we at PENTATONE encourage classical artists and the classical music business in general to embrace streaming as the most powerful and profitable means of music consumption for the coming years.

MUST READ: A simple and very accessible reading about the streaming development was originally published from Goldman Sachs in 2016, and gained a lot of attention in the industry, stating that “Streaming should help drive recorded music back to its 1999 peak by 2027“. Its regularly updated and a must read.

My internship at PENTATONE

As a part of an ongoing series of articles about the state of the classical music recording industry, Lorenzo Bauco reflected on his internship at PENTATONE...