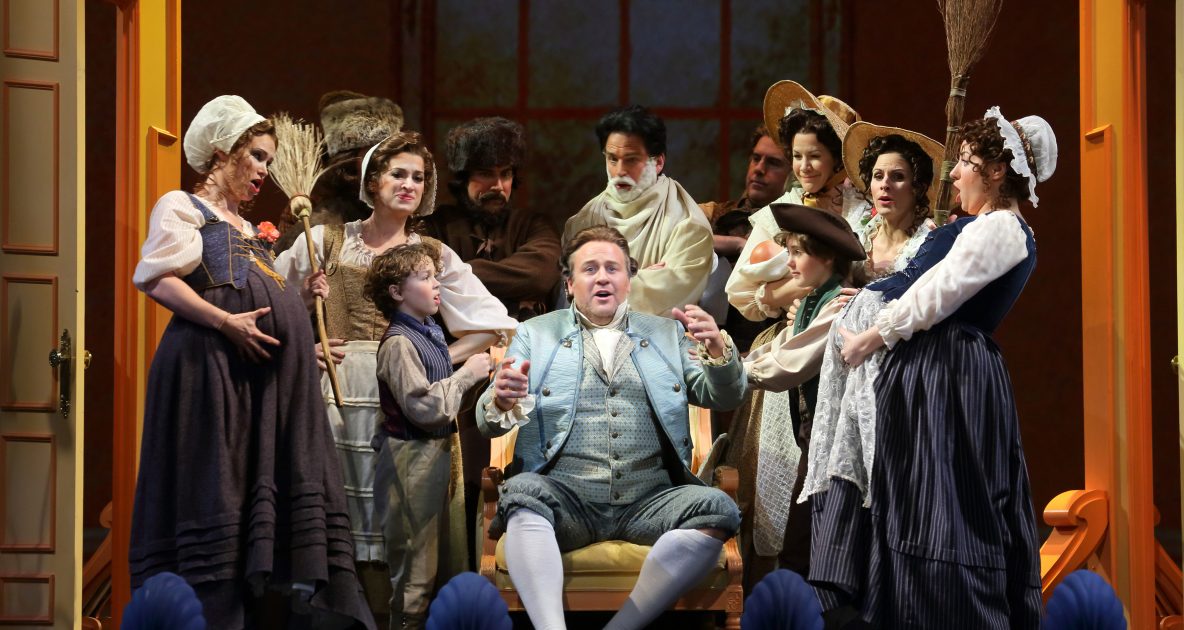 CORIGLIANO: The Ghosts of Versailles is Critic’s Choice at Opera News

We are very proud to share that our release of CORIGLIANO: The Ghosts of Versailles is chosen as Critic’s Choice on Opera News! The album was released on April 1st and has since been mainly praised. According to Opera News:

”There really hasn’t been anything quite like Ghosts of Versailles, before or since, imperfections and all. This CD is an essential release.”

”Hearing the new live recording from LA Opera’s widely praised 2015 production confirms my memory that the piece is sprawling and flawed but also fascinating and brilliant, impressive in its stylistic breadth and quite moving.”

Earlier this year, composer John Corigliano shared some exlcusive insights on the recording: ”For 25 years one thing eluded The Ghosts of Versailles: a firstclass audio recording of performances by artists who could equal, or surpass, the achievements of its first cast. You are now reading the booklet of that recording. The artists of Los Angeles Opera’s 2015 production made as compelling a case for The Ghosts of Versailles as I heard on its first night at the Met in 19991. To have that performance preserved in a recording of this quality is, for this composer, a dream come true.”