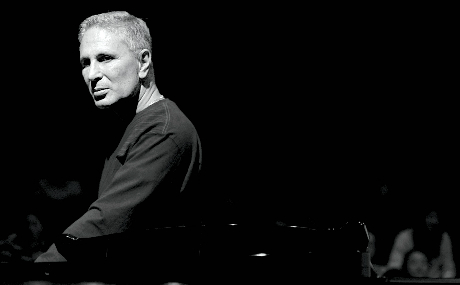 “To have that performance preserved in a recording of this quality is, for this composer, a dream come true.”

One of our albums of American Operas Series, “The Ghosts of Versailles”  performed by LA Opera, conducted by James Conlon will be released in April 1st, 2016. John Corigliano, the composer shared his compassions for this opera with us. Read below his personal notes for this release.

When The Metropolitan Opera offered to commission a new opera—my first—for their 100th anniversary, I was both honored and intimidated. The Met was, and remains, one of the world’s most important theatres. And I wanted to write a piece not only for, but also about, the Met—about what opera and its history meant to American art. But an artist can’t address that question abstractly. So I had to envision a piece about what that history meant to me, knowing that it would need to persuade some of the most discriminating audiences in the world.

Where to start? With comedy, and with continuity. I’d always loved the exuberance and virtuosity, of Mozart’s and Rossini’s opera buffa. But I couldn’t merely revisit their world; the 18th century isn’t ours, and how could I improve upon the neo-classicism of Stravinsky’s The Rake’s Progress? I also wanted to build a musical bridge between Mozart’s world—a world of clarity and grace, as well as drama and ambition—and ours. I’d always been ambivalent about modernism in music: embracing its thrilling experiments, but wincing at its presentism and exclusivity. Might I find a way in which the music of the past could dance with the music of the present—and, in so doing, suggest a music of the future?

My brilliant librettist William Hoffman invented a theatrical scenario that empowered my musical one. In the afterlife, the playwright Beaumarchais devises a new opera to amuse the ghost of Marie Antoinette, still in mourning for the life swept away by the French Revolution. Beaumarchais’s play enlists his familiar Figaro, Susanna, Almaviva and Rosina to plot Composer’s Note to sell the Queen’s diamond necklace and rescue her from the guillotine, But all goes wrong; and Beaumarchais has to enter the world of history to try to save the play, and the Queen. Bill’s libretto enabled me to do exactly what I wanted: to play the not-quite Mozartean idiom of the buffa characters against the not-quitemodernism of the ghost figures, and develop from both of them a music that embraces the past even while leaving it behind.

In Colin Graham’s magnificent production, conductor James Levine led Teresa Stratas, Marilyn Horne, Renée Fleming, Hakan Hagegard, and an exemplary cast in a premiere a composer could only dream of. That performance’s telecast, later released on DVD, led to engagements in theatres large and small, from Wexford and Hanover to Aspen and New York. But—for 25 years—one thing eluded The Ghosts of Versailles: a first-class audio recording of performances by artists who could equal, or surpass, the achievements of its first cast. You are now reading the booklet of that recording. The artists of Los Angeles Opera’s 2015 production made as compelling a case for The Ghosts of Versailles as I heard on its first night at the Met in 1991. To have that performance preserved in a recording of this quality is, for this composer, a dream come true.

“With a project as well realised as this, one reflects how Weber and Kind’s great 1821 work may still be undervalued as a radical piece of music...