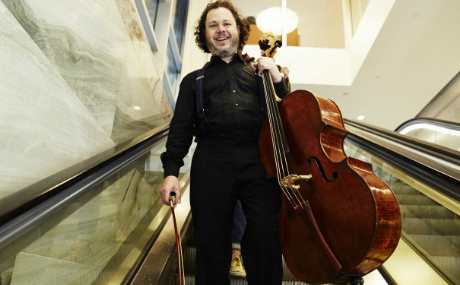 “Haimovitz gives thoughtful and well-considered performances of these seminal works in resonant sound that captures his baroque cello and cello piccolo in terrific sonics.”

We received another wonderful review about one of our PENTATONE OXINGALE releases, “J.S. Bach – Cello Suites According to Anna Magdalena” with Matt Haimovitz from Audiophile Audition. Read more of the review below.

Haimovitz gives thoughtful and well-considered performances of these seminal works in resonant sound that captures his baroque cello and cello piccolo (Suite 6) in terrific sonics. I won’t harp yet again on the felicities of recording solo and small ensembles in surround sound—often more than the largest Mahler symphony, these sorts of settings benefit from the finest sound, allowing the most subtle of expressions to come across as if one was sitting directly in the presence of these artists in the most intimate of listening spaces.

There are some benefits to these readings. For one, Haimovitz insists on using the original version of these pieces as found in the manuscript of second wife Anna Magdalena, a faithful copy of the original—as far as we know—and one of only two sources for this music, the score having long been lost. Haimovitz, who was raised with the Casals recordings as his standard and bible, first attempted the Suites on record in the late 2000s, launching Oxingale Records, and here partnering with Pentatone in Super Audio and surround.

I can’t go into all of the details about the interpretative solutions he has found based on his study of the Magdalena score, only that some will agree and find his readings comprehensive and appropriate, whereas others will not. One thing that you do notice right away is his use of more-than-usual open strings when possible, which does add a sense of harmonic depth and palpable physicality about the sound, though I can’t say that the intended ghosted choral grounding is any better realized than in other recordings. But they are nicely presented with a lot of energy and verve, and the resulting audio experience is quite affecting.

I still am sticking with Winona Zelenka’s amazing set as the best I have ever heard, andthe one to own. But if you want the latest and greatest sound with a unique take on the Magdalena manuscript played exceedingly well, this is definitely one to consider! 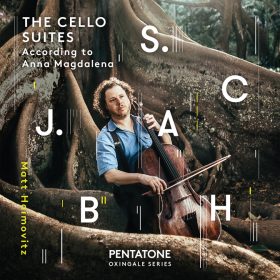 “The cellist….plays exceptionally beautiful.” We are honoured that our PENTATONE OXINGALE series release of  Orbit – Music for Solo...