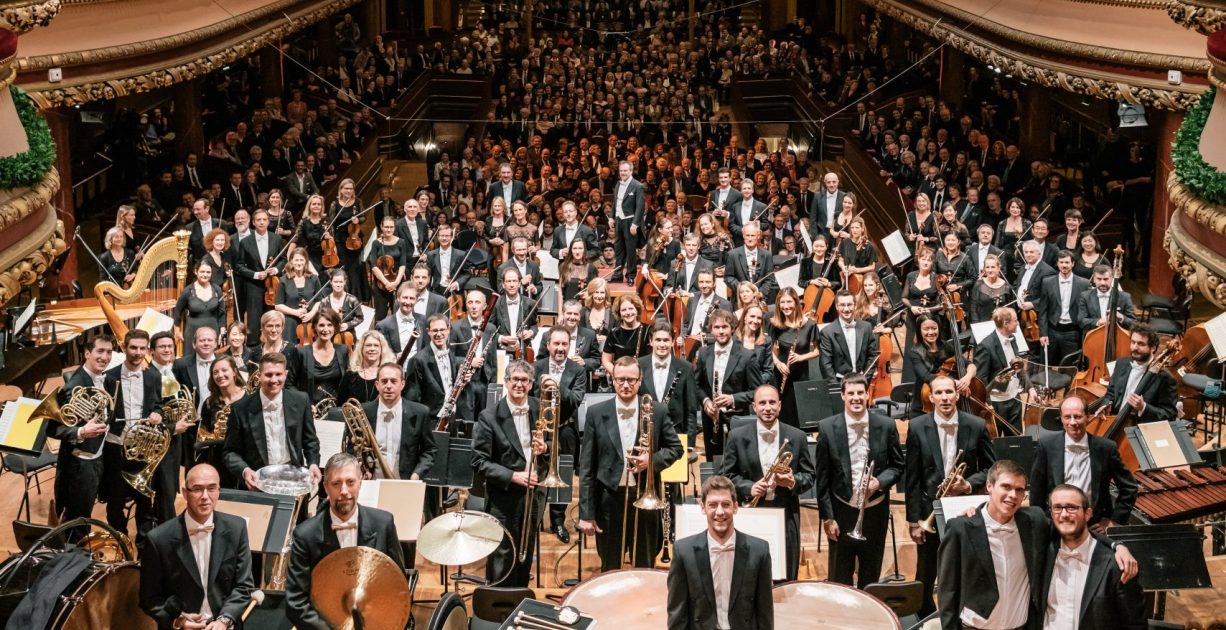 20th-Century Masterpieces For Piano And Orchestra

The Orchestre de la Suisse Romande and its Music and Artistic Director Jonathan Nott continue their acclaimed series of 20th-century masterpieces on PENTATONE, together with star pianist Francesco Piemontesi, presenting piano concertos by Ravel and Schoenberg alongside Messiaen’s Oiseaux exotiques. Each of these composers redefined 20th-century music in a highly personal way, and the works recorded here share a connection to the United States which one would perhaps not expect right away from these European master composers. While Ravel and Schoenberg’s piano concertos provide the most original and colourful 20th-century contributions to this genre, Messiaen employs a similar scoring to express his profound reverence for nature in Oiseaux exotiques. These challenging and multifarious scores fit Piemontesi, Nott, and the orchestra like a glove.

Francesco Piemontesi is among the most-cherished pianists of our age, and presents the third fruit of his exclusive collaboration with PENTATONE, having released the acclaimed Schubert – Last Piano Sonatas (2019) and Bach Nostalghia (2021). The Orchestre de la Suisse Romande is one of the world’s most respected orchestras with a vast PENTATONE discography. This is their third release on the label with their Music and Artistic Director Jonathan Nott, after Strauss, Debussy & Ligeti (2018) and the gloriously received Debussy & Schoenberg; Pelléas et Mélisande (2021), containing Nott’s new arrangement of Debussy’s opera.

Bach Concertos For Two Harpsichords Alongside A Completion Of Bwv 1059

Francesco Corti and il pomo d’oro continue their acclaimed series of Bach harpsichord concertos, now moving to the works for two harpsichords, BWV 1060-1062, together with Andrea Buccarella. Compared to the previous two instalments, the accompanying ensemble is small, allowing for maximal transparency and focus on the soloists. The greatest discographic asset of this album is Corti’s arrangement of Bach’s unfinished concerto for harpsichord, oboe and strings in D Minor, BWV 1059. In his extensive contribution to the booklet, Corti explains why and how he used parts of Cantata BWV 35 to complete the score. Emmanuel Laporte performs the solo oboe.

Francesco Corti belongs to the most established harpsichordists of his generation, and releases his third PENTATONE Bach harpsichord concertos album, after releases in 2020 and 2021. He works together with the multi-award-winning ensemble il pomo d’oro, who also recorded three vocal recital albums with PENTATONE: Carnevale 1729 with Ann Hallenberg (2017), Prologue with Francesca Aspromonte (2018) and Handel – Apollo e Dafne & Armida abbandonata (2021). Andrea Buccarella and Emmanuel Laporte both make their PENTATONE debut. 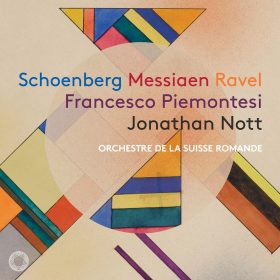 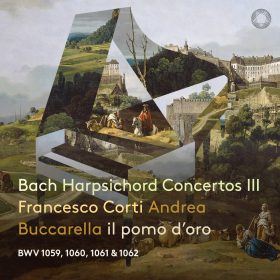 B2B only: Bach Harpsichord Concertos Part III
Buy now
We would like to use our own and third party cookies and similar technologies for statistics and marketing purposes. You can set your preferences by selecting the options below. Withdraw your consent at any time via the shield icon.
Cookie SettingsAccept All
Manage consent