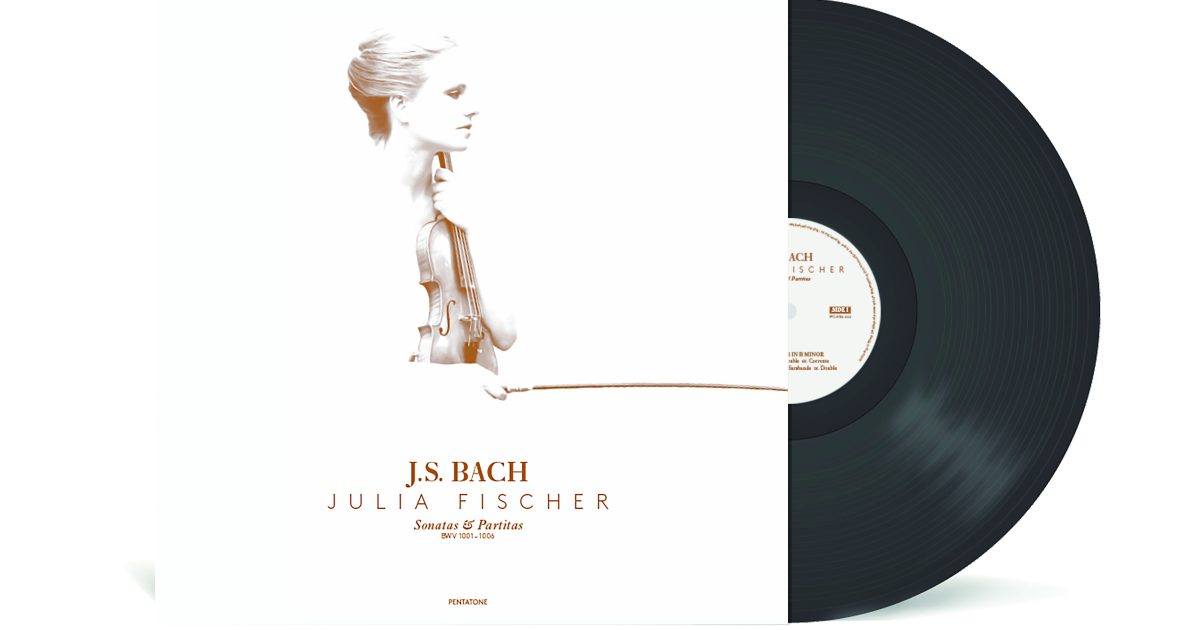 “The most immediately striking aspect of Julia Fischer’s playing, technically speaking, is its immaculate finish. Her mastery is beyond question, her ability to trace a smooth even line is a source of pleasure itself” (Gramophone)

This solo album was first released in 2005, strengthening the historical collaboration between PENTATONE and Julia Fischer. It soon became a reference album for Bach violin solo recordings. Often reviewed as the best Bach performance on violin to date, PENTATONE is now releasing one of Fischer’s most successful albums in a luxury 3 LP edition.  Being the first-ever vinyl release from PENTATONE, this called for a special piece of music and such a one is found in Julia Fischer’s masterpiece. This album is also re-released in a newly designed clamshell box with double SA-CDs. “My day has to begin with Bach, and I find it very difficult to concentrate on the music of another composer before having “cleansed myself”, as it were, with Bach. Furthermore, he is the composer who plays the most important role in my memories of childhood and development. (…) The recording at hand represents a segment of a musical journey which by no means has been concluded. My interpretation of this music is bound to change later on; nevertheless, I wanted to be able to hold on to my experience and understanding of these wonderful compositions to date.” – Julia Fischer, 21 years old, in 2005

AN ENTIRE WORLD: The Sonatas and Partitas for Solo Violin by J.S. BachThe Vinyl Edition

Julia Fischer’s award-winning 2005 album of Bach’s Sonatas and Partitas for solo violin is released here for the first time in a highly collectible LP version.

Bach’s astonishing works remain unsurpassed for their boundless inventiveness, technical ingenuity and emotional depth. With their brilliant preludes, stately dances and complex four-part fugues, the demands on the performer are enormous – from rapid scale passages, double stopping and arpeggios, to the skill and concentration required to create the illusion of separately moving and interweaving voices

Fischer’s recording for PENTATONE was showered with praise upon its first release. “Classic accounts by Milstein and Grumiaux have been usurped by this extraordinarily gifted newcomer” enthused BBC Music Magazine. “Her mastery is beyond question,” affirmed Gramophone magazine “her ability to trace a smooth, even line a source of pleasure itself.” It also achieved the rare distinction of garnering three of France’s most prestigious awards: the Diapason d’Or from Diapason; the CHOC from Le Monde de la Musique; and the highest rating from Classica-Repertoire. Julia Fischer has recorded extensively for PENTATONE and all her releases have received major recognition and awards. She plays on an Italian violin made by Giovanni Battista Guadagnini, dating from 1742.

The recording is being released for the first time in an LP version with an exquisitely realised design which combines a delicately exposed silhouette, the purist use of colour, a mathematically balanced page layout and an early 18th century typeface. With Fischer’s exceptional playing, it makes this release of Bach’s peerless works a must-have for all discerning collectors. 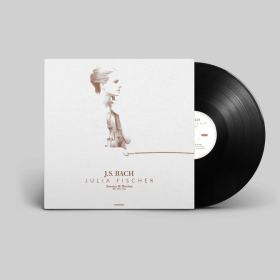 VINYL: J.S. Bach – Sonatas and Partitas for Solo Violin
Buy now
We would like to use our own and third party cookies and similar technologies for statistics and marketing purposes. You can set your preferences by selecting the options below. Withdraw your consent at any time via the shield icon.
Cookie SettingsAccept All
Manage consent