This album will be released physically as 1 CD set and in digital formats for streaming and high-resolution downloads. (Article number: PTC 5186846)

FRESH PERSPECTIVE ON BACH AS MAN AND COMPOSER

On her third PENTATONE album Bach Unbuttoned, Ana de la Vega brings together a group of exciting young soloists and the Württembergisches Kammerorchester Heilbronn to present a lively and fresh perspective on Bach as man and composer. The programme contains Brandenburg concertos Nos. 2, 4 & 5, a unique rendition on flute and oboe of the double violin concerto, as well as the breath-takingly virtuosic Badinerie for flute.

This album will be released as 1 CD set and in digital formats for streaming and high-resolution downloads. (Article number: PTC 5186893)

Maestro Herbert Blomstedt and the Gewandhausorchester Leipzig continue their integral Brahms symphonies project with a recording of the composer’s Second Symphony in D Major, alongside his Academic Festival Overture. Although idyllic and pastoral at first sight, Brahms himself remarked that he had “never written anything so sad”. Blomstedt and the orchestra bring out all the different moods and colours of this exceptional work, while the Academic Festival Overture provides a jubilant, glorious conclusion.

Blomstedt’s work as a conductor is inseparably linked to his religious and human ethos, and his interpretations combine great faithfulness to the score and analytical precision with a soulfulness that awakens the music to pulsating life. In the more than sixty years of his career, he has acquired the unrestricted respect of the musical world. The Gewandhausorchester Leipzig is the oldest civic orchestra in the world with a glorious history, and is still counted among the world’s leading ensembles. Their PENTATONE debut with Brahms’ First Symphony and Tragic Overture (2020) received rave reviews.

This album will be released as 1 CD set and in digital formats for streaming and high-resolution downloads. (Article number: PTC 5186851) 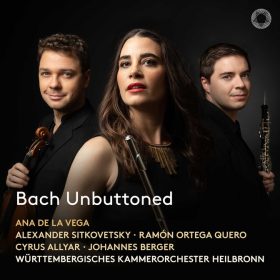