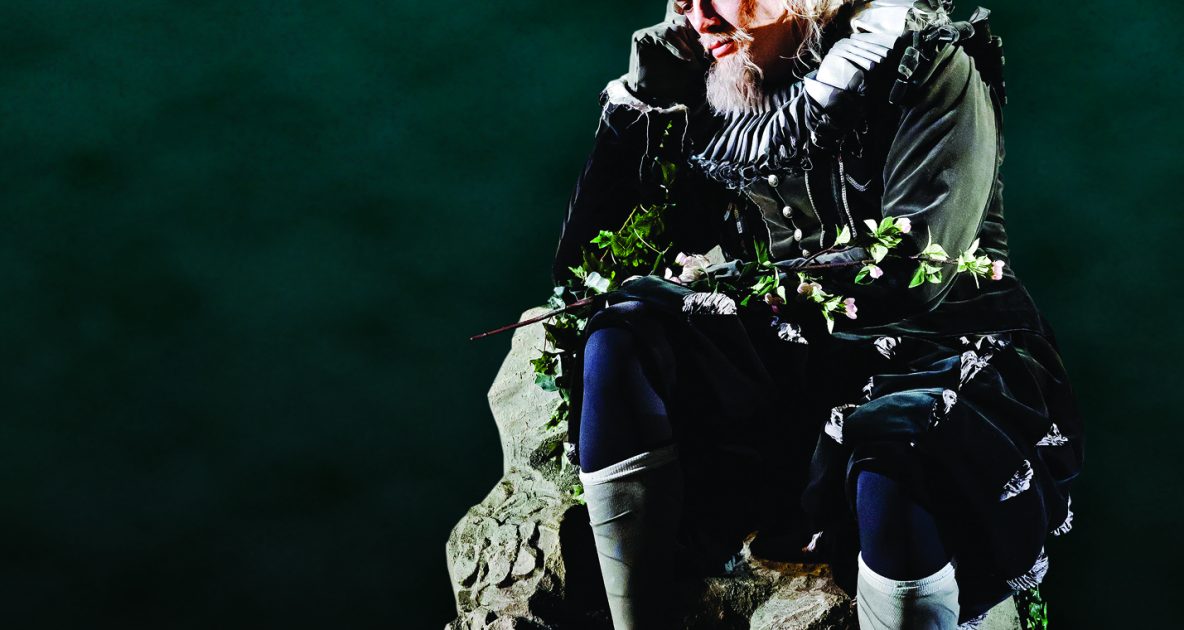 Press release: Baarn, The Netherlands, May, 2017

In June, PENTATONE releases four very interesting additions to their catalogue: Getty’s The Canterville Ghost, the third opera of the critically acclaimed and multiple awards winner  American Opera Series; Meeting of the Spirits, the new release under the PENTATONE-OXINGALE umbrella label; a magnificent reading of Beethoven’s monumental Missa Solemnis; and a sumptuous programme of rediscovered masterpieces from the Venetian Carnevale of 1729.

“While my Usher House turns Poe upside down, the libretto for The Canterville Ghost follows Wilde’s short story pretty closely.” So says Gordon Getty about his second Gothic-themed one-act opera, based on the popular short story by Oscar Wilde.    This premiere recording invites us to witness again the delightful culture clash of the Old World invaded by modern Americans, set in a haunted mansion in Victorian England.   The unhappy ghost of Sir Simon, who for centuries has tormented the mansion’s inhabitants, is no match for the new pragmatic owners. Sir Simon attempts to scare them away, but finds himself teased and terrorized by the stalwart Otis family instead. He ultimately finds peace and redemption with the help of young Virginia Otis.  Getty’s libretto and music serve up the perfect balance of humor and humanity required to bring the much-loved story to life.

The Canterville Ghost was first performed in 2015 at Leipzig Opera, with Matthias Foremny conducting the Gewandhaus Orchestra and an international cast of singers.  The opera serves as the perfect comic foil to the more sinister and disturbing tale of the previous opera, which was loosely based on Poe’s The Fall of the House of Usher. To say it in Gordon Getty’s own words “The Canterville Ghost is romantic comedy, though with heartbreak and redemption along the way.

The dos and don’ts of romantic comedy are pretty much eternal. Wilde has given us one, in short story form, of unique beauty and genius. We laugh and cry, and are enriched. I added music, and some words, with the same intention.” This album will be released as 1 Super Audio -CD and in digital formats for streaming and high resolution downloads. (Article number: PTC 5186541)

Called “one of the most original and compelling jazz albums in recent memory” (Montreal Gazette), Matt Haimovitz and Uccello’s Meeting of the Spirits gets a surround-sound makeover for the PENTATONE Oxingale series. Featuring jazz milestones re-imagined for a big band of cellos, arranged by composer David Sanford, the 2010 Grammy-nominated album was hailed by All About Jazz as “a captivating recording from start to finish … Haimovitz and Sanford have created a work of great beauty.” The cellos wail, slide, and swing in an all-new big band sound – joined by dazzling musical contributions from guitar legend John McLaughlin, percussionist Matt Wilson and Jan Jarczyk on keyboards – in works by Ornette Coleman, Charles Mingus, John McLaughlin (Mahavishnu), Miles Davis, Billy Strayhorn and other jazz greats. NPR says, “This agile band of players, led by such a free spirit, makes almost everything sound fresh.” This album will be released as 1 Super Audio -CD and in digital formats for streaming and high resolution downloads. (Article number: PTC 5186659)

The conductor Marek Janowski and the Rundfunk Sinfonieorchester Berlin continue their critically acclaimed collaboration with PENTATONE in a magnificent reading of Beethoven’s monumental Missa Solemnis, recorded live at the Berlin Philharmonie in September 2016 in partnership with Deutschlandradio Kultur.  Considered by many to be his finest work, with the Missa Solemnis Beethoven updated the choral traditions of Handel and Bach with his own ineffable style to create a startlingly original and dramatic large scale work.

By turns intimate and deeply moving, it’s also one of his most forward-looking works. With consummate skill, Beethoven marshals the disparate elements of liturgical, secular and operatic expression in a wholly original and compelling way. From the jubilant Gloria with its ecstatic outbursts, to the radiant Benedictus with its soaring, ethereal solo violin, it’s a riveting experience. And Beethoven constantly surprises throughout, especially in the closing Agnus Dei where the serenity is shattered by a terrifying militaristic outburst, eventually subsiding for a radiant conclusion. Marek Janowski is no stranger to our catalogue; his recordings with the Rundfunk Sinfonieorchester Berlin of the ten mature operas of Wagner were universally praised for setting new musical standards. The BBC Music Magazine described the Tannhäuser release as “…the best recording since that made in Bayreuth in 1962”. Also recorded in the superb acoustics of Berliner Philharmonie, the Parsifal release was praised by the critic Michael Tanner who wrote that the sound was “…so realistic as to be almost alarming.” Marek Janowski and the Rundfunk Sinfonieorchester Berlin are joined on this recording by the world famous MDR-Rundfunkchor Leipzig and the soloists Regine Hangler (soprano), Elisabeth Kulman (alto), Christian lsner (tenor) and Franz-Josef Selig (bass). This album will be released as 1 Super Audio -CD and in digital formats for streaming and high resolution downloads. (Article number: PTC 5186565)

The opulence and extravagance of The Carnival of Venice in 1729 is recreated in this sumptuous programme of rediscovered masterpieces. The Carnival of Venice in 1729 was quite unlike any other. Over a period of two months, opera houses went into a frenzy of competition to show off the most famous singers of the day, including the legendary castrato Farinelli who made his astonishing Venetian debut. Several of the most fashionable composers rose to the occasion, writing ravishing music for spectacular productions which often pitted the singers against each other in breathtaking displays of virtuosity.

The results were  sensational; one tour de force followed another in an atmosphere of fevered excitement and the adoring public lapped it up.  The carnival opened with a star-studded cast in Leonardo Leo’s tragedy Cantone in Utica from which the dazzling aria Soffre talor del vento and the more gentle Ombra adorata are taken. Farinelli triumphed in Nicolo Porpora’s opera Semiramide, the perfect vehicle for his extraordinary technique. By contrast Adelaide by Giuseppe Maria Orlandini, another premiere, contains show-stopping displays for Farinelli’s arch rival Faustina Bordoni. And Germiano Giacomelli’s elegant opera Gianguir contains the achingly beautiful aria Mi par sentir la bella. Most of these rediscovered works are recorded here for the first time.  “The excellent musicians of the fantastic period-instrument ensemble … get it all perfectly right: every tone, every phrase, coloratura and accompaniment”  (Süddeutsche Zeitung). The critically acclaimed Il pomo d’oro is an Italian baroque ensemble founded in 2012 with a special focus on opera with authentic performances on period instruments. With a repertoire that includes leading roles in operas by Rossini, Mozart, Gluck, Handel, Vivaldi, Monteverdi, Purcell, Bizet and Massenet, Ann Hallenberg is a much in demand Swedish mezzo-soprano and has recorded over 40 CDs, her solo CD Agrippina winning the award for best operatic recital at the International Opera Awards in May 2016.

The baroque violinist and conductor Stefano Montanari is a much sought after guest conductor with both modern and period orchestras. This album will be released as 2 Super Audio -CDs and in digital formats for streaming and high resolution downloads. (Article number: PTC 5186678) 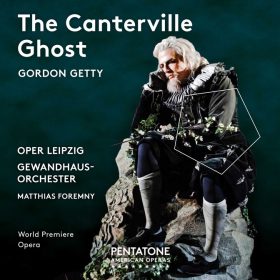 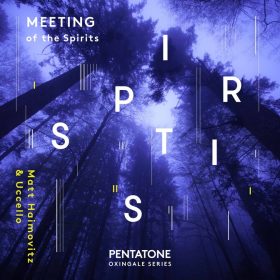 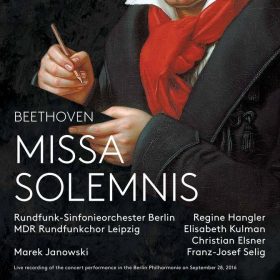 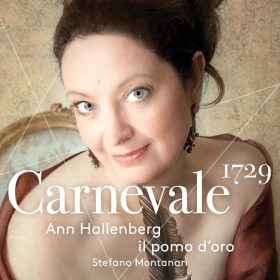 Exclusive Insights by Composer Gordon Getty on his opera, The Canterville Ghost

“Wilde has given us one, in short story form, of unique beauty and genius. We laugh and cry, and are enriched. I added music, and some words, with the...