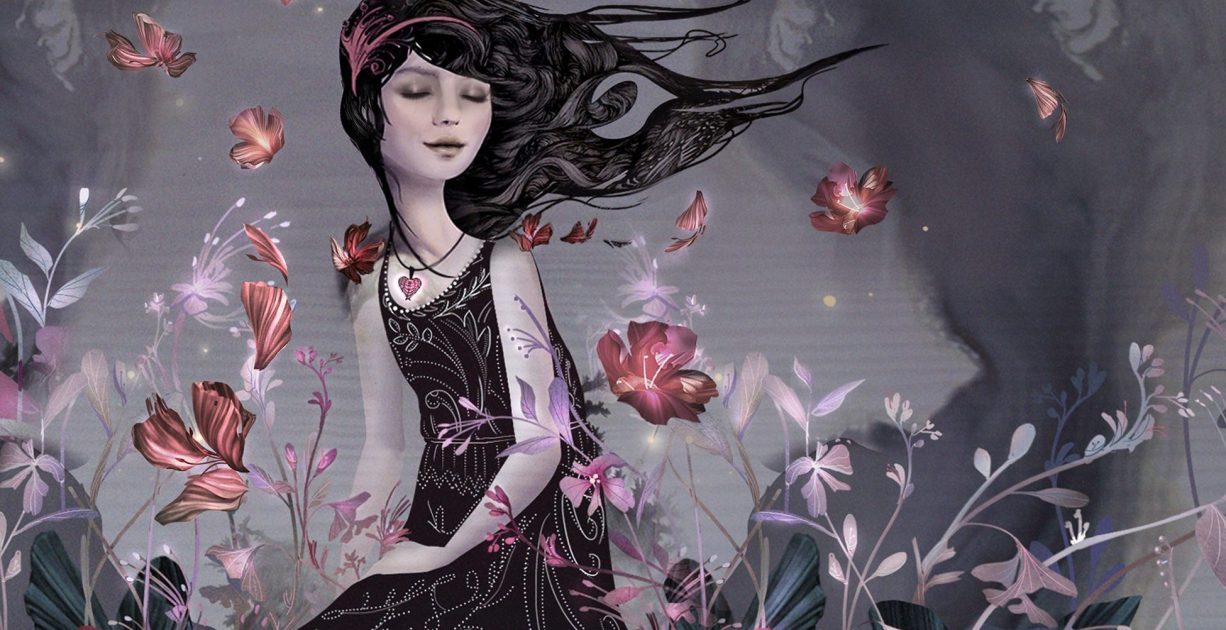 Exquisite images by the award-winning creative studio Mirada unfold the tale, and the boxed cd-and-story package includes a coloring poster, stickers and cards for sharing the magic. Originally released in 2013, and accompanied by premiere performances in Los Angeles and at Carnegie Hall in New York, this is the first international release of Angel Heart. “Angel Heart” is a story designed to slip straight into the imagination of a young mind,” says The New York Times, “it has both the simplicity and the dark undertow of a fairy tale.” A forthcoming German version of the album will feature narration by the author.

SYNOPSIS The whimsical tale paints a colourful nighttime journey of magic and healing. Rahmiel, the angel of love and compassion, discovers Luna, a young girl with hair as dark as the night, crying by a pond. The angel fills the night with laughter and song and rainbows made from starlight, but Luna’s heart is still in a thousand pieces. Rahmiel knows someone: he takes her to the witch that can heal broken hearts who calls on a man-made of raven feathers for help. She tells Luna: “we know best who we are when we are very young.” Together Rahmiel and a newly child-like Luna visit the Spirits of the East, North, West, and South, whose lullabies wash away and heal her pain, mend her heart and make it strong again. Luna smiles in her sleep as she turns back into the beautiful girl that Rahmiel first saw. The Angel’s work is done.  ABOUT LUNA PEARL WOOLF

A prolific and imaginative producer, Woolf has been instrumental in spearheading Oxingale Productions, Inc. with cellist and co-founder Matt Haimovitz. As producer of thirteen recordings on Oxingale Records, Woolf has worked closely with performers such as Haimovitz and pianist Christopher O’Riley, the Miro quartet and others to release critically acclaimed albums that have been nominated for GRAMMY, JUNO and INDIE awards and frequently appear in the press’s top ten lists, including Amazon’s Best Classical Instrumental Album of the year in 2003.

In 2010 she launched Oxingale Music, publishing the works of award-winning contemporary composers such as Lewis Spratlan and David Sanford, and including a range of pieces recorded on Oxingale Records.

One of the world’s most successful children’s and young adult authors. Her books have been translated into 37 languages, published in 43 countries, and have worldwide sales of more than 20 million copies. Her most popular works include Dragon Rider, The Thief Lord, the Inkheart trilogy and MirrorWorld, a fantasy series for all ages. The German author writes her stories longhand in her writing house in California. 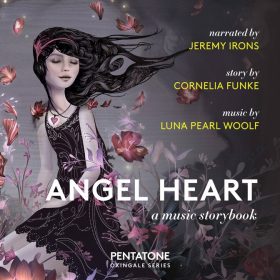 The Launch of PENTATONE’s Children Audiobooks

In connection to the World Children’s day, PENTATONE is delighted to announce the release of five audiobooks: Prokofiev’s Peter and the...