Opera News wrote an extensive review on our release of the widely praised and unique box set of Wagner’s complete Ring des Nibelungen. The Ring is performed by the Rundfunk-Sinfonieorchester Berlin, and conducted by Marek Janowski. The box set contains 13 sacd’s with the complete Ring and as well a 256 page booklet with libretto’s and various essays.

According to the review

”The storm launches Die Walküre with real ferocity, and Siegmund draws the sword from the tree in a gleaming climax. In Act II, Wotan unburdens himself to Brünnhilde quickly, but she spaciously announces Siegmund’s death. In Siegfried’s Forest Murmurs, the Rundfunk-Sinfonieorchester Berlin spreads an idyllic carpet of beauty. When dawn breaks in Götterdämmerung’s Act II, the ear can distinguish the individual horns.”

”In Walküre, Robert Dean Smith’s heroic and lyrical Siegmund is so consistently excellent that one would have to invoke such unique talents as Melchior and Vickers to find him wanting. Melanie Diener’s Sieglinde begins with soft attacks, a timid abuse victim of Riihonen’s dull Hunding, but she soon gains confidence, strength and beauty. Vermillion and Konieczny are evenly matched in the Fricka–Wotan spat—each formidable, neither sympathetic. In a Ring in which so much is sonically crystal-clear, Petra Lang’s Brünnhilde is curiously cloudy, her tone unfocused, her enunciation indistinct, as if she were singing through a veil. Her Valkyrie sisters are well balanced. Konieczny unblackens his timbre and achieves some nobility in Wotan’s farewell.”

Read the full review on the website of Opera News. 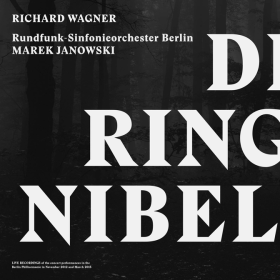 At the starting day of the Bayreuther Festspiele, the grand festival particularly for Wagner, Dutch national newspaper ‘Trouw’ comes with a two...