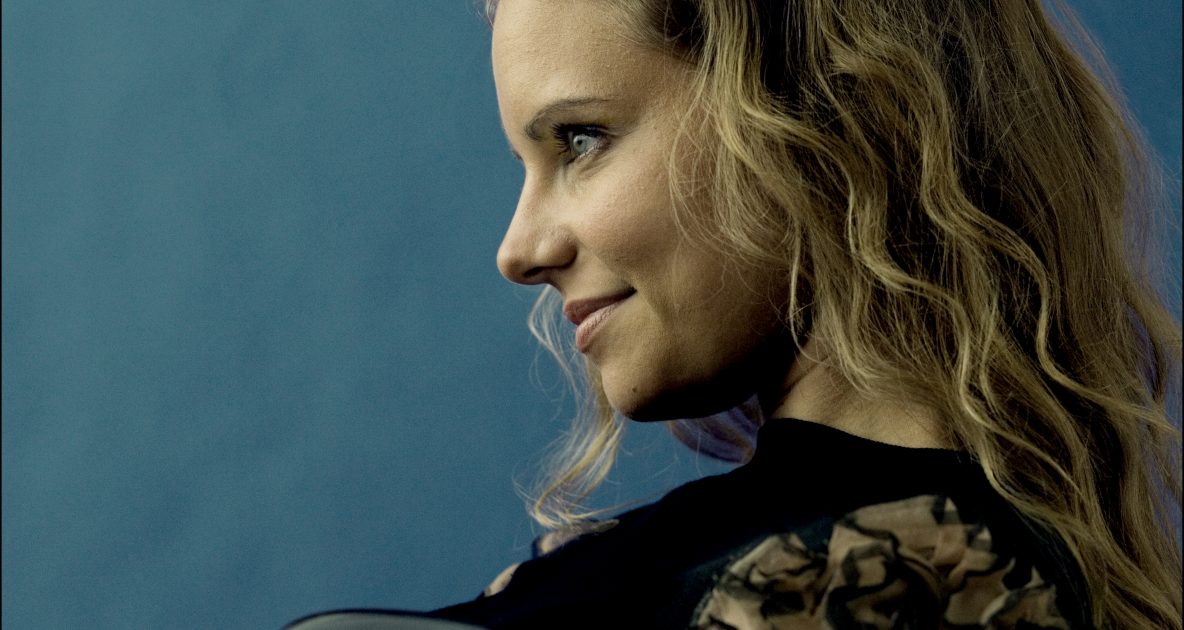 Upcoming November, the debut album of star violinist Julia Fischer will be re-released in a great new design! The album contains Khachaturian / Prokofiev / Glazunov – Russian Violin Concertos, performed together with the Russian National Orchestra and conducted by Yakov Kreizberg. For the original release, Fischer shared some exclusive insights on the repertoire and her dreams to become one of the greatest violinists of her time. More than a decade later it has become clear that dreams come true!

”Many of you will probably wonder why I chose these violin concertos in particular for my first CD. To be perfectly honest, it was more a matter of coincidence, together with an idea of Yakov Kreizberg’s, that led to the compilation of this programme. We met in October 2003 in Philadelphia, where we were performing Khachaturian’s Violin Concerto; and as we enjoyed working together on the music so much, we immediately started looking for a chance to record this wonderful work. After it was settled that the Russian National Orchestra would work on this recording, I felt immediately inspired to add a further two Russian concertos to the programme.

The Khachaturian had always been a dream piece of mine – ever since I first heard the music, I wanted to play it. However, as soon as I proposed playing this concerto, I usually encountered strong opposition from conductors and concert promoters alike. Not until the 100th anniversary of the composer’s birth did I actually manage to perform this concert in public. I have never understood the aversion to this piece, as I consider it to be one of the most exciting works to have emerged from the 20th century. I first heard the concerto as an 11-year-old, when a girlfriend played it with a student orchestra during a class. The themes immediately resounded from every direction, they were played, sung and “danced” without interruption and the rhythmic motif, which can be heard throughout the entire first movement and is first played on the solo violin, thus becomes a kind of signal to all participants. At the time, I noticed straight away how impressive this work could be, and since then I have striven to establish it as part of the standard violin repertoire. From the point of view of the violinist, it is a highly rewarding work, and the ensemble-playing with the orchestra is original and delightful. Above all, though, the origins of the composer – his native Armenia – are clearly audible in this concerto.

Serge Prokofiev’s Violin Concerto No. 1 contains all the typical characteristics of the composer – his Russian side, his sarcastic side, his ironic side and also his lyrical side. In this work, it is mainly the composer’s lyrical side which fascinates me, as well as his symphonic manner of writing. The violin is well and truly embedded in the orchestral sound.Another violin concerto I have always wanted to play, yet never had the opportunity to do so, is Glazunov’s Violin Concerto. It is a true pleasure for a violinist to play this work – absolutely delightful and rewarding for the instrument, with really catchy themes as well as dialogues with all orchestral instruments. It would be difficult to come across more romantic or exciting examples in chamber music. What a joy to play this concerto with the Russian National Orchestra – one would be hard put to find an orchestra which has played this work more often or with more representative soloists.Ever since I was small, I had always wanted to play in Moscow: my greatest example had always been David Oistrach. When I first entered the Tchaikovsky Conservatoire, I became aware of the atmosphere that has dominated this building for decades now – only the music counts, only the search for the hidden meaning of a work. Yakov Kreizberg is a musician for whom precisely this task of interpretation is what matters. That is what made working with him so unique and incomparable, and therefore I am delighted to have been able to record my first CD with him.”- Julia Fischer

Khachaturian / Prokofiev / Glazunov – Russian Violin Concertos
Buy now
We would like to use our own and third party cookies and similar technologies for statistics and marketing purposes. You can set your preferences by selecting the options below. Withdraw your consent at any time via the shield icon.
Cookie SettingsAccept All
Manage consent