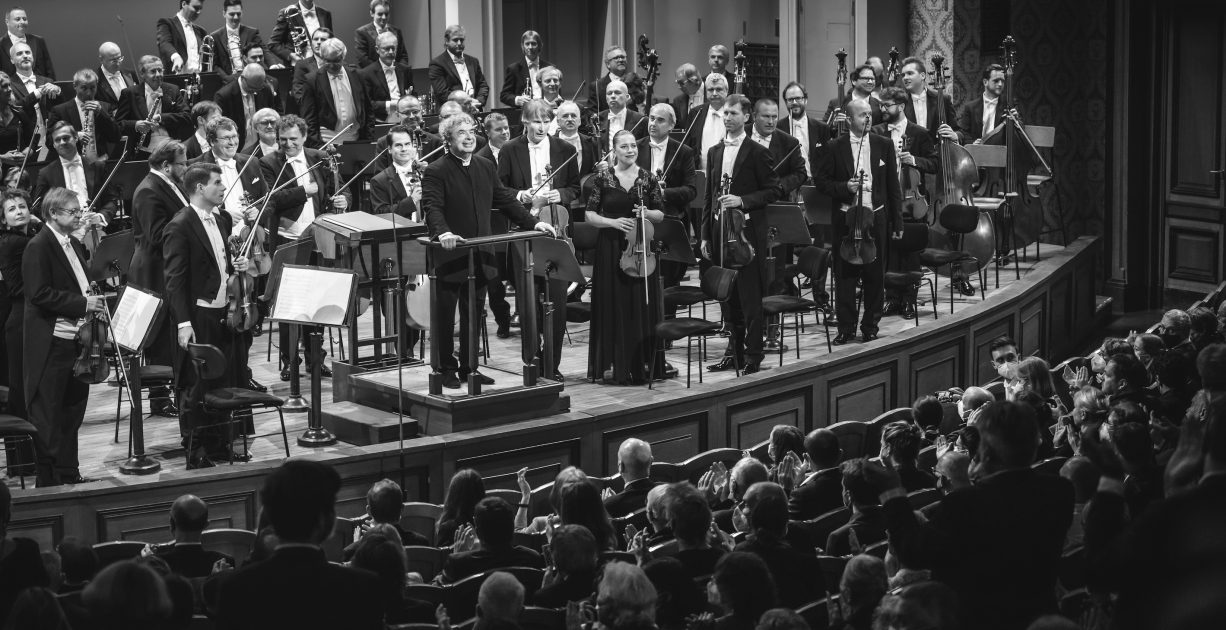 PENTATONE is delighted to announce a long-term partnership with the Czech Philharmonic. There are a handful of orchestras in the world whose sound culture, while firmly rooted in a particular realm of repertoire, transcends generations and shifting national boundaries – the Czech Philharmonic among them.

“The Czech Philharmonic counts among the most storied and revered orchestras in the world. While rooted in the music itself – and what glorious music, what wealth of tradition! – this ambitious new partnership is also a reflection of shared values. It is a commitment to the transmission and celebration of a certain heritage, expertly shaped for our time by the orchestra’s Music Director, Semyon Bychkov, as well as Principal Guest Conductor Jakub Hrůša. We are extraordinarily proud and excited to embark on this journey with them.“

It is extraordinarily fortunate and beautifully symbolic that we have at the onset of this journey two conductors sharing the transmission duties, the orchestra’s current Music Director Semyon Bychkov on the one hand, and the most important Czech conductor to have emerged in this generation, Principal Guest Conductor Jakub Hrůša on the other, paving the way for other distinguished members of the Czech Philharmonic’s family of conductors further down the line.

“All of us here at the Czech Philharmonic have long admired Pentatone’s steadfast dedication to making quality recordings and their constant effort to reach and inspire an ever-wider audience of music lovers. We through our in-house producing house Czech Phil Media have a number of long-term plans including recording all of the symphonic works of Mahler, who was born in Bohemia; a complete Josef Suk symphonic cycle; and a selection of works by Dvořák. In Pentatone, we see the perfect partner for all these projects and more, sharing both their ambition for excellence and desire to make a difference to peoples’ lives through the power of music.”

In the years to come, we will release selected symphonies and symphonic works by Smetana, Dvořák and Suk, as well as Pentatone’s first-ever full cycle of Mahler Symphonies. Several of these works be recorded for the first time, while documenting the orchestra’s first cycle on record since their treasured survey of the corpus under Václav Neumann in the 1980s.

The first album to kick off this incredible collaboration is Mahler Symphony No. 4, to be released in April.

Mahler Returns to His Native Soil

The Czech Philharmonic and its Chief Conductor and Music Director Semyon Bychkov present a new recording of Mahler’s Fourth Symphony, laying the foundation of a complete Mahler symphonies cycle to appear on PENTATONE. It will be the label’s first-ever full Mahler cycle, and the Czech Philharmonic’s first survey of this extraordinary symphonic opus since their recording under Václav Neumann between 1976 and 1982. Although chiefly active in Vienna during the heyday of his career, Mahler was born in what is now the Czech Republic, and through this recording project, he returns to his native soil. For conductor Semyon Bychkov, Mahler’s symphonies are all about expressing the polyphony of life, and recording these works is the fulfillment of a life-long fascination. This cycle deliberately starts with the most popular and frequently played Fourth, famous for its macabre scherzo, soothing slow movement, and heavenly finale, sung by soprano Chen Reiss. The Czech Philharmonic is one of the world’s most acclaimed orchestras, with a rich tradition of performing Czech masters and music from Central Europe. Semyon Bychkov has led the greatest orchestras in the world and is Chief Conductor and Music Director of the Czech Philharmonic as of the 2018/2019 season. Soprano Chen Reiss frequently appears on the biggest opera and concert stages throughout the world. Chen Reiss, Semyon Bychkov, and the Czech Philharmonic all make their PENTATONE debut.