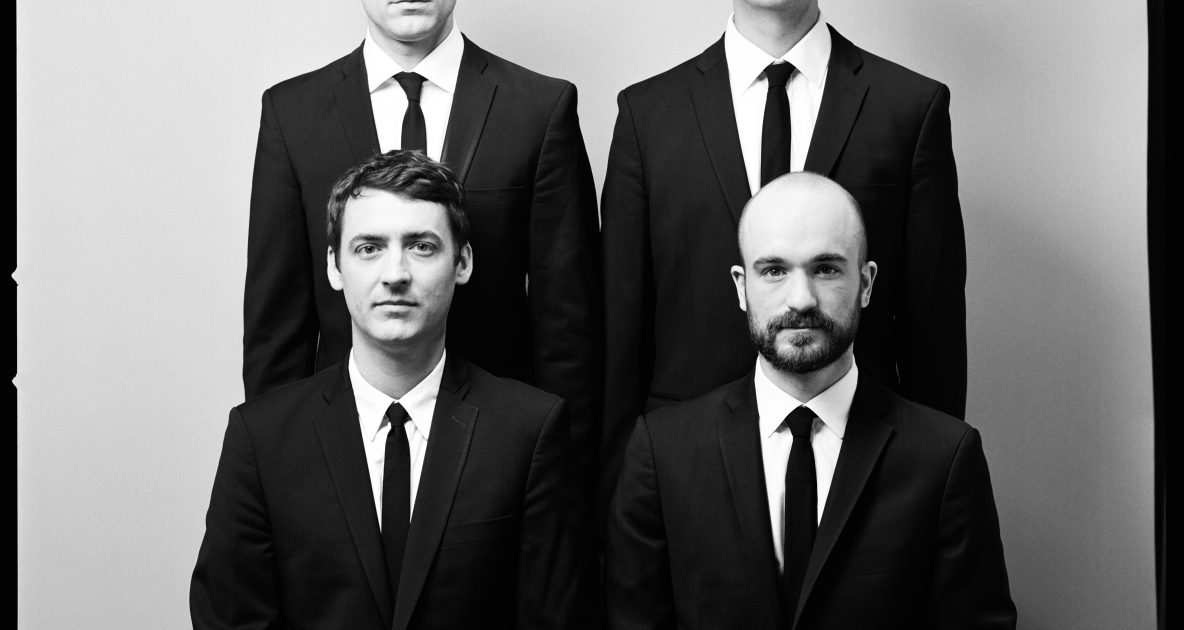 “…Every time I hear the Calder, the ensemble seems to have reached a new level. That remains true, and now only the stars are the limit, as the Calder takes its place as one of America’s most satisfying — and most enterprising — quartets.” – Los Angeles Times

The California-based Calder Quartet has signed an exclusive global recording deal with PENTATONE. Equally at home and fluent with the music of Mozart or Adès, Eötvös or Haydn, Terry Riley or Messiaen, the group’s first album on the label will focus on some of Beethoven’s seminal quartets, exploring an essential part of the master composer’s opus.

Quote from the Calder Quartet

“We are honored to sign with the Pentatone label, with its venerable catalogue and dedication to recording classical music. Since our founding we have dedicated ourselves to understanding and fulfilling the intent of composers, both of the present as well as the past. We are looking forward to this relationship and the opportunity to catalogue and curate the breadth of our endeavours in our new home.”

“We are thrilled to welcome the Calder Quartet to the PENTATONE family. Their dynamism and artistic versatility, combined with their remarkable commitment to the music of our time clearly sets them apart in a crowded field. We look forward to developing a broad and ambitious range of recording projects with them over the next years.”

ABOUT THE CALDER QUARTET

Winners of the prestigious 2014 Avery Fisher Career Grant, they are widely known for the discovery, commissioning, recording and mentoring of some of today’s best emerging composers (over 40 commissioned works to date). The group continues to work and collaborate with artists across musical genres, spanning the ranges of the classical and contemporary music world, as well as rock and film/tv soundtracks, and in venues ranging from museums to Carnegie and the Hollywood Bowl. Inspired by innovative American artist Alexander Calder, the Calder Quartet’s desire to bring immediacy and context to the works they perform creates an artfully crafted musical experience.

In 2011 the Calder Quartet launched a non-profit dedicated to furthering its efforts in commissioning, presenting, recording, and education, collaborating with the Getty Museum, Segerstrom Center for the Arts, and the Barbican Centre in London. The Calder Quartet formed at the University of Southern California’s Thornton School of Music and continued studies at the Colburn Conservatory of Music with Ronald Leonard, and at the Juilliard School, receiving the Artist Diploma in Chamber Music Studies as the Juilliard Graduate Resident String Quartet. The quartet regularly conducts master classes and has taught at the Colburn School, the Juilliard School, Cleveland Institute of Music, University of Cincinnati College Conservatory and USC Thornton School of Music.