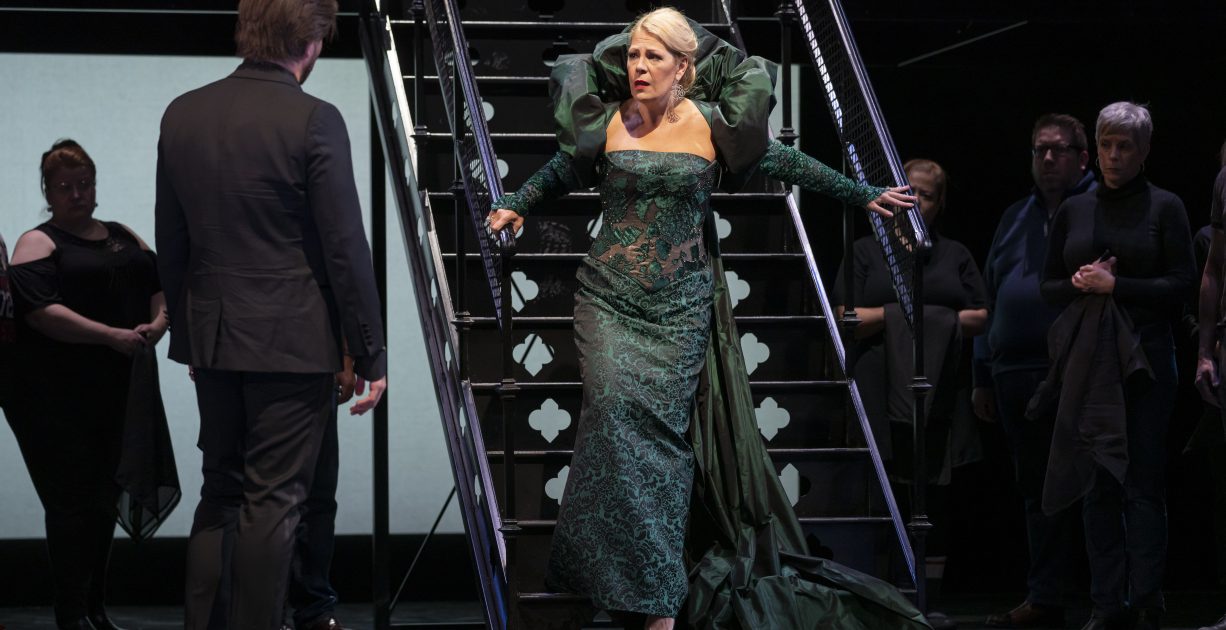 “The Three Queens” receives a 5-star review by Diapason

“But how at home she is in this music that combines drama with elegy! Maria Stuarda is perhaps the finest achievement: floating highs, phrasings of pure nostalgia, heart-rending accents that never lose their elegance, and those little frailties which, when they are of a big one, become that of the character and crucify your heart.”

The Three Queens presented by Lyric Opera of Chicago and interpreted by soprano Sondra Radvanovsky, who performs them together with an excellent ensemble of soloists under the baton of Donizetti specialist Riccardo Frizza, received a wonderful 5-star review in Diapason’s April issue!

“In 2015-2016, the Met displayed Donizetti’s “Tudor Trilogy” with Sondra Radvanovsky in the roles of Anna, Maria and Elisabetta (Roberto Devereux). Only Beverly Sills had once dared the same challenge, at the New York City Opera. A recital, bringing together the three final scenes preceded by the three overtures, followed at the end of 2019 at the Lyric Opera of Chicago.

Rare were the sopranos to approach the three Donizettian queens: besides Sills, Leyla Gencer, Montserrat Ca-ballé and Mariella Devia. Their vocality requires complex qualities and is exhausting if one puts end to end the final apotheoses of each opera, scenes of madness or psychic sublimation pushing the performer to his entrenchments of performance and technique: everything is needed – belcantist virtuosity, means expanded and fiery temper.

We appreciate the lively and steady direction of Ricardo Frizza, at the head of invested and exact phalanxes. He knows how to lead the narrative arc of the three finals even in moments of extreme tension, and to support Radvanovsky in his royal way of the cross – three women in mourning for their love, and on the threshold of death or abdication. We are sensitive to the truth of live, which also reveals some human imperfections: we note here and there a little low intonation. a support taken aback in the bass, an overly metallic treble. But how at home she is in this music that combines drama with elegy! Maria Stuarda is perhaps the finest achievement: floating highs, phrasings of pure nostalgia, heart-rending accents that never lose their elegance, and those little frailties which, when they are of a big one, become that of the character and crucify your heart. Generous song with wild lyricism, Anna Bolena risks very slow tempos at the start of the evening, but nourished and inhabited, springboards for a “Coppia, iniqua» electric. Yet at the end of the course, Elisabetta boldly displays renewed energy and colours: the Radvanovsky snarls, taunts, bites, finally frightens. Register of chest in shield, bursts which dazzle you, glottic attacks which sob (barely), pianissimo subito to die for – Gencer reincarnated? Forget slag or a Smeton with a US accent: an exceptional document for those who love “Tudor Queens” and divas.” 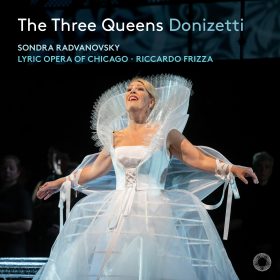 A Personal Note from Sondra Radvanovsky on “The Three Queens”

“The Three Queens project has been a very special highlight of my career. It is very rare when something comes together so quickly and easily....

Springtime is already here! We are celebrating with a 50% discount across our albums released before 2022, including guitarist Sean Shibe’s first...