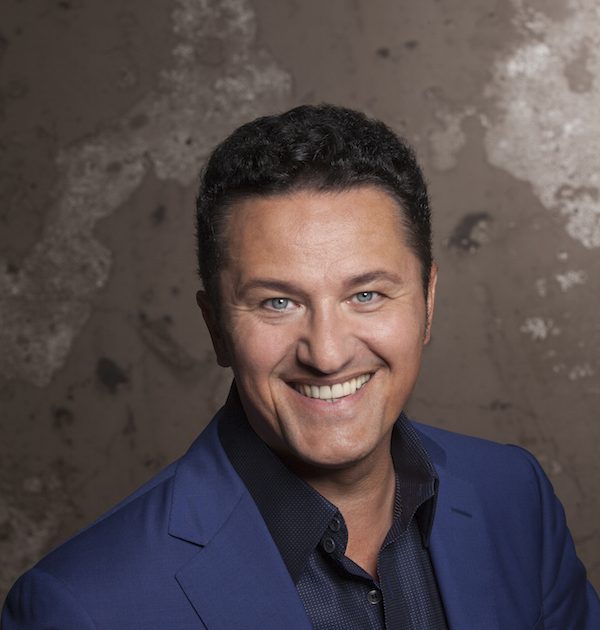 “Piotr Beczala has the kind of voice you want to hang medals on.”

PENTATONE is delighted to announce that Polish tenor Piotr Beczala, one of the most celebrated vocalists of our time, has signed an exclusive, multi-album contract with the label.

His first solo recording on Pentatone will focus on the works of Puccini and his contemporaries, and include some of the repertoire’s most beloved arias. Further details will be announced at a later date.

Piotr Beczala sang his first Don José in Bizet’s Carmen to wide acclaim earlier this week at the Wiener Staatsoper.

“I truly look forward to a new challenge and to this collaboration with PENTATONE – a company with a glorious past that now seems ready for a bright future. I look forward to working with an enthusiastic team that understands the modern age, but also cherishes traditional values. This combination creates fabulous prospects for beautiful recordings. Stay tuned!”

“I have known and admired Piotr Beczala for over a decade, and it has been fascinating to watch him emerge as one of the finest (some would even say the finest) tenors on the scene today: the elegance, the artistry, the integrity – the beauty of his singing is unparalleled. Our previous collaborations definitely count as personal highlights, and it is an extraordinary privilege to continue documenting this journey with him, as he extends his already vast repertoire.”

“I am thrilled to welcome Piotr Beczala and really looking forward to the collaboration with such an outstanding tenor. This is a wonderful opportunity to continue the expansion of our vocal catalogue with the first planned project, focusing on works of Puccini and his contemporaries.”

Piotr Beczala is one of the most sought-after lyric tenors of our time and a constant guest in the world’s leading opera houses. The Polish-born artist is acclaimed not only for the beauty of his voice, but also for his ardent commitment to each character he portrays.  In addition to his operatic work, he has sung many of the great choral and orchestral vocal works with the world’s most distinguished orchestras and maestri.

Piotr Beczala´s 2017/18 season began in Barcelona at the Gran Teatre del Liceu with Un Ballo in Maschera. After that, he returned to the Vienna State Opera with his long-awaited role debut as Maurizio in Adriana Lecouvreur, alongside Anna Netrebko in the title role, to the Munich State Opera as Edgardo (Lucia di Lammermoor) and to the Berlin State Opera as Rodolfo (La Bohème). Furthermore, Piotr Beczala can be heard in Carmen at the Vienna State Opera and in Luisa Miller (Rodolfo) at the Metropolitan Opera in New York. Returning to the Zurich Opera House, Mr. Beczala headlines a revival of Werther and takes up his great success as Prince Sou-Chong in Das Land des Lächelns once more.  He starts off his concert season with an Operetta Gala in Baden-Baden, Budapest and Cologne and a Gala concert at the International Music Festival Český Krumlov. Following that, he sings recitals at Carnegie Hall in New York, the Opéra Garnier in Paris, in Munich at the National Theatre and at the Schubertiade in Schwarzenberg, Austria.

Piotr Beczala has made numerous recordings to great acclaim. Most recently, an operetta album and a collection of French arias were released on Deutsche Grammophon to critical acclaim. He can also be seen and heard on CD and DVD-recordings of the 2012 New Year’s Eve concerts at the Semperoper in Dresden, and of his celebrated role debut as Wagner’s “Lohengrin” in 2016, both conducted by Christian Thielemann and released on CD and DVD by Deutsche Grammophon. His latest recording for Deutsche Grammophon, “The French Collection” was released internationally in 2015. A DVD of his stunning debut in the title role of Lohengrin opposite Anna Netrebko as Elsa was released internationally in 2017.

In 2014 Mr. Beczala was awarded at the ECHO Klassik Award as “Singer of the Year”.