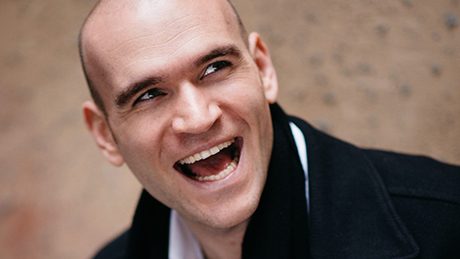 “What everyone who attended a concert by the Opera Orchestra of New York at Avery Fisher Hall on Monday night seemed to be thinking when the show was over might have been summarized in a Twitter post: “Michael Fabiano OMG.” The sentiment was evident whenever that tenor opened his mouth, to judge by the prolonged ovations and shouts that followed.”

PENTATONE is delighted to announce that American tenor Michael Fabiano, one of the most exciting talents to emerge in recent years, has signed a long-term, exclusive deal with the label.

This new partnership will showcase the breadth of his repertoire over several albums, and will be inaugurated next year with a collection of Verdi and Donizetti arias, featuring the London Philharmonic Orchestra under the baton of conductor Enrique Mazzola.

“I am proud to be joining the Pentatone family. Their commitment to excellence and dedication to collaboration, creates a wonderful environment in which to work, and I am looking forward to a long and mutually rewarding artistic partnership.”Quote from Renaud Loranger, Vice President Artists and Repertoire, PENTATONE“Even in a generation not devoid of extraordinary singers, Michael Fabiano clearly stands out: his golden-age voice and magnetic performances captivate audiences, on both sides of the Atlantic. It has been thrilling to watch his career blossom over the last decade, and it is an even greater thrill to welcome him to the Pentatone roster. We look forward to his solo debut on the label.”

Of Michael Fabiano’s debut as Lensky in Tchaikovsky’s Eugene Onegin at the Royal Opera, The Sunday Times in London wrote: “I can’t think of a Lensky at Covent Garden who has held the audience so spellbound in 40 years of Onegin-going… a glorious debut.” The recipient of the 2014 Beverly Sills Artist Award and the 2014 Richard Tucker Award, Mr. Fabiano is the first singer to win both awards in the same year, and is considered one of the greatest tenors in the world today.

In the 2018/19 season, Mr. Fabiano makes his Lyric Opera of Chicago debut as Rodolfo, opening their season in a new production of La Bohème. He returns to the Metropolitan Opera for his role debut as Faust in Boito’s Mefistofele followed by Rodolfo in La Bohème, and portrays a second incarnation of Faust when he assumes the title role in the Gounod opera at the Royal Opera. His debut at Staatsoper Berlin follows, where he will sing the Duke in a new production of Rigoletto, followed by another role debut as Carlo VII in Verdi’s Giovanna D’Arco at the Teatro Real.

This season, he opened the Royal Opera in a new production of La Bohème conducted by Antonio Pappano, and sang the Duke in Rigoletto, a role in which he made his debut at the Los Angeles Opera. Mr. Fabiano sang his first Des Grieux in Massenet’s Manon at the San Francisco Opera, with subsequent performances in Bilbao at ABAO-OLBE. He performed in recital for Oper Frankfurt, returned to the Metropolitan Opera for Rodolfo in La Bohème, and Edgardo in Lucia di Lammermoor, a role he reprised for Opera Australia, and sang Corrado in Il Corsaro at the Palau de les Arts Reina Sofia. Both the La Bohème and the Rigoletto from the Royal Opera as well as the La Bohème from the Met received international HD broadcasts. In celebration of the Bernstein centennial, Mr. Fabiano finishes his season with a performance of excerpts from West Side Story at the Napa Valley Festival, and a Bernstein concert at the Ravinia Festival.

Among Mr. Fabiano’s recent career highlights are his first Don José in Carmen at Festival Aix-en-Provence, the title role in Donizetti’s Poliuto at the Glyndebourne Festival in the first performances of this opera in UK history, Jacopo Foscari in I Due Foscari at the Teatro Real, Alfredo in La Traviata at the Metropolitan Opera and Glyndebourne Festival, Jean in Massenet’s rarely performed Hérodiadeand Corrado in Il Corsaro with Washington Concert Opera, and Oronte in I Lombardi  with Opera Orchestra of New York.

On DVD, Mr. Fabiano can be seen in the title role of Donizetti’s Poliuto and Alfredo in La Traviata, both from the Glyndebourne Festival on Opus Arte, Cassio in Otello from the Metropolitan Opera on Decca, and Gennaro in Donizetti’s Lucrezia Borgia from the San Francisco Opera on EuroArts and Naxos of America.

Mr. Fabiano is the recipient of Australia’s prestigious Helpmann Award in the “Best Male Performance in an Opera” category, for his portrayal of the title role in Gounod’s Faust with Opera Australia. He is a member of the Metropolitan Opera Guild Artists’ Council and one of the founders of ArtSmart, a non-profit organization that provides free voice lessons to students in public schools in under-served neighbourhoods within the U.S. 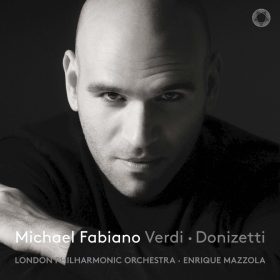 Verdi Donizetti – Fabiano
Buy now
We would like to use our own and third party cookies and similar technologies for statistics and marketing purposes. You can set your preferences by selecting the options below. Withdraw your consent at any time via the shield icon.
Cookie SettingsAccept All
Manage consent