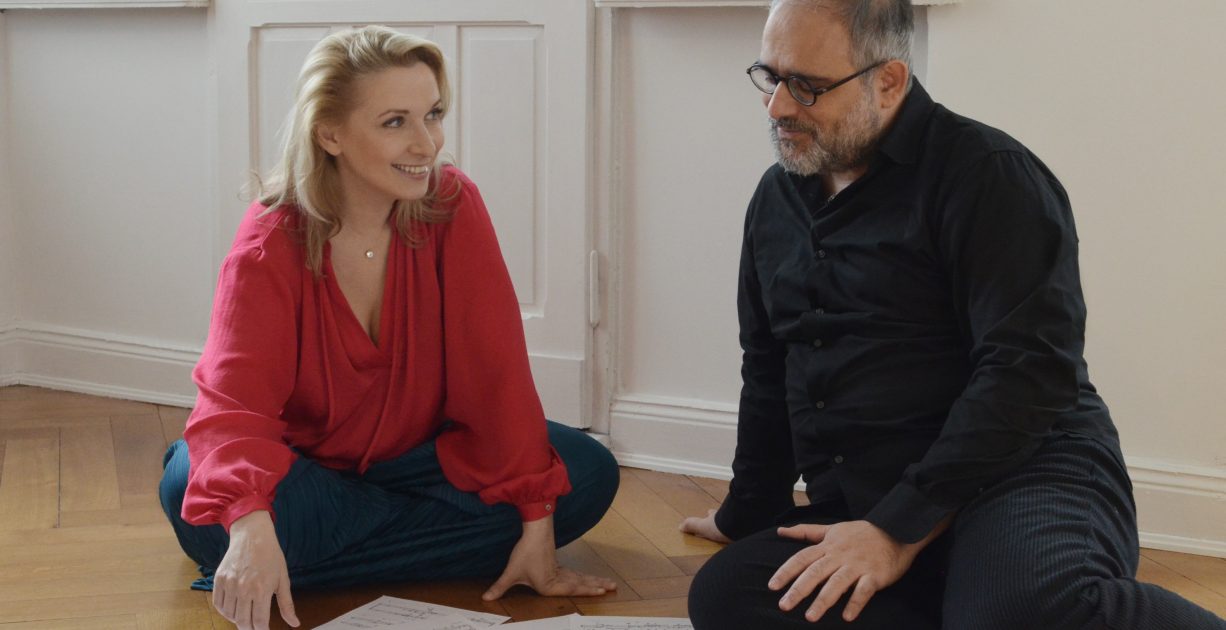 On Etudes & Frames, pianist Tamara Stefanovich presents the music of contemporary master Vassos Nicolaou. In his Etudes, Nicolaou uses virtuosity as a means to explore forms made of complex rhythms, great speed and multi-layered sound. Each of the fifteen etudes has an evocative title, and focuses on specific geometrical-choreographical movements of the hands on the keyboard, as well as on a basic acoustical idea. For Stefanovich, this set has a structural integrity not seen since Ligeti’s Etudes. Nicolaou’s etudes are paired with Frames for two pianos, on which Stefanovich is joined by PierreLaurent Aimard. Stefanovich studied together with Nicolaou and has been an important advocate of his music ever since. Dedicating an entire album to his music is a dream come true.

“Vassos Nicolaou and I first met when we were both in our twenties as students at the Hochschule für Musik in Köln. We were the ultimate nerds: working every possible second, obsessing about quality of sounds. His independent way of thinking, the unusual vocabulary with which he discussed music and his complete lack of preoccupation with the mundane all impressed me deeply.

Years later when I was invited to commission a new work to any composer I wished, Vassos was the very first on my list, and today his 15 Etudes has become a testament to an immeasurably innovative freedom, which, paired with a structural integrity not seen since Ligeti’s Etudes, offers a fresh view on the virtuosity of mind, hands and acoustical perception to an extent that I had never thought I would ever encounter — even while playing them, I am struck by the quality of illusions, which gives me the feeling of owning not just countless pairs of hands, but several pairs of ears as well.

The four-hand piece also happens to be a wonderful wedding gift from the Klavier-Festival Ruhr for Pierre-Laurent Aimard and myself and is a true jewel of originality; it has an extraordinarily orchestral scope of sound colours and simultaneously stretches and shrinks the piano at the same time, as if the limitations of sharing one keyboard with 4 hands was actually enhancing its potential for creating acoustical space.

In all these works, the pauses and silences (even when they are not there) are used as a means of expression which continuously unlocks the freedom and breath from within the work; it gives one the impression that all the richness of expressions are based on the pulsation of a rare element: it is always vital and active and always there, but somehow from a different planet. Vassos Nicolaou’s aural curiosity leads his listeners often something akin to delirium, albeit a superbly organised one.

I am deeply grateful to Harry Vogt who urged and invited us to record the complete Etudes at the WDR Studio in Köln – even after having played it for many years, I am still utterly bewitched by the recording, with its vibrant flights and superb mastery of composition.“ 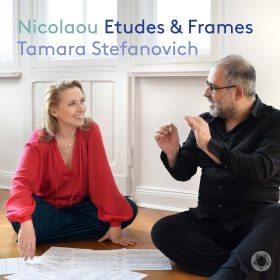 Nicolaou Etudes & Frames
Buy now
We would like to use our own and third party cookies and similar technologies for statistics and marketing purposes. You can set your preferences by selecting the options below. Withdraw your consent at any time via the shield icon.
Cookie SettingsAccept All
Manage consent