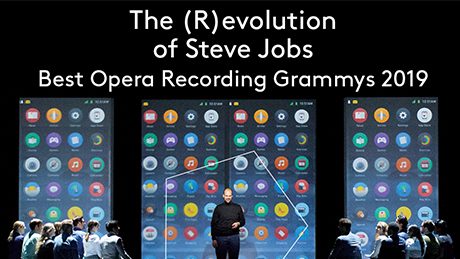 Mason Bates – The (R)evolution of Steve Jobs with The Santa Fe Opera and Michael Christie has won the Grammy Award for Best Opera Recording.

“Edward Parks gives a terrific central performance as Jobs capturing both his charisma and his cruelty in singing that swerves between persuasive elegance and caustic irony. Michael Christie conducts with plenty of energy and verve, and the playing and choral singing are exemplary in their precision. The recording itself, superbly balanced, retains the applause.” – Gramophone

Like Steve Jobs, composer Mason Bates is an innovator whose creativity breaks through boundaries, combining traditional orchestration with electronics in ways that have made him one of the most sought-after and widely programmed composers in the United States. In The (R)evolution of Steve Jobs, Bates and Campbell give us an alternative and intimate perspective of a public life, examining the people and experiences that shaped Steve Jobs: his father, his Buddhist practice, his rise and fall as an executive, and finally his marriage to the woman who showed him the power of human connection.

We are also proud to announce that Blanton Alspaugh has won the Producer of The Year, Classical award for the production of PENTATONE releases Aspects of America, The House Without A Christmas Tree and Haydn: The Creation amongst others. 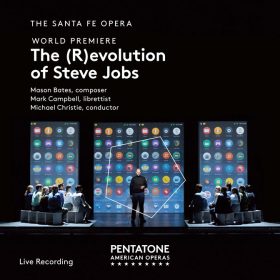