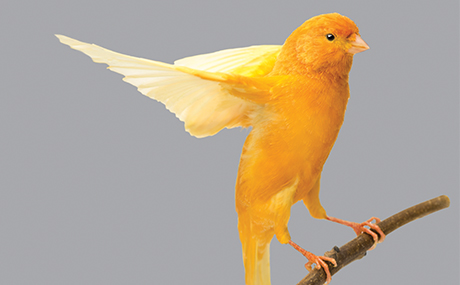 The summer of 2016 will be dedicated to the classics! PENTATONE will present four albums in July and August, including 3 albums in the REMASTERED CLASSICS SERIES and one new release in the PENTATONE Oxingale SERIES.

Austrian pianist Alfred Brendel is one of the most important exponents of the German-Viennese Classical and Romantic traditions, whose intellectual rigor and poetic spirit has enriched the public for more than 60 years. The main focus throughout his extensive concert and recording career has been on interpreting Haydn, Mozart, Beethoven, Schubert, Schumann and Brahms.

Being one of the founding fathers of the German-Viennese classical tradition, Wolfgang Amadeus Mozart’s contribution to music history speaks for itself. More specifically, one of his greatest achievements in composition is the piano concerto. While improvising and experimenting from the keyboard, he masterly combined instrumental and operatic styles. This interaction between instrumental and operatic elements can particularly be heard in the last movement of Mozart’s Piano Concerto No. 17, which on this album is coupled with his Piano Concerto No. 12.

This release in PENTATONE’s Remastered Classics series presents a 1970 Philips Classics recording of the two piano concertos in a performance by Alfred Brendel, with the Academy of St Martin in the Fields conducted by Sir Neville Marriner.

Wolfgang Amadeus Mozart, Alfred Brendel, the Academy of St Martin in the Fields and Sir Neville Marriner. It doesn’t get much better than that. This album will be released as 1 Super Audio -CD and in digital formats for streaming and high resolution downloads. Originally recorded in superior quality as 2,8 mHz, 1 bit DSD recording. (PTC 5186236)

Georges Bizet, unfortunately for himself, belongs to a group of illustrious composers such as Mozart, Schubert and to a certain degree J.S. Bach who didn’t get to experience the enormous and enduring success of their music during their own lifetimes. Bizet died a sudden and untimely death in June 1875, only three months after the unsuccessful première of his opera Carmen at the Opéra-Comique in Paris. The opera’s première in Vienna in October that same year was a global triumph. Consequently, even though it only took a few more months for Carmen to become an instant success, Bizet didn’t live long enough to see his fame established. The two Carmen suites were put together after Bizet’s death by a former fellow student of his, Ernest Guiraud. These suites can easily be called a collection of Carmen’s ‘greatest hits’. On this album they are combined with the Arlésienne suites No. 1 and 2, Bizet’s other hugely popular set of orchestral suites, which are taken from the incidental music he composed for L’Arlésienne, a tragedy by French novelist Alphonse Daudet.

In this 1978 recording of the London Symphony Orchestra conducted by Sir Neville Marriner the suites are performed by one of the world’s most renowned orchestras coupled with one of the most distinguished conductors of the 20th century. This album will be released as 2 Super Audio -CDs and in digital formats for streaming and high resolution downloads. Originally recorded in superior quality as 2,8 mHz, 1 bit DSD recording. (PTC 5186234)

With this release, PENTATONE presents in its Remastered Classics series another album where musical titans are at work.  No less than Chilean pianist Claudio Arrau, generally considered to be one of the greatest pianists of the twentieth century, and Belgian violinist Arthur Grumiaux, the most important representative of the Franco-Belgian violin school as well as a truly great violin virtuoso, joined forces in Amsterdam in 1973 to record the Beethoven piano and violin sonatas nos. 1 and 5. No composer before Beethoven treated the two instruments as equally as he did in his sonatas for piano and violin. In 1797 Beethoven embarked on a journey of writing ten sonatas for this combination.  In the first sonata of his oeuvre of 10, a festive piece with a theatrical-dramatic opening, the two parts are already very much integrated. The violin has clearly lost its role of accompagnato instrument. By the time just a few years later that Beethoven composed his fifth ‘Spring’-sonata, one of the most beloved and lyrical pieces of music ever written by him, the piano and the violin had reached a complete synthesis.  This unprecedented integration is magnificently revealed by Arrau and Grumiaux on this newly remastered multi-channel Philips Classics recording.

This album will be released as 1 Super Audio -CDs and in digital formats for streaming and high resolution downloads. Originally recorded in superior quality as 2,8 mHz, 1 bit DSD recording. (PTC 5186235)

Matt Haimovitz’s continuously-evolving and intense engagement with the Bach Cello Suites reaches a new zenith with Overtures to Bach, six new commissions that anticipate and reflect each of the cello suites. The new overtures expand upon the multitude of spiritual, cross-cultural, and vernacular references found in the Bach, building a bridge from the master’s time to our own. The solo cello recital has been a Haimovitz trademark since the year 2000, when he made waves with his Bach “Listening-Room” Tour, in unconventional venues throughout the US. In the fall of 2015, he released his profound new interpretation of the Bach Suites, The Cello Suites According to Anna Magdalena, inspired and informed by an authoritative manuscript by Bach’s second wife, and performed on period instruments. The new al bum, Overtures to Bach, pairs each new work with the Prélude from the suite it introduces, with Haimovitz performing on cello and cello piccolo. Philip Glass simply and eloquently prepares the audience for the first Suite with his Overture, encouraging an open and calm frame of mind. For the second suite, Du Yun creates a heartbreaking quilt of cries in The Veronica, mingling a Russian Orthodox prayer for the dead, Serbian chant, and central European gypsy fiddle music.  Vijay Iyer’s Run responds to Bach’s third suite with infectious energy and kinesthetic rhythms that celebrate the natural resonance of the instrument as well as the composer’s jazz roots. Then, Roberto Sierra’s La memoria plays on our memory of Bach’s Suite IV, seamlessly referencing motivic fragments and creating a kaleidoscopic mirage with the exotic flavors of Caribbean bass lines and salsa rhythms. David Sanford’s Es War, a response to the fifth suite, opens with a tour de force of pizzicato, then wrestles with Bach’s epic fugue with a saxophone’s wails. For the sixth and final suite, Luna Pearl Woolf is inspired by pre-Western Hawaiian chant, taking full advantage of the virtuosic properties of the cello piccolo and treating it operatically, from the low bass to the soprano stratosphere.

Overtures to Bach spans more than time, linking us to far-flung corners of our musical world and offering an entrée into six distinct compositional voices. Then, as Philip Glass writes, “Just let Bach’s music begin. It’s there for the listening.” This album will be released as 1 Super Audio -CD and in digital formats for streaming and high resolution downloads. (PTC 5186561) 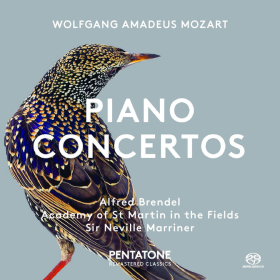 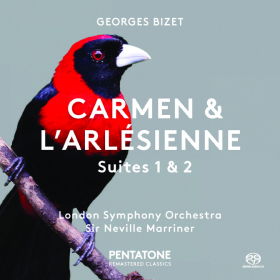 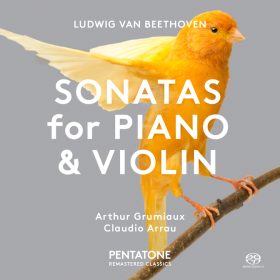 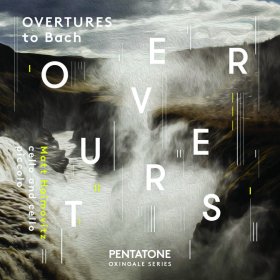 PENTATONE OXINGALE SERIES Overtures to Bach
Buy now
We would like to use our own and third party cookies and similar technologies for statistics and marketing purposes. You can set your preferences by selecting the options below. Withdraw your consent at any time via the shield icon.
Cookie SettingsAccept All
Manage consent