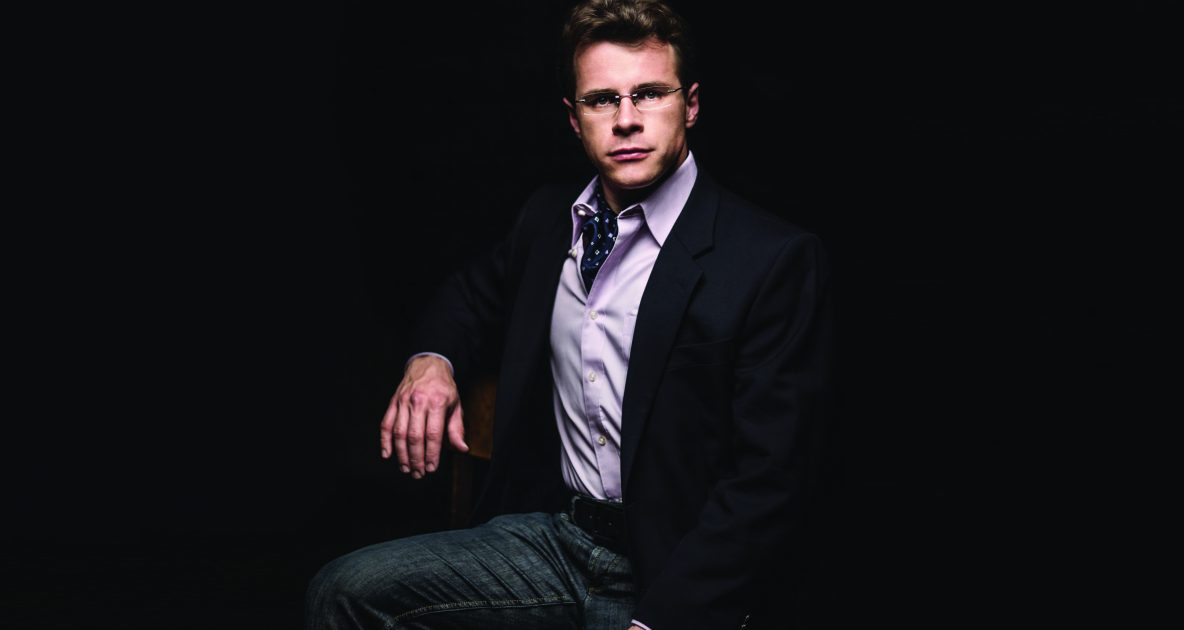 In October, our REMASTERED CLASSICS SERIES gets expanded with a wonderful new bird. The release features the Violin Concertos by Beethoven & Bruch Salvatore Accardo (Violin), Gewandhausorchester Leipzig, conducted by Kurt Masur. As well this month marks another great addition in our releases of Antonin Dvorak, one of this year’s most prominent composers. This time, his Symphonic Variations and Slavonic Rhapsodies are immortalized on this new album by Jakub Hrusa and the Prague Philharmonia.

Classic recordings of the perennially popular violin concertos of Beethoven and Bruch performed by the veteran soloist Salvatore Accardo with the Leipzig Gewandhausorchester under Kurt Masur can now be heard for the first time in their vivid, multi-channel original sound in this new release from PENTATONE.    First released in 1977-78 on the Philips Classics label, Accardo’s rendition of the Beethoven Violin Concerto and his masterly survey of the violin concertos of Bruch were praised by critics for the luminous playing and for Masur’s sensitive and nuanced accompanying.  Although recorded in multi-channel sound, these classic performances in the repertoire have previously been available only in the conventional two-channel stereo format. Using state of the art technology which avoids the need for re-mixing, PENTATONE’s engineers have remastered the original studio tapes to bring the performances to life as originally intended: in compelling and pristine multi-channel sound.    Famous for his heartfelt and searching interpretations of the Romantic repertoire, the German conductor Kurt Masur, who died in December 2015, was one of the most critically acclaimed and admired conductors of the late 20th century. He recorded extensively for Philips while Kapellmeister at the Leipzig Gewandhausorchester and his account of the Bruch symphonies and the violin concertos with Accardo as soloist were instantly popular with the critics. For Accardo, the Philips sessions also marked the start of his recordings of the mainstream repertoire, previously having dazzled audiences with his landmark recordings of the Paganini violin concertos.    For their programme, it comes as a surprise to learn that Beethoven’s lyrical and serene Violin Concerto op. 61 was rather indifferently received in his lifetime. The same however could not be said of Bruch’s arresting Violin Concerto No. 1 in G minor, op. 26 whose popularity the composer would later live to regret as it overshadowed his other works. Nevertheless, both concertos are firmly established as favourites with audiences and players alike. And these inspired performances, here in glorious, multi-channel sound, will no doubt win over a new generation of discerning audiophiles. This is a remastered quadraphonic recording from Philips Classics dating 1975. This album is now released on SACD (Article number: PTC 5186537)

For the third of his three-album series for PENTATONE, the young rising star Jakub Hrůša conducts the PKF-Prague Philharmonia in an all Dvořák programme of appealing orchestral works comprising the evergreen favourite Symphonic Variations op. 78 coupled with the lesser known Slavonic Rhapsodies op. 45.   Already established as a tireless promoter of Czech music, Jakub Hrůša was the inaugural winner in 2015 of the Sir Charles Mackerras Prize for his advocacy of Janáček’s works, going on to receive ecstatic reviews in 2016 for Glyndebourne Opera’s production of The Cunning Little Vixen. One reviewer enthused that Hrůša “clearly has this music in his bones and blood … he asks for (and gets) an urgent, raw and abrasive quality, expressive of nothing less than the life force itself.” (The Telegraph, 13 June 2016).   This new release builds on the critical success of his earlier releases in the series. The first album of Dvořák and Lalo cello concertos was selected by Gramophone for its monthly Editor’s Choice which noted that “the recorded sound is, like the playing, absolutely top-notch” (September 2015). In this third album, Dvorak’s unfailing gift for appealing melodies, potent rhythms and colourful orchestration are put on full display, especially in his Symphonic Variations, one of the most popular set of orchestral variations in the repertoire.   Starting with a rather simple and seemingly unpromising theme, Dvořák weaves his customary magic in a series of ingenious and often witty variations which culminates in a suitably exuberant and rousing conclusion. No less winning are the three Slavonic Rhapsodies; these loosely structured and evocative character pieces were hugely popular in his day and have lost none of their power to captivate listeners.   “What else could I wish as a Czech conductor with my Czech orchestra?” says Hrůša. “I’m really happy that PENTATONE invited us to do these recordings … wonderful melodies, great rhythms, charming dances but with some depth and real drama.” This album will be released as 1 Super Audio -CD and in digital formats for streaming and high resolution downloads. (Article number: PTC 5186554) 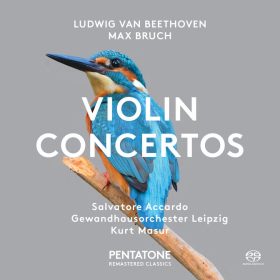 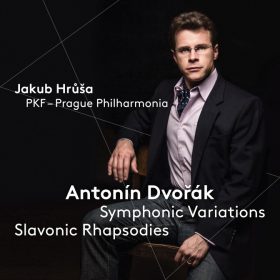 Dvořák – Slavonic Rhapsodies & Symphonic Variations
Buy now
We would like to use our own and third party cookies and similar technologies for statistics and marketing purposes. You can set your preferences by selecting the options below. Withdraw your consent at any time via the shield icon.
Cookie SettingsAccept All
Manage consent