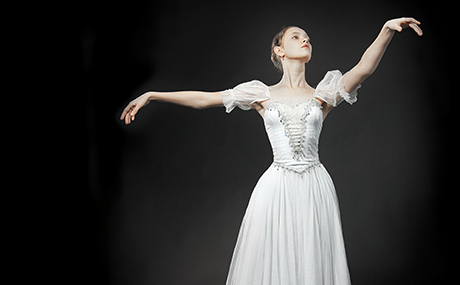 An album to get carried away with, from the first to the last second, with some of the most enchanting and characteristic dances, composed by some of the greatest Russian composers of the 19th and 20th centuries. On the album are Peter Ilyich Tchaikovsky’s Swan Lake Suite, Op. 20a, Alexander Glazunov’s Concert Waltzes Nos. 1 and 2, Dmitri Shostakovich’ The Golden Age Ballet Suite, Op. 22 and Igor Stravinsky’s Circus Polka, composed for a young elephant.

Recorded at Victoria Hall in Geneva, Switzerland in July 2015, this album is another result of the very fruitful relationship developed between the Orchestre de la Suisse Romande and PENTATONE over the last decade. On this occasion, the OSR is conducted by Japanese conductor Kazuki Yamada, who was appointed Principal Guest Conductor of the orchestra in 2012 after a very successful European debut with them in 2010.

This album is released on SACD and in digital formats for streaming and high resolution downloads (1 bit DSD, 2,8 mHz recording) [PTC 5186557].

This is the third PENTATONE album in a series of three which feature ballet, theatre  and dance music performed by the Orchestre de la Suisse Romande conducted by Kazuki Yamada.

The first one comprises music by French composers, amongst them the very popular L’Arlésienne suites by George Bizet. The second features “la fin de siècle”-inspired music of the German-speaking countries in the interwar period: Strauss, Liszt, Korngold, Busoni, and Schreker.

The Dvořák’s Symphony No. 7 & 8 is the debut album in a mini-series that features the last four great symphonies of Dvořák performed by the Houston Symphony under the baton of Andrés Orozco-Estrada, recorded with PENTATONE. This recording took place at the Jesse H. Jones Hall for the Performing Arts in Houston, in April 2014 (Symphony No. 7) and March 2015 (Symphony No. 8).

Owing to his great talent for melody and the delightfully fresh Czech character of his music, Antonín Dvořák achieved worldwide recognition. His technical abilities and rich melodic inspiration enabled him to create an oeuvre that includes masterpieces in many, if not all musical genres. In total, Dvořák wrote nine symphonies, the last five of which are called his “Mature Symphonies”. Included in this album are Dvořák’s symphonies nos. 7 and 8, each of which, though different in character, represent Dvořák at his best. Symphony No. 7 exudes rebelliousness. The treatment Dvořák’s homeland had received at the hands of the Austro-Hungarian Empire which ruled it, rankled the composer. The sunshine of Symphony No. 8, written in his farmhouse in the Czech countryside, clears the air after the storms of Symphony No. 7. Dvořák’s rural surroundings may have influenced the music’s freshness and cheer. Music Director Andrés Orozco-Estrada masterfully interprets Dvořák’s Symphony No. 7, a work that explores a range of emotions from grandeur and tragedy to pastoral reflection.

This album is released on SACD and in digital formats for streaming and high resolution downloads (1 bit DSD, 2,8 mHz recording) [PTC 5186578].

Philips Classics began making multi-channel recordings back in the 1970s, at a time when most companies were still only recording in two-channel stereo. The concept of surround sound, let alone the possibility that this might someday be reproduced at home in the living room, was as yet unheard of. After remastering them, PENTATONE is now presenting these original Philips Classics recordings in the REMASTERED CLASSICS series on Super Audio CD, thereby making it possible to finally enjoy these recordings in the quality they were intended to possess from the beginning.

Revealed on this album is a 1973 recording of Peter Ilyich Tchaikovsky’s Nutcracker Suite, Op. 71a, Capriccio Italien, Op. 45 and Polonaise and Waltz from Eugene Onegin, Op. 24, performed by the London Philharmonic Orchestra and conducted by Leopold Stokowski. This legendary British conductor of Polish and Irish decent has been one of the leading music directors of the first half of the 20th century. During his 60-year conducting career he was a great advocate for contemporary composers. He became known for his appearance in the 1940 Disney animated film Fantasia and even more so for his long-lasting relationship with the Philadelphia Orchestra, which he developed into one of America’s leading orchestras. However, his greatest achievement in conducting may well have been the creation of the so-called ‘Stokowski sound’, a combination of ‘free bowing’ for the string section, ‘free breathing’ for the brass section and conducting without baton, which resulted in a very warm and free orchestral sound. This release gives the perfect opportunity to experience the legendary ‘Stokowski’ sound.

This is a remastered quadraphonic recording from Philips Classics dating 1973. This album is now released on SACD [PTC 5186229].

When Henry Purcell wrote his one and only opera Dido and Aeneas in the second half of the seventeenth century, there was no existing opera tradition in England. With a libretto based on Virgil’s Aeneid and its music stylistically close to and derived from the typically English ‘Masque’ form (a festive courtly entertainment involving music, dancing, singing and acting, within an elaborate stage design) Purcell created a monumental baroque opera. Dido and Aeneas is considered by many to be the most important opera to appear between Claudio Monteverdi’s L’incoronazione di Poppea and W.A. Mozart’s later masterpieces. It is still widely performed today and its most famous aria ‘When I am laid in earth’ (Dido’s lament) can be arguably counted amongst some of the most famous opera arias ever.

On this 1970 multi-channel Philips Classics recording, Dido is interpreted by soprano Josephine Veasey. The Academy of St Martin in the Fields and the John Alldis choir are conducted by Sir Colin Davis. The recording has been remastered in 2015 and is now re-released in PENTATONE’s REMASTERED CLASSICS series, which finally gives it the chance to expose its magnificent sound quality.

This is a remastered quadraphonic recording from Philips Classics dating 1970. This album is now released on SACD [PTC 5186230]. 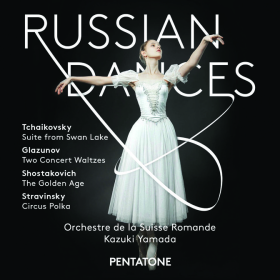 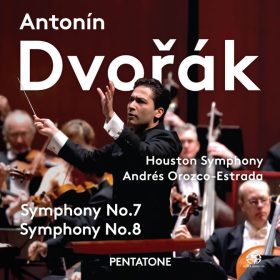 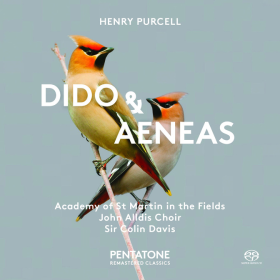