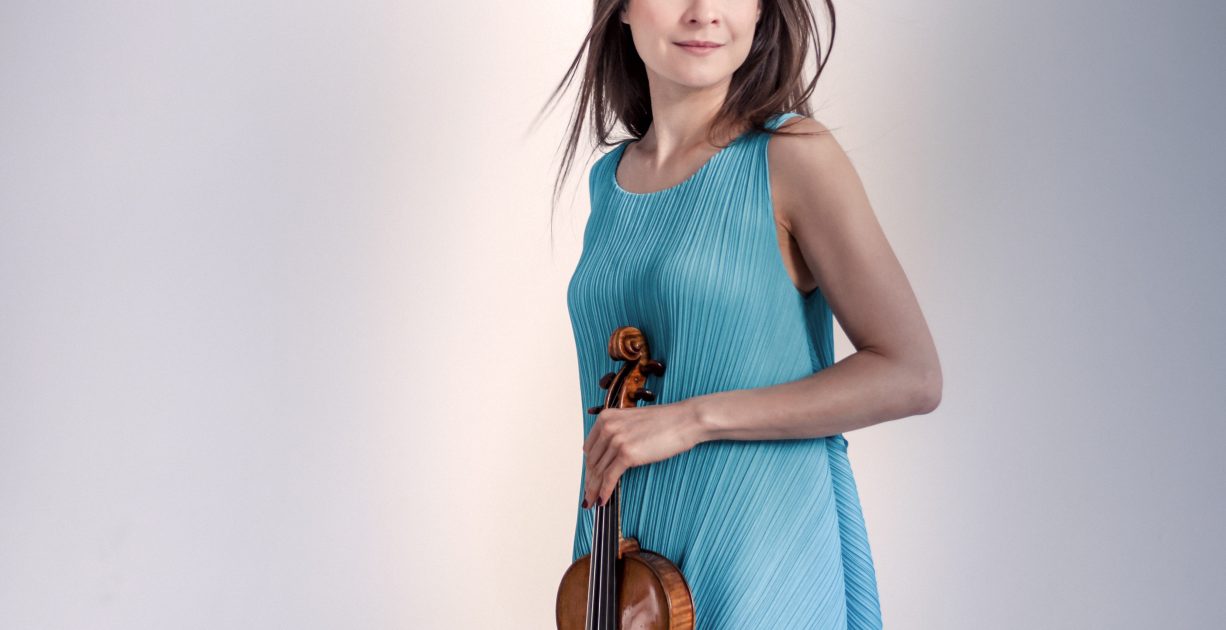 This album is violinist Arabella Steinbacher’s tribute to the favourite composer of her family household. The music of Richard Strauss has played a crucial role throughout her life. As great Strauss lovers, her parents named her after the main character of Strauss’ opera Arabella, and the family house was filled with Strauss melodies, often sung live by famous singers accompanied by Steinbacher’s father, who was a solo- répétiteur at the Bavarian State Opera in Munich.

The album starts with a piece that Strauss originally conceived for violin and orchestra, the rarely-performed Violin Concerto in D minor, composed when he was still a teenager. Two other early instrumental works – the Romanze (usually performed by cello and orchestra) and Scherzino (an arrangement of an early piano piece) – are also featured on this album. The rest of the repertoire consists of famous Strauss songs (Zueignung, Wiegenlied, Traum durch die Dämmerung, Cäcilie), “sung” on Steinbacher’s violin. The apotheosis of this highly personal programme is Steinbacher’s rendition of “Aber der Richtige…”, the celestial duet from Arabella. Arabella Steinbacher, a multiple award- winner with an extensive PENTATONE discography, is accompanied by the WDR Symphony Orchestra, conducted by Lawrence Foster.

This album will be released as 1 Super Audio -CD and in digital formats for streaming and high-resolution downloads. (Article number: PTC 5186653)

SWAN LAKE AS TCHAIKOVSKY COMPOSED IT

Swan Lake is the first of the three great ballets that Tchaikovsky wrote, and arguably the most famous. The piece is mainly known in the shape it obtained in 1895, when it became a classic in the choreography of Marius Petipa and Lev Ivanov. That “imperial” version strayed from Tchaikovsky’s world premiere score, with several cuts, abridgements and displacements. This high definition recording presents the work as it was heard during the 1877 world premiere performance, highlighting the extraordinary symphonic qualities of Tchaikovsky’s original conception.

This album will be released as 2 Super Audio -CDs and in digital formats for streaming and high-resolution downloads. (Article number: PTC 5186640)

This double album offers a testimony to Stravinsky’s overwhelming musical heritage, covering all the phases of his creative life. Igor Stravinsky (1882-1971) is twentieth-century music! More than any other composer, he continued to develop his compositional style throughout his seven-decade-spanning career, innovating and adopting all the most important musical trends of his century. Historically, the musical journey starts with one of the first recordings of the recently rediscovered Funeral Song (1909), composed as a tribute to his teacher Rimsky-Korsakov. The next phase in his development is represented with the raw but tremendously refined Rite of Spring (1913), Stravinsky’s most famous work that created a scandal at its Paris world premiere, and immediately turned him into a star. His Neoclassical style is showcased by Jeu de cartes (1937) and the Concerto in D (1947), whereas Agon (1957) presents Stravinsky’s original take on Schoenberg’s serialism.

This multifarious repertoire is performed by the Orchestre Philharmonique du Luxembourg and their Music Director Gustavo Gimeno, who continue their acclaimed PENTATONE series of composer portraits that already featured monographs of Shostakovich, Bruckner, Ravel and Mahler.

This album will be released as 2 Audio -CDs and in digital formats for streaming and downloads. (Article number: PTC 5186650)

A CENTENNIAL COMMEMORATION OF ISANG YUN’S LIFE AND MUSIC

This album presents extraordinary works of three twentieth-century composers with diverse cultural backgrounds, underlining the versatility and legacy of the Orchestre de la Suisse Romande in its centenary year. Richard Strauss’ Schlagobers (Whipped Cream, 1924) is a playful ballet set in a Viennese Konditorei, of which the orchestral suite is featured on this album. With its lively mix of Viennese waltzes and modern harmonies, light-versed tunes interspersed by sudden outbreaks of ravishing beauty, all brilliantly orchestrated, it can be considered a further exploration of the composer’s “Rosenkavalier style”. Claude Debussy is featured with Jeux, Poème dansé (1912), another piece created for a ballet performance, built around an erotic nocturnal search for a lost tennis ball that Pierre Boulez characterized as a “Prélude à-l’Après-midi d’une Faune in sports clothes”. Debussy’s Jeux has been a major source of inspiration for post-war avant-garde composers such as Boulez and Stockhausen, and, therefore, the transition from Jeux to Györgi Ligeti’s Melodien, für Orchester (1971) is not jarring. Melodien has the unmistakable mix of sensuous yet eerie soundscapes that makes most of Ligeti’s works so filmic and appealing.

This album adds a significant chapter to the PENTATONE discography of the Orchestre de la Suisse Romande, which already contains the complete Bruckner Symphonies with Marek Janowski, three dance-oriented albums with Kazuki Yamada, and concerto recordings with renowned soloists such as Arabella Steinbacher, Johannes Moser and Denis Kozhukhin. On this album, the OSR’s new chief conductor Jonathan Nott makes his PENTATONE debut.

This album will be released as 2 Audio -CDs and in digital formats for streaming and downloads. (Article number: PTC 5186693) 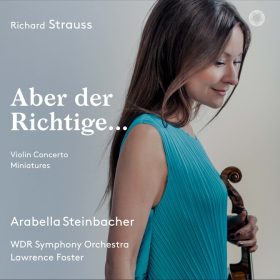 A personal note from Arabella Steinbacher about Aber der Richtige

Maybe it is because of my name, which my parents gave me as great Strauss lovers, that his music touches me so much. Born into a world full of...