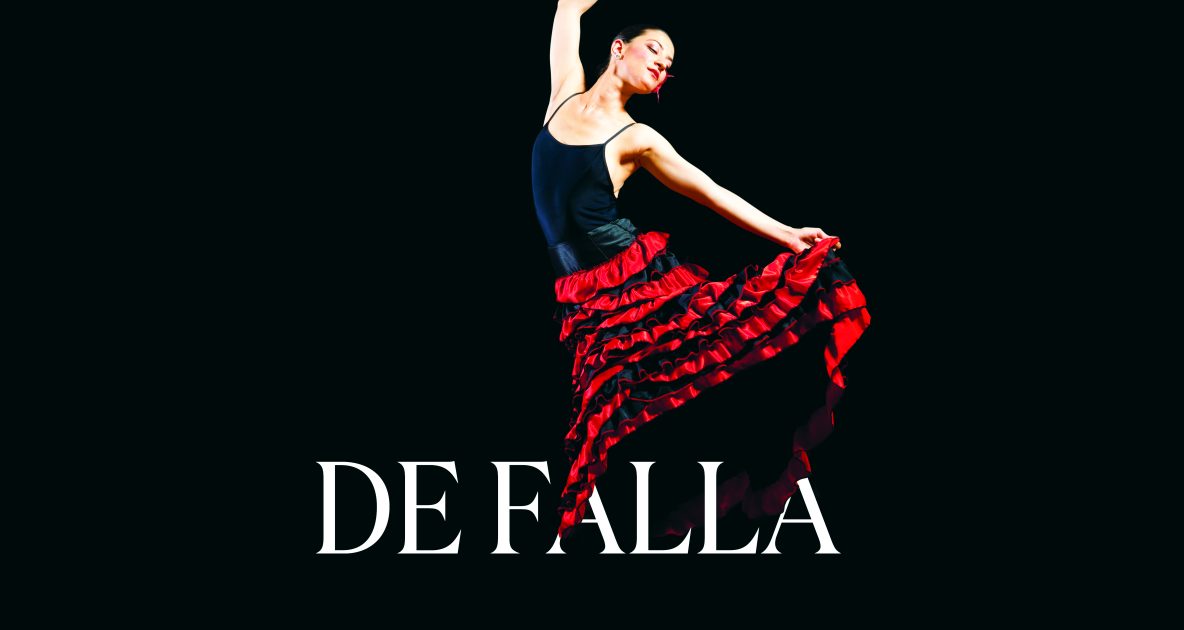 In May, PENTATONE releases include these three new albums: Manuel de Falla’s richly evocative music erupts in a riot of colour in a vibrant new recording from Kazuki Yamada with the Orchestre de la Suisse Romande; Simon Murphy and the New Dutch Academy take us on a fascinating journey through Europe in a sumptuous programme of Baroque musical treasures; and Puccini’s La Fanciulla del West comes back from the 70s in a brilliantly remastered SACD.

Manuel de Falla’s richly evocative music erupts in a riot of colour in this vibrant new recording from Kazuki Yamada with the Orchestre de la Suisse Romande for PENTATONE. Works included are the ever popular Noches en los jardines de España and  El sombrero de tres picos as well as movements from La vida breve and El amor brujo. The sultry warm atmosphere of an Andalusian night is almost palpable in Falla’s spellbinding Noches en los jardines de España. With its shimmering, sensuous harmonies, exquisite orchestral colours and exuberant melodies and rhythms, it’s perhaps Falla’s most impressionistic work. Using a large orchestral canvas on which he paints with deft, luminous strokes, Falla skilfully integrates a virtuoso piano part to create lovingly evocative music, full of captivating beauty.  Elsewhere with the sensational ballet El sombrero de tres picos, Falla conjures up music steeped in Andalusian culture which is boisterous, full-bloodied, and urgent. It’s impossible not to be swept along by the drama of this orchestral showpiece. By turns lyrical, sensuous, or dramatic, the meticulously written score is full of surprises and the work positively bristles with wit, energy and exuberant intensity.

Yamada’s previous recordings with the OSR for PENTATONE have been widely praised – “Exquisite and passionate … grace abounds” (BBC Music Magazine). The pianist Mari Kodama has established an international reputation for profound musicality and articulate virtuosity and has recorded extensively for PENTATONE. Her most recent release of Tchaikovsky ballets with her sister Momo Kodama was praised by The Guardian for its “sparkle and style” and by Artamag as a ‘labour of love’ by two extraordinary pianists.” Frequently in demand as an interpreter of Mozart’s works, the mezzo soprano Sophie Harmsen is a regular performer in large international festivals. This is her first recording for PENTATONE.This album will be released as 1 Super Audio -CD and in digital formats for streaming and high resolution downloads. (Article number: PTC 5186598)

From London to Venice via Leipzig and The Hague, in Grand Tour – Baroque Road Trip, Simon Murphy and the New Dutch Academy take a fascinating journey through Europe in a sumptuous programme of Baroque musical treasures. Using authentic instruments in an immersive acoustic, these vivid performances not only celebrate the glories of the Baroque but also the sheer joy of making music.

“We’ve aimed to create a musical experience where you can really feel the human physicality involved”, writes Simon Murphy, “from the refined, elegant and poised end of the spectrum, right through to the earthy and raw, textured and gritty, sometimes rustic aspects of this Baroque craft of music making.” This musical journey takes in works by Bach, Handel, Telemann, Vivaldi and van Wassenaer. In the two irresistible concertos by Vivaldi – the famous Concerto for Lute, Strings and Basso Continuo in D and the infectiously bubbly Concerto for Flautino, Strings and Basso Continuo in C – the outer movements radiate a sunny optimism, balancing slow movements of great tenderness and beauty. Noted for its somewhat unusual scoring, the rhythmic bounce and swing of Bach’s delightful Brandenburg Concerto no. 6 in B flat is given here an extra fillip with the addition of a lute to the basso continuo. The delicious interplay between the ensemble parts continues with van Wassenaer’s characterful Concerto Armonico no. 1 in G which Murphy notes “could be nicknamed the ‘Dutch Brandenburg 3’”. And in his operas, Handel never really strays far from Italy, demonstrated here with the delicious arias Tornami a vagheggiar (from Alcina) and Brilla nell’alma (from Alessandro).

Described by De Volkskrant as “a musician with guts: a conductor with the passion and conviction of a born missionary”, Simon Murphy has a reputation for bringing fresh perspectives to the classic symphonic repertoire and is the founder and artistic director of the award-winning New Dutch Academy. This Baroque orchestra was described by BBC Music Magazine as “a big band playing on period instruments” and praised for its “sumptuous … swinging rhythms … stylish ornamentation … inventive extemporisation.” This album will be released as 1 Super Audio -CD and in digital formats for streaming and high resolution downloads. (Article number: PTC 5186668)

With its potent mixture of stark realism and gushing romanticism, this Wild West melodrama builds on the hard-edged style Puccini had used in Tosca, infusing it with Debussian harmonies and Straussian orchestral colours to produce his mostdistinctive and original opera. Featuring the stock in trade characters of a gun-toting heroine, a macho hero with a sensitive side, and a villainous Sheriff, Puccini eschews the signature lyricism of his earlier operas for a more seamless melodic style to produce a dramatic work of almost symphonic proportions. While critics of the time were somewhat bewildered by this subversive potboiler, modern audiences have warmed to this richly revealing opera which, unusually for Puccini, has a happy ending.  This classic recording dating from 1977 is Gramophone magazine’s top choice for the opera and can now be enjoyed for the first time in full SA-CD hybrid multichannel sound.

“Carol Neblett is a strong Minnie, vocally distinctive and well characterised, while Plácido Domingo and Sherrill Milnes make a good pair of suitors …. Zubin Mehta conducts with real sympathy for the idiom” (Gramophone). And the Penguin Guide to Compact Discs and DVDs (2003/4) enthused “Domingo sings heroically … but the crowning glory of a masterly set is the singing of Carol Neblett … Full atmospheric recording to match.”

Although recorded in multi-channel sound, these memorable performances have previously been available only in the conventional two-channel stereo format. Using state of the art technology which avoids the need for re-mixing, PENTATONE’s engineers have remastered the original studio tapes to bring the performances to life as originally intended: in compelling and pristine multi-channel sound.  This album will be released as 1 Super Audio -CD and in digital formats for streaming and high resolution downloads. (Article number: PTC 5186243) 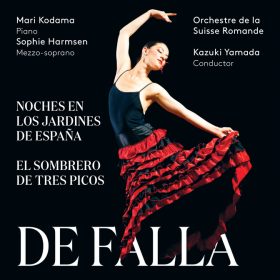 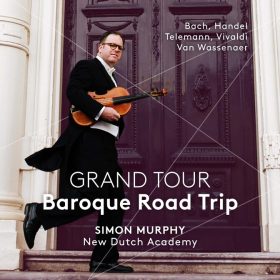 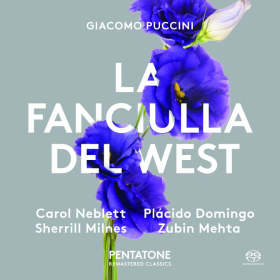 B2B only: REMASTERED CLASSICS Puccini – La Fanciulla del West
Buy now
We would like to use our own and third party cookies and similar technologies for statistics and marketing purposes. You can set your preferences by selecting the options below. Withdraw your consent at any time via the shield icon.
Cookie SettingsAccept All
Manage consent