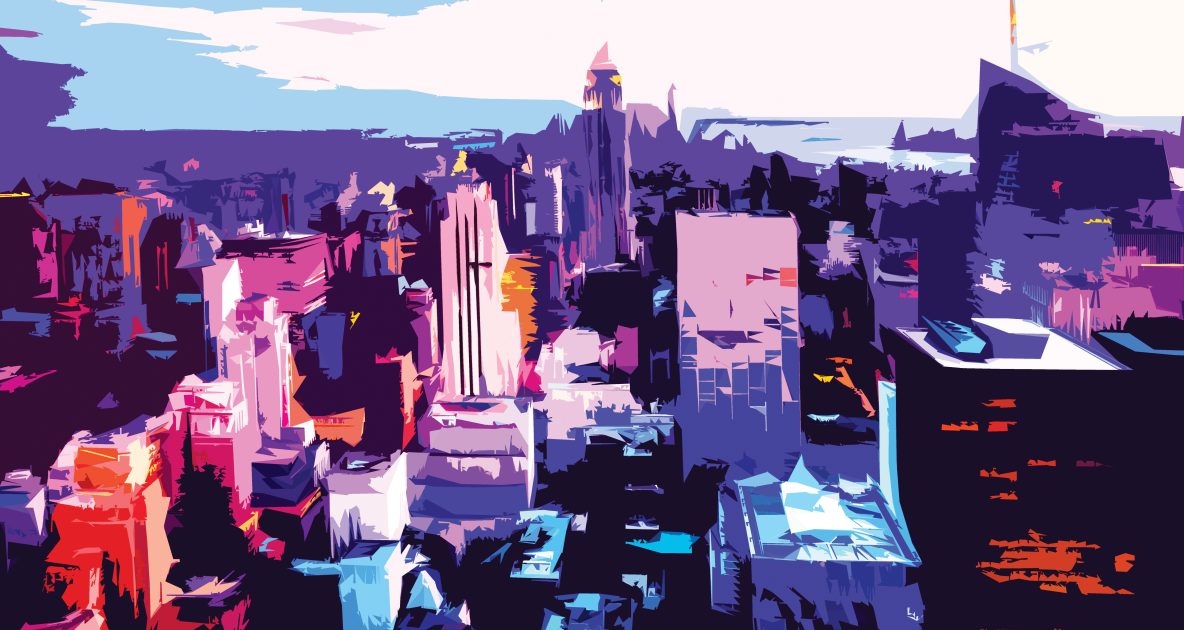 After two months of break, PENTATONE is back with five incredible additions to their catalogue, set for official release in February 2018: Mendelssohn’s Symphonies Nos.  4 & 5 with the NDR Radiophilharmonie and Andrew Manze; a musical storytelling of the Americas by Houston Symphony and Andres Orozco-Estrada; Hindemith’s Orchestral Works by the WDR Symphony Orchestra and Marek Janowski; an exciting addition to the OPL series with Gustavo Gimeno (Mahler’s Symphony No. 4); and a new “remastered classic” album, adding the 9th Symphony to the Kubelik’s Beethoven cycle, originally recorded for Deutsche Grammophon in the 70’s.

Sensuously Mediterranean sounds and Northern solemnity shake hands on this recording of Mendelssohn’s Italian and Reformation symphonies (Nos. 4 and 5). This is the second release in a series of recordings in multi-channel surround sound for PENTATONE by the conductor Andrew Manze and the NDR Radiophilharmonie. Expectations are high after the first album of this series, a recording of Mendelssohn’s first and third symphonies, was crowned with a 2017 Jahrespreis der Deutschen Schallplattenkritik.

It’s no wonder that Robert Schumann dubbed Mendelssohn the “Mozart of the nineteenth century”; with his felicitous gift for melody and meticulous craftsmanship, his music positively brims with youthful spontaneity and exuberance, blending dreamy poetic flights with moments of affecting tenderness and serenity. All this comes together in his Italian symphony, that is so full of joie de vivre, so sparkling with energy and esprit, so full of Mediterranean gaiety. Far beyond the picturesque, the piece offers Mendelssohn’s profoundly personal reflection, transformed into music, on the impressions made on his senses by the landscape, architecture, lifestyle, and people of Italy. Equally personal is Mendelssohn’s Reformation symphony (Christopher Hogwood’s edition), in which the devoutly Christian composer aimed to combine elements and traditions of sacred instrumental music with those of an autonomous symphony. The result is highly original: a so-called finale symphony, in which the programmatic destination of the entire work is oriented towards the finale, based on the Lutheran chorale “A mighty fortress is our God”.About Andrew ManzeRenowned for his boundless energy and scholarly knowledge and with many critically acclaimed recordings in a broad repertoire, Manze is celebrated as one of the most stimulating and inspirational conductors of his generation. “Manze’s take is wholly individual,” wrote the Guardian. “[Brahms’ symphonies] burst with life, by turns wistful, yearning, sharp-edged and blisteringly incisive … this is the composer reinvented for the 21st century.” In September 2014 Andrew Manze became the Principal Conductor of the NDR Radiophilharmonie in Hannover and immediately made headlines. Sunday Times about their Mendelssohn 1 & 3: “Manze, with his early-music training, highlights the vivid woodwind writing, as he and his Hanover players also do in their crystal-clear account of the Scottish.”
This album will be released as 1 Super Audio -CD and in digital formats for streaming and high resolution downloads. (Article number: PTC 5186611)

After having demonstrated their musical excellence with three well-received recordings for PENTATONE with orchestral works of Antonin Dvořák, Houston Symphony and Andrés Orozco-Estrada now present an album that comes closer to their cultural roots than ever before. Dance rhythms, jazzy harmonies, bright colours, city sounds; everything one associates with The Americas can be heard on this recording. With George Gershwin’s 1928 piece An American in Paris, Silvestre Revueltas’s Sensemayá (1938), Leonard Bernstein’s Symphonic Dances from West Side Story (1961) and Ástor Piazzolla’s Tangazo (1970), it brings together composers from across the twentieth century, all connected by their belonging to the Americas. Moreover, all of these composers reconfigured the barriers between classical and popular music, combining them to produce a sound that illustrates their home region. In choosing these particular works, Houston Symphony and Andrés Orozco-Estrada have aimed not to cover the entire continent but rather to provide ‘impressions’ of America and to ‘illuminate’ as many colours in the music as possible.

Sensemayá showcases the highly original combination of native elements from the pre-colonial indigenous past with avant-garde techniques that characterizes the music of Mexican composer Revueltas. Leonard Bernstein’s West Side Story, from which a suite of Symphonic Dances is featured on this album, belongs to the most popular and famous American music ever. Bernstein illuminates the story of two rival gangs in New York by juxtaposing a jazz-blues ‘American’ idiom with a more ‘Latin American’ Puerto Rican sound, in which the Cuban mambo and cha-cha, and the Mexican huapango are also integrated. Ástor Piazzolla’s Tangazo (grand tango) incorporates neo-classical elements such as a fugue into the national Argentinian dance music par excellence, realizing a reconciliation between native influences and trends in contemporary classical music. In Gershwin’s jazzy symphonic poem An American in Paris, city sounds temporarily give way to a sorrowful, homesickness blues, but the piece ends in regained excitement.

This album will be released as 2 Super Audio -CDs and in digital formats for streaming and high resolution downloads. (Article number: PTC 5186619)

Paul Hindemith belongs to the most original and interesting composers of the twentieth century. Once described by the Boston Globe as a “20th-century Brahms”, Hindemith wrote music that is Modernist in its rhythmic audacity and colourful orchestration, but simultaneously inspired by Classical forms and styles.

The WDR Symphony Orchestra and conductor Marek Janowski provide a fascinating interpretation of three orchestral works that display an irrepressible, almost wild passion for music-making that is omnipresent throughout Hindemith’s oeuvre.

In the Concert Music for Strings and Brass (1931) – also known as “Boston Symphony” ‒ Hindemith invigorates the century-old concertato style of competing instrument groups in twentieth-century fashion by utilizing unusual ensemble combinations. He extracted the Nobilissima Visione suite (1938) from an eponymous “dance legend” on Saint Francis’s vision of the three allegories of poverty, chastity, and obedience. The piece represents the violent battle in which Francis is wounded, but most of the music is serene, focusing on the noblest vision that the wounded Francis subsequently experiences. The Symphonic Metamorphosis of Themes by Carl Maria von Weber (1944) were also conceived as a ballet, but eventually materialized as a concert piece. Hindemith based the work on a collection of melodies that Carl Maria von Weber once wrote for a theatre performance of Friedrich Schiller’s Turandot. Weber’s rather simple chinoiserie dating from 1809 is driven forward relentlessly by Hindemith’s rhythms and jazzy harmonies. The piece epitomizes Hindemith’s capacity to reconcile the old and new in a highly personal musical language.This album will be released as 1 Audio -CD and in digital formats for streaming and download. (Article number: PTC 5186672)

With their combination of modernism and Romantic nostalgia, and alternation of sweeping orchestral gestures with chamber-musical delicacy, Gustav Mahler’s orchestral works are as impressive and moving today as they were at the time of their premiere. This certainly applies to Mahler’s Fourth Symphony: a work that stands at the crossroads between the largely «Romantic» early symphonies nos. 1-3 and the much more «Modernist» middle-period symphonies nos. 5–7. It is also a fundamentally ambivalent piece: its joyous and accessible surface hides a surprising degree of complexity and even contrariness.

While still employing many of the tropes of the traditional nineteenth-century symphony, Mahler at the same time undermines those tropes and distances himself from the symphonic tradition he inherited. The entire symphony works towards the pastoral folksong “Das himmlische Leben” in the fourth movement, sung here by the outstanding Swedish soprano Miah Persson.

The Piano Quartet is Mahler’s only surviving chamber music composition, and the movement represented on this album is the only one he completed. Mahler wrote the piece most likely in 1876 or 1877. Colin Matthews’s orchestration truly enhances the original; Matthews has turned what is in essence a historical document of Mahler’s early development as a composer into something fascinating.This album will be released as 1 Super Audio -CD and in digital formats for streaming and high resolution downloads. (Article number: PTC 5186651)

The combination of Romantic expression and modern transparency and clarity that characterises Kubelik’s Beethoven interpretations in general also defines this performance. His reading of the ninth brings together “sweeping grandeur, volatile energy and radiant emotion” with “crisp orchestral playing and fine articulation”. His “deeply felt rendition” fully lives up to the “human aspiration and cosmic majesty” of this exceptional work (allmusic.com).

Rafael Kubelik recorded his cycle of Beethoven symphonies in the 1970s for Deutsche Grammophon, each with a different orchestra, earning widespread praise. Although recorded in multi-channel sound, these unmissable performances have previously been available only in the conventional two-channel stereo format. Using state of the art technology which avoids the need for re-mixing, PENTATONE’s engineers have remastered the original studio tapes to bring the performances to life as originally intended: in compelling and pristine multi-channel sound. 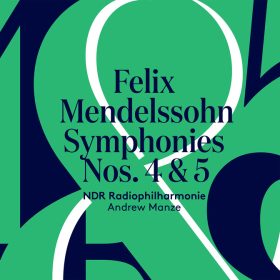 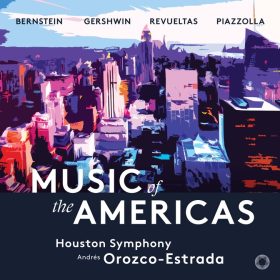 Music of the Americas
Buy now 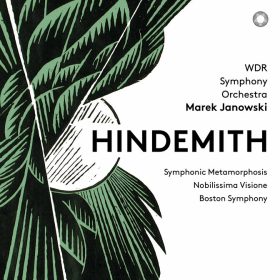 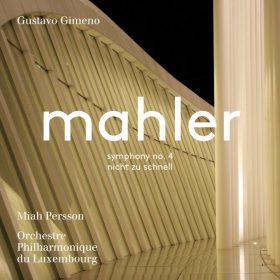 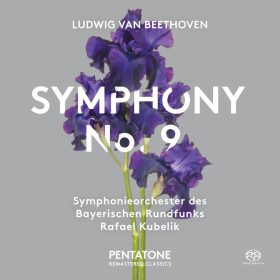 Music of the Americas
Buy now

REMASTERED CLASSICS Beethoven Symphony 9
Buy now
We would like to use our own and third party cookies and similar technologies for statistics and marketing purposes. You can set your preferences by selecting the options below. Withdraw your consent at any time via the shield icon.
Cookie SettingsAccept All
Manage consent