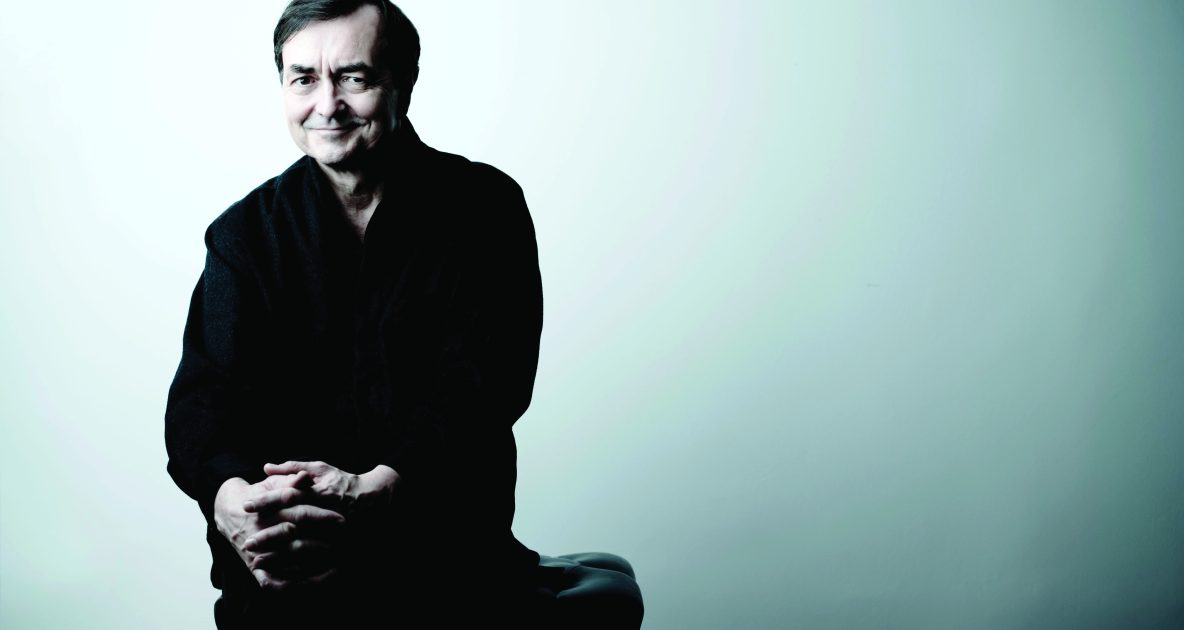 “Following Pierre-Laurent Aimard’s concert one understands the difference between a good pianist and a great one: the former works from the musical score alone while the latter plays with paradigms of culture”– (Kommersant, January 2012)

PENTATONE is proud to announce that Pierre-Laurent Aimard, one of today’s most celebrated musicians and winner of the 2017 Ernst von Siemens Music Prize, has signed with the label. The French pianist intends to record key works from his repertoire, spanning three centuries and ranging from Bach to Kurtág.  His move to PENTATONE follows an exclusive association with Deutsche Grammophon that began nearly a decade ago.

This significant new partnership, destined to deliver interpretations of the highest artistic calibre to the PENTATONE catalogue, will be launched next March with the release of Messiaen’s complete Catalogue d’oiseaux, a first in Aimard’s discography.

The pianist was personally very close to the composer himself and his wife, Yvonne Loriod, for whom Messiaen wrote the Catalogue. The cycle is inspired by the composer’s annotation of the birdsong he heard across various regions of France.

Last year, Pierre-Laurent Aimard performed an epic 18-hour tour de force at the Aldeburgh festival, in the Suffolk countryside. Aimard played the pieces at the times they depict – first light, midday, dusk and night-time – on what was one of the longest days of the UK summer. The Guardian stated that “The pedigree of the performance was impeccable. Aimard is one of the finest Messiaen interpreters around, and the Catalogue was composed for his teacher Yvonne Loriod.”

However, though he is possibly the best interpreter of this music today, this will be his first recording of the complete Catalogue, a massive enterprise in itself.

Pierre-Laurent Aimard, who performs in the opening concert at the 2017 Salzburg Festival later this week, said:

“I am delighted to be starting on this new collaboration with PENTATONE and am looking forward to working on the many exciting repertoire plans that we have been discussing.”

“I have long admired Pierre-Laurent’s unparalleled artistry and uncanny, fascinating intellect. It is a great privilege to be developing recording projects with him that will certainly be recognized as landmark interpretations. His appetite for repertoire, old and new is properly immense, and he will find at PENTATONE a new artistic home where he can share his captivating insights with a broad audience of connoisseurs and newcomers alike.”

Widely acclaimed as a key figure in the music of our time and as a uniquely significant interpreter of piano repertoire from every age, Pierre-Laurent Aimard has enjoyed an internationally celebrated career.

He performs throughout the world each season with major orchestras under conductors including Esa-Pekka Salonen, Peter Eötvös, Sir Simon Rattle and Vladimir Jurowski. He has been invited to curate, direct and perform in a number of residencies, with projects at Carnegie Hall, New York’s Lincoln Center, Vienna’s Konzerthaus, Berlin’s Philharmonie, Frankfurt’s Alte Oper, the Lucerne Festival, Mozarteum Salzburg, Cité de la Musique in Paris, the Tanglewood Festival. Aimard was the Artistic Director of the Aldeburgh Festival from 2009 to 2016, his final season was marked by a performance of Messiaen’s Catalogue d’oiseaux with the concerts programmed from dawn to midnight. He is currently the Artist in Residence at London’s Southbank Centre for three seasons.

Born in Lyon in 1957, Pierre-Laurent Aimard studied at the Paris Conservatoire with Yvonne Loriod and in London with Maria Curcio. Early career landmarks included winning first prize in the 1973 Messiaen Competition at the age of 16 and being appointed, three years later, by Pierre Boulez to become the Ensemble Intercontemporain’s first solo pianist.

Aimard has collaborated closely with many leading composers including Kurtág, Stockhausen, Carter, Boulez and George Benjamin and had a long association with Ligeti, recording his complete works for piano. Most recently he performed the world premiere of Kurtág’s piano work at a celebration of the composer’s 90th birthday. Recent seasons have included the world premieres of Harrison Birtwistle’s piano concerto Responses; Sweet disorder and the carefully careless, as well as Carter’s last piece Epigrams for piano, cello and violin, which was written for Pierre-Laurent. Through his professorship at the Hochschule Köln as well as numerous series of concert lectures and workshops worldwide, he sheds an inspiring and very personal light on music of all periods.

During the 2008/09 season Aimard was an Associate Professor at the College de France, Paris and he is a member of the Bayerische Akademie der Schönen Künste. He was the recipient of the Royal Philharmonic Society’s Instrumentalist Award in spring 2005 and was named ‘Instrumentalist of the Year’ by Musical America in 2007. In 2015 he launched a major online resource centred on the performance and teaching of Ligeti’s piano music with filmed masterclasses and performances of the Études and other works by Ligeti in collaboration with Klavier-Festival Ruhr.