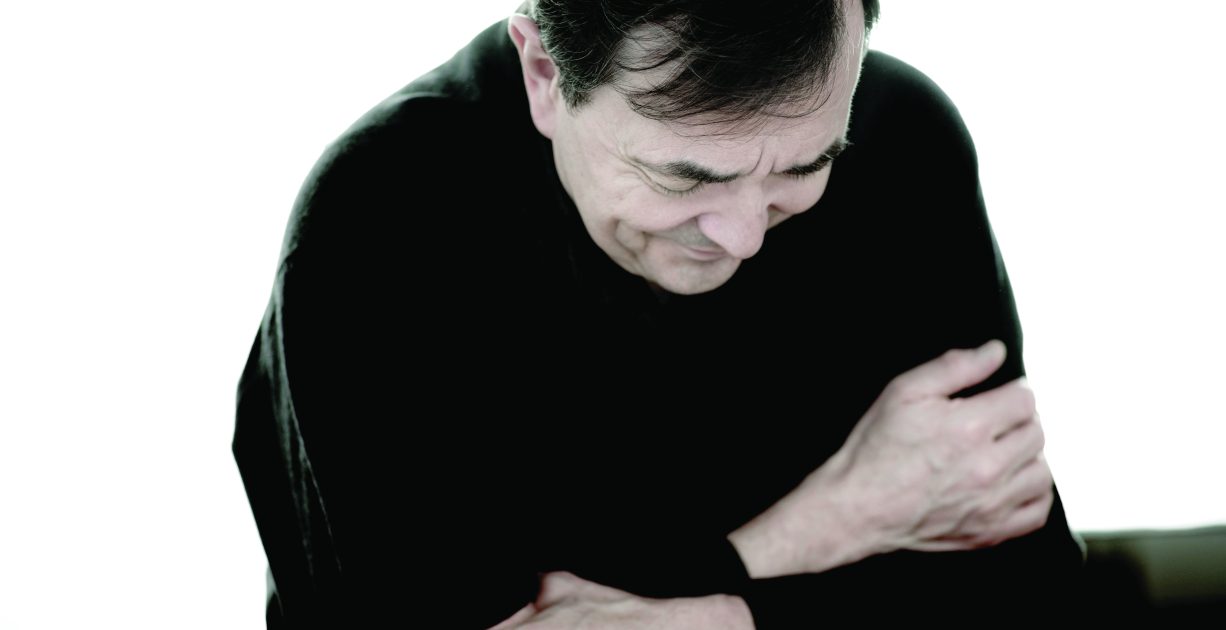 Renowned French pianist Pierre-Laurent Aimard kicks off his collaboration with PENTATONE with Olivier Messiaen’s Catalogue d’Oiseaux (1956-1958). Praised by The Guardian as “one of the best Messiaen interpreters around,“ this is Aimard’s first recording of the composer’s most extensive, demanding and colourful piano composition.

The pianist had intimate ties to the composer himself and his wife, Yvonne Loriod, for whom Messiaen wrote the Catalogue. The luxurious CD box set contains an accompanying bonus DVD, on which Aimard shares his vast knowledge of and love for Messiaen’s work from behind the piano.

Due to its radical naturalism, the Catalogue d’Oiseaux is exceptional within the repertoire for solo piano. It is the grand hymn to nature from a man who never ceased to marvel at the stupefying beauty of landscapes or the magic of bird song.

With his Catalogue, Messiaen tried – in his own words – “to render exactly the typical birdsong of a region, surrounded by its neighbours from the same habitat, as well as the form of song at different hours of the day and night,” suggesting an almost scientific approach to his subjects. The idea of ‘reproduction’ may have been central to Messiaen’s conception of the Catalogue d’Oiseaux, but in the finished work we hear a great composer at work, a master of innovative structures who finds an astonishing range of piano sonorities.

In a world that is increasingly being destroyed  by man, Aimard views this cycle as “a musical refuge that resonates with an audience ever more concerned, expanded and affected.”

This album will be released as 3 Super Audio -CDs with bonus DVD and in digital formats for streaming and high resolution downloads. (Article number: PTC 5186670)

ONE BIRD A DAY From the 18th of March, the album will be released track by track – bird by bird on Apple Music. Pierre-Laurent Aimard will introduce one bird per day, until the day of the official release, where an exclusive video clip will also be presented.

Widely acclaimed as a key figure in the music of our time and as a uniquely significant interpreter of piano repertoire from every age, Pierre-Laurent Aimard enjoys an internationally celebrated career. In recognition of a life devoted to the service of music he was awarded the prestigious 2017 International Ernest von Siemens Music Prize.

Aimard performs throughout the world each season with major orchestras under conductors including Esa-Pekka Salonen, Peter Eötvös, Sir Simon Rattle and Vladimir Jurowski. He has been invited to curate, direct and perform in a number of residencies, with projects at Carnegie Hall, New York’s Lincoln Center, Vienna’s Konzerthaus, Berlin’s Philharmonie, Frankfurt’s Alte Oper, the Lucerne Festival, Mozarteum Salzburg, Cité de la Musique in Paris, the Tanglewood Festival and London’s Southbank Centre. Aimard was the Artistic Director of the Aldeburgh Festival from 2009 to 2016; his final season was marked by a performance of Messiaen’s Catalogue d’oiseaux with the concerts programmed from dawn to midnight.

This season sees the start of his three year tenure as Artist-in-Residence at Southbank Centre. During this first year he will perform Messiaen with the Aurora Orchestra, Mozart with the Australian Chamber Orchestra, Ravel with the Philharmonia Orchestra and is the curator of a whole weekend dedicated to the music of Ligeti with whom he has a long association. Other highlights include recitals in Tokyo, Beijing, Moscow, St Petersburg, Paris, Vienna, New York and at the new Pierre Boulez Saal in Berlin.  Orchestral performances include Boston, Berlin and a European tour with the Gustav Mahler Youth Orchestra, as well as a special Stockhausen project in Hamburg.

Born in Lyon in 1957, Pierre-Laurent Aimard studied at the Conservatoire de Paris with Yvonne Loriod and in London with Maria Curcio. Early career landmarks included winning first prize in the 1973 Messiaen Competition at the age of 16 and being appointed, three years later, by Pierre Boulez to become the Ensemble Intercontemporain’s first solo pianist.

Aimard has had close collaborations with many leading composers including Kurtág, Stockhausen, Carter, Boulez and George Benjamin. Recent seasons have included the world premieres of Harrison Birtwistle’s piano concerto Responses: Sweet disorder and the carefully careless, as well as Carter’s last piece Epigrams for piano, cello and violin, which was written for Pierre-Laurent. Through his professorship at the Hochschule Köln as well as numerous series of concert lectures and workshops worldwide, he sheds an inspiring and very personal light on music from all periods.

During the 2008/09 season Aimard was an Associate Professor at the College de France, Paris and he is a member of the Bayerische Akademie der Schönen Künste. He was the recipient of the Royal Philharmonic Society’s Instrumentalist Award in spring 2005 and was named ‘Instrumentalist of the Year’ by Musical America in 2007. In 2015 he launched a major online resource centred on the performance and teaching of Ligeti’s piano music with filmed masterclasses and performances of the Études and other works by Ligeti in collaboration with Klavier-Festival Ruhr. (www.explorethescore.org).

Pierre-Laurent has made many highly successful recordings. His first Deutsche Grammophon release, Bach’s Art of Fugue, received both the Diapason d’Or and Choc du Monde de la Musique awards, debuted at No.1 on Billboard’s classical chart and topped iTunes’ classical album download chart. In recent years Pierre-Laurent has been honoured with ECHO Klassik Awards, most recently in 2009 for his recording of solo piano pieces, ‘Hommage à Messiaen’, a Grammy award in 2005 for his recording of Ives’ Concord Sonata and Songs and he was also presented with Germany’s Schallplattenkritik Honorary Prize in 2009. Further releases for DG – ‘The Liszt Project’ in 2011 and Debussy Préludes in 2012 – were joined by a new recording of Bach’s Das wohltemperierte Klavier Book 1 in 2014. He has now signed an exclusive contract with Pentatone, his first recording being the complete Catalogue d’oiseaux for release in Spring 2018. 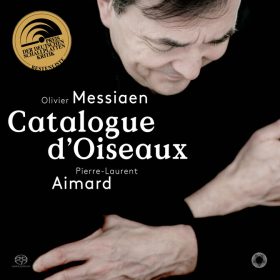 Messiaen – Catalogue d’oiseaux
Buy now
We would like to use our own and third party cookies and similar technologies for statistics and marketing purposes. You can set your preferences by selecting the options below. Withdraw your consent at any time via the shield icon.
Cookie SettingsAccept All
Manage consent