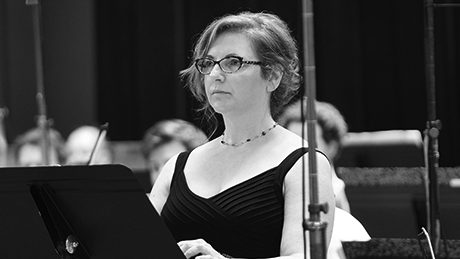 Songs on Poems by Emily Dickinson

Emily Dickinson has been a presence in my life from the age of 11, when my Uncle Dan gave me the Johnson edition of The Complete Poems of Emily Dickinson, newly reprinted that year (1976). Without being aware of her poetry’s innate connection to music, I began setting Emily’s verses, creating simple tunes I sang while accompanying myself on guitar. Emily invited me into the world of poetry and inspired my enduring passion for singing the words of the great poets. I discovered Aaron Copland’s wondrous settings of Dickinson as a conservatory student, but did not perform any composer’s settings of her poems until I was introduced to Gordon Getty’s magnificent cycle The White Election. I have been honored to both perform and record this cycle, living deeply within the 31 poems that comprise its text. I found that Emily’s words bloomed inside me in ways both startling and intoxicating. While recording this album, I felt Emily’s words blossoming in me again, through the voices of Copland, Getty, Jake Heggie and Michael Tilson Thomas. I approached their songs with the same sense of awe I felt when first cracking the spine of the volume my uncle gave to me a lifetime ago…though it feels like yesterday. As Emily wrote:
Forever – is composed of Nows –

‘Tis not a different time –

And Latitude of Home – 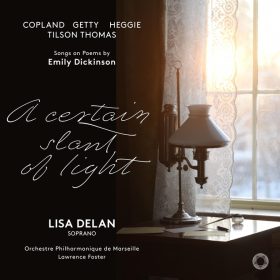 A Certain Slant of Light Songs on Poems of Emily Dickinson
Buy now
We would like to use our own and third party cookies and similar technologies for statistics and marketing purposes. You can set your preferences by selecting the options below. Withdraw your consent at any time via the shield icon.
Cookie SettingsAccept All
Manage consent