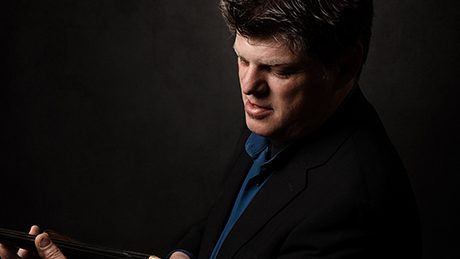 A personal note from Guy Braunstein

“Why compose violin and orchestra rhapsodies after Tchaikovsky’s opera and ballet music? It all started because of jealousy… A few years ago, I was conducting Eugene Onegin. While rehearsing the Letter Scene, I found myself envying Tatjana so much. I just couldn’t help it. I ran to my hotel afterwards, took out the violin and started playing Tatjana’s part. Then again. The next day I modified it and started making it suitable for virtuoso violin. I remember that the great Leopold Auer did that with Tchaikovsky’s music. After all, he was the dedicatee of all Tchaikovsky wrote for the violin.

So I went to work on the Letter Scene, the Lensky Aria (which Auer himself transcribed for violin and piano) and finally the “pas de deux” scene from Swan Lake. The result is three pieces of Tchaikovsky’s music that are totally new in the violin literature. In the golden era of the violin, Sarasate did such things. So did Heifetz, Kreisler, Joachim; all the greats. They felt the urge to enlarge the repertoire by composing, transcribing and arranging. In the last decades, performers rarely do that anymore. I try to follow their great tradition.” 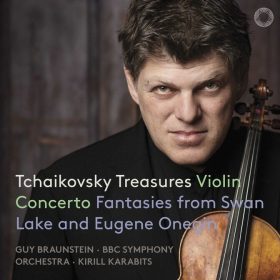 Tchaikovsky Treasures Violin Concerto – Fantasies from Swan Lake and Eugene Onegin
Buy now
We would like to use our own and third party cookies and similar technologies for statistics and marketing purposes. You can set your preferences by selecting the options below. Withdraw your consent at any time via the shield icon.
Cookie SettingsAccept All
Manage consent