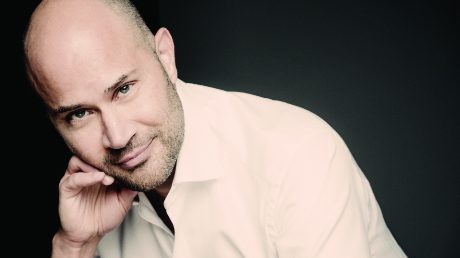 In 2015, I stumbled upon the aria ‘Yet Can I Hear That Dulcet Lay’ and fell madly in love. It is simple, direct, ravishing. I knew immediately that I wanted to sing the aria myself, and it eventually became the first building block of the program you now hold in your hands.

‘Yet Can I Hear…’ is from a lesser known work of Handel called The Choice of Hercules. Strictly speaking, it is an oratorio–it contains several soloists, choir, and orchestra. You might think this would therefore lead me to curate a program of oratorio arias. However, The Choice of Hercules is less than an hour long, has a secular Enlightenment theme, and – critically – concerns itself with the inner life of only its title character. For these reasons, I find The Choice of Hercules really more an expanded cantata than an oratorio (Handel himself called it ‘A Musical Interlude’), and so the aria led me instead to explore the cantata repertoire.

And what a repertoire! It is safe to say that there may be none more varied. In today’s popular imagination, the word ‘cantata’ has come to mean something rather specific (a vocal work with instrumental accompaniment and a religious theme, in which arias, recitatives, and choruses are interspersed), but its original use at the onset of the 17th century was considerably more broad: ‘cantata’ (from the Italian cantare, ‘to sing’) was used simply to distinguish a work as containing singing, as opposed to a ‘sonata’, which indicated a purely instrumental work.

The cantata, therefore, can rightly encompass many things, including works without a chorus at all, the so-called solo cantata, our focus here. This program celebrates the solo cantata’s astonishing flexibility: we have secular and sacred subjects; instrumental groups ranging from simple continuo to full orchestra; oboe, flute, and chimes as obbligato instruments; and works stemming from the Italian, German, and English traditions.
This is also by far the most personal recording I have ever made. Unlike Lieder, which as miniatures often work their magic in impressionistic ways, or opera, which unleashes human passions to their largest and most raw expression, solo cantatas lie in the middle and take the singer on a highly specific conversation with himself as he grapples with the subject at hand. There is a direct line between the sweet and secular soliloquy of ‘Mi palpita il cor’ and the overtly religious soliloquy of the mighty ‘Ich habegenug‘: in both cases you experience in real time a human being grappling alone with a subject of the soul. ‘Yet Can I Hear That Dulcet Lay’ is ultimately a soliloquy within a single aria, as Hercules struggles to make his choice. To me, this conversation with the self, this humanist spirituality, is the unifying and defining characteristic of this profound and intimate repertoire.
I wish you joy.
-Bejun Mehta 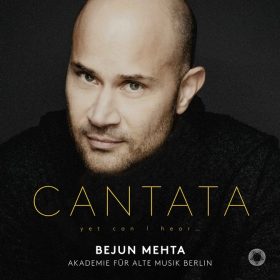 CANTATA – yet can I hear…
Buy now

CANTATA – yet can I hear…
Buy now
We would like to use our own and third party cookies and similar technologies for statistics and marketing purposes. You can set your preferences by selecting the options below. Withdraw your consent at any time via the shield icon.
Cookie SettingsAccept All
Manage consent