PENTATONE releases works of composer Viktor Orri Árnasson, whose innovative musical and sound approach expands our notions of what classical music is today.

The single Var – Er is the apotheosis of Eilífur (Eternal), Icelandic contemporary composer Viktor Orri Árnason’s first PENTATONE album, in which the prospect of living forever is contemplated. For Árnason, this current prediction of human immortality by some of today’s greatest minds is truly fascinating. Var – Er presents a dialogue between a father and a son about embracing what is now and finding excitement in thought about the future. This story is captured through vast orchestral sounds mixed with distinctive electronics which were meticulously manipulated in time, establishing a sound world that is eerie and enticing at the same time. 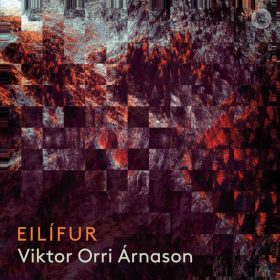 We are delighted to announce that in June, PENTATONE releases composer Viktor Orri Árnason album Eilífur. Eilífur (Eternal) is Icelandic...