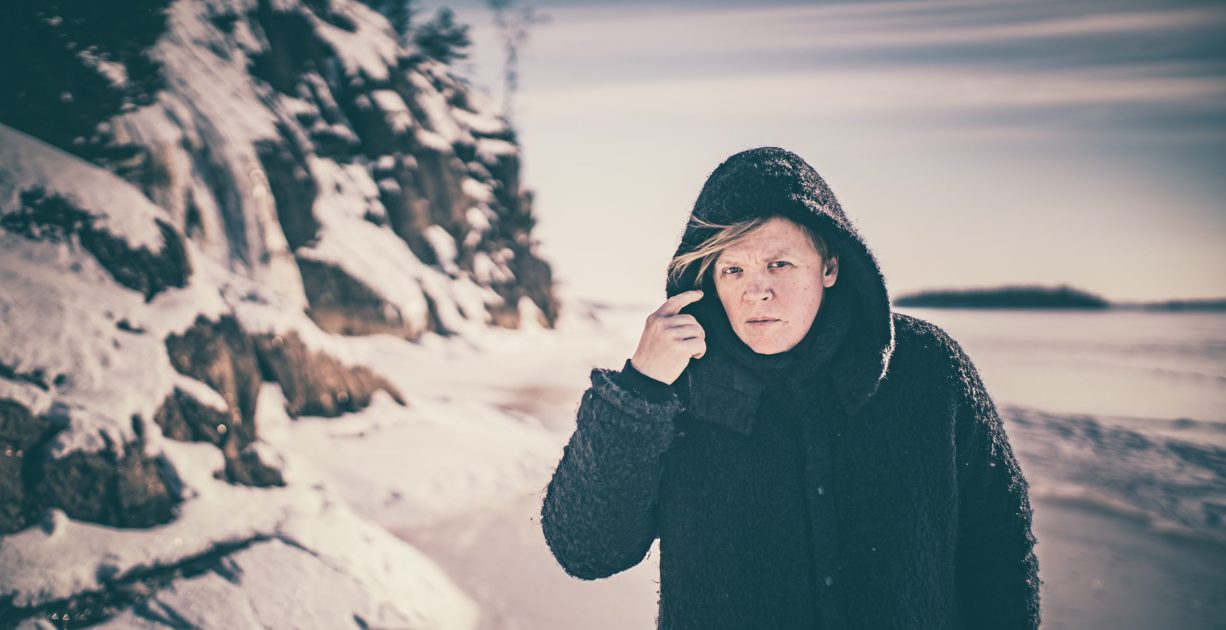 We are delighted to announce that in June, PENTATONE releases First Light – Muhly & Glass with violinist Pekka Kuusisto, Nico Muhly and the Norwegian Chamber Orchestra.

Violinist Pekka Kuusisto and the Norwegian Chamber Orchestra present First Light, the first fruit of Kuusisto’s tenure as the ensemble’s Artistic Director, on which two eminent New York composers are cast in a Nordic light. The album offers the world premiere recording of Nico Muhly’s Shrink (Concerto for Violin and Strings), a unique, remotely-recorded rendition of Philip Glass’ The Orchard by Kuusisto and Muhly, and Kuusisto’s new string orchestra arrangement of Glass’ “Mishima” String Quartet No. 3. Violinist, conductor and composer Pekka Kuusisto is renowned for his artistic freedom and flair in directing ensembles. Since its formation in 1977 the Norwegian Chamber Orchestra has established itself as one of the foremost chamber orchestras on the international classical music scene today. Nico Muhly is one of the most-performed composers of his generation, and appears as pianist on this album. Kuusisto, the NCO and Muhly all make their PENTATONE debut.

“Philip Glass had been present in our interactions since the beginning. He and Nico go way back as colleagues, whereas I’ve been merely an admirer and occasional resident of Philip’s music. My musical education did not include works by American composers, and while I’ve since made my own explorations, Nico has in many ways functioned as my guide to New World music, past and present. Against this background, coupling Shrink with a new orchestration of Philip Glass’ Mishima quartet seems appropriate. Mishima, in my opinion, hosts some of the finest sets of elements and proportions Philip has developed. Its developments still strike me as both surprising and reassuring, and match my fondness for the Glass language at every turn. I’ve thought about translating it for string orchestra for some years now, and I’m hopeful this version of the work will join its slimmer older brother in the repertoire. The pandemic-era, long distance recording of Philip Glass’ The Orchard is an expression of gratitude to Philip on behalf of myself and Nico, and to the Norwegian Chamber Orchestra for their stellar work with us. They took complete ownership of Shrink at its European premiere in early March 2020, just one night before the pandemic shut Oslo down. Being able to record with them in October of the same year was a ray of light during a most agonizing autumn. I’m beyond happy to begin my recording relationship with the Norwegian Chamber Orchestra with this release.”

Pekka Kuusisto and Nico Muhly present Philip Glass’ elegiac The Orchard in a rendition for violin and piano; a homage to one of the greatest composers of our times, as well as a contemplation on life in times of a pandemic. Recorded remotely in New York and Helsinki, it serves as the pre-release upbeat to the full album First Light by Pekka Kuusisto, the Norwegian Chamber Orchestra and Nico Muhly.

[Check out the single here:] 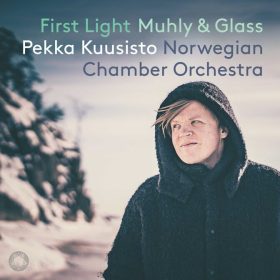 First Light: Muhly & Glass
Buy now
We would like to use our own and third party cookies and similar technologies for statistics and marketing purposes. You can set your preferences by selecting the options below. Withdraw your consent at any time via the shield icon.
Cookie SettingsAccept All
Manage consent