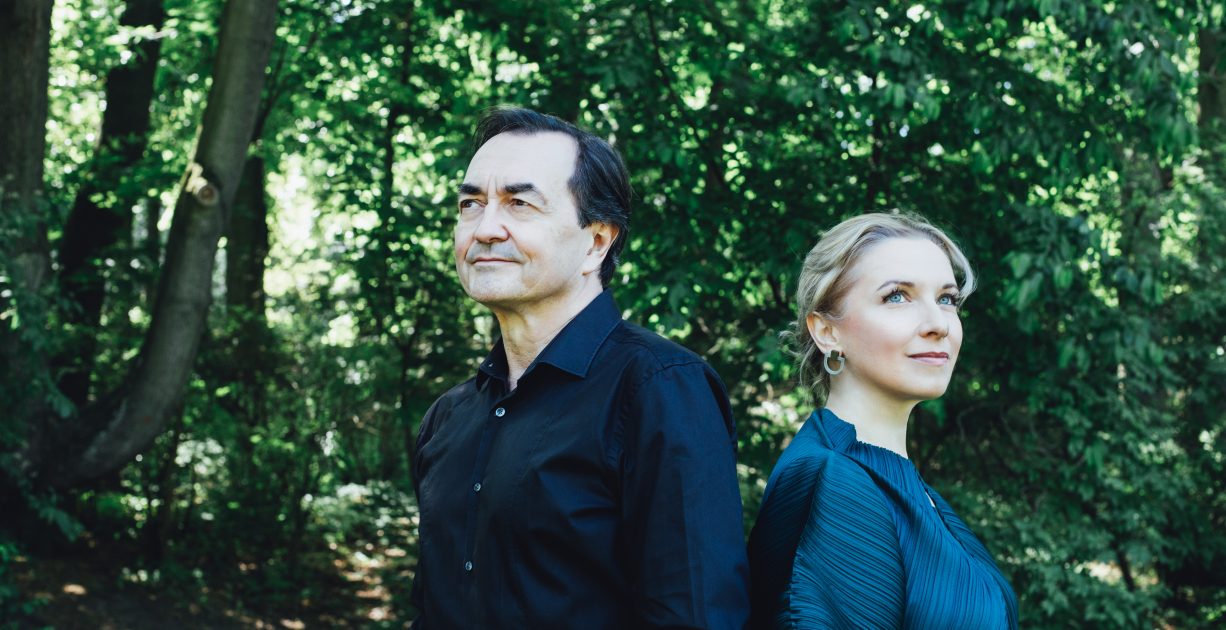 On her third Pentatone album Brahms Lieder, Anna Lucia Richter returns to the German lied, making her recording debut as a mezzo-soprano with a recital of Brahms songs, together with pianist Ammiel Bushakevitz. Brahms is particularly suitable for this recording debut as his songs fit the mezzo-soprano voice like a glove, and the pieces presented here range from love poetry and dark Romanticism to folk songs, including the world-famous Wiegenlied. Richter’s profound engagement and knowledge of the German lied is perceivable in each song she performs, as well as in her insightful liner notes text for the booklet, in which she links the project to the notion of twilight (Dämmerung). Bushakevitz’s poetic playing offers the perfect tone for both the gloomy and the idyllic pieces.

Anna Lucia Richter belongs to the most exciting young singers of her generation. Brahms Lieder is the third fruit of her exclusive collaboration with Pentatone, after her Monteverdi portrait Il delirio della passione (2020) and her Schubert album Heimweh (2019).  Ammiel Bushakevitz enjoys a flourishing career both as a solo pianist and lied accompanist, and makes his Pentatone debut.

Visions offers Tamara Stefanovich and Pierre-Laurent Aimard’s return to Pentatone, presenting a programme revolving around Messiaen’s intoxicating Visions de l‘amen for two pianos. This centrepiece is surrounded by Enescu’s Carillon nocturne, Knussen’s Prayer Bell Sketch and Clock IV from Birtwistle’s Harrison’s Clocks. The works performed all share a fascination for the sound of bells, and Stefanovich and Aimard invite the listener on a mesmerizing acoustic journey.

Tamara Stefanovich is captivating audiences worldwide with a broad repertoire ranging from Bach to contemporary composers, and made her Pentatone debut with the critically-acclaimed album Influences (2019). Widely acclaimed as a key figure in the music of our time and as a uniquely significant interpreter of piano repertoire from every age, Pierre-Laurent Aimard enjoys an internationally celebrated career. His exclusive engagement to Pentatone has led to a complete recording of Messiaen’s Catalogue d’oiseaux (2018) and a recording of Beethoven’s Hammerklavier Sonata and Eroica Variations (2021). 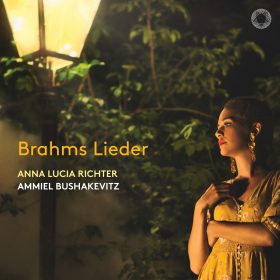 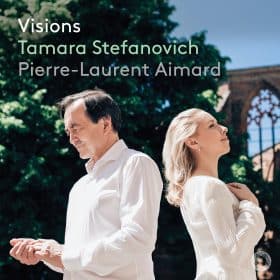 Visions
Buy now
We would like to use our own and third party cookies and similar technologies for statistics and marketing purposes. You can set your preferences by selecting the options below. Withdraw your consent at any time via the shield icon.
Cookie SettingsAccept All
Manage consent