We would like to announce that in June PENTATONE releases three enthralling additions to the catalogue: David Lang: The Writings with Cappella Amsterdam and Daniel Reuss; Sinnbild: Strauss Songs with Hanna-Elisabeth Müller, WDR Symphony Orchestra, and Christoph Eschenbach; and Plucked Bach with Alon Sariel.

Mesmerizing Settings of Old Testament Texts with a Universal Appeal

Cappella Amsterdam and its artistic leader Daniel Reuss return to PENTATONE with a world premiere recording of David Lang’s the writings. For this cycle, Lang has chosen five texts from the Old Testament tied to Jewish holidays. These writings share a universal appeal, a focus on what it means to be human. Lang’s austere and repetitive score makes a profound emotional impact, fully in line with the poetry of the subjects recited. This album comes with insightful program notes by the composer, as well as an evocative analysis by his esteemed colleague Nico Muhly.

Since its foundation in 1970, Cappella Amsterdam has shown an exceptional mastery of contemporary and early vocal music, with acclaimed excurses to Romantic repertoire as well. Daniel Reuss has been Artistic Leader of Cappella Amsterdam for over three decades now, and has worked with several renowned choirs and ensembles. Their PENTATONE debut album In Umbra Mortis (2021) won an Edison Klassiek Award. Multiple award-winning composer David Lang is one of America’s most performed composers, whose deceptively simple pieces can be fiendishly difficult to play, requiring incredible concentration by musicians and audiences alike.

On her second PENTATONE album Sinnbild, soprano Hanna-Elisabeth Müller presents an enchanting collection of orchestral songs by Richard Strauss, together with the WDR Symphony Orchestra under the baton of Christoph Eschenbach. Culminating in the famous Four Last Songs, the programme explores all forms of farewell – the big and the small – that we go through as human beings. Amidst this melancholia, Strauss’s lush, glorious orchestral writing and his exceptional understanding of the soprano voice offer profound solace to the listener.

Hanna-Elisabeth Müller is among the most celebrated lyrical sopranos of our times. Sinnbild is the second album as part of her exclusive collaboration with PENTATONE. The WDR Symphony Orchestra has released several albums with the label, including Beethoven’s complete symphonies (2020) and Hindemith orchestral works (2018), both with Marek Janowski, as well as the Strauss album Aber der richtige… (2018) with Arabella Steinbacher and Lawrence Foster. Christoph Eschenbach is universally acclaimed as a conductor and pianist and makes his PENTATONE debut.

Alon Sariel makes his PENTATONE debut with Plucked Bach, a programme exploring Bach’s cello suites performed on different mandolins, lutes, baroque guitar, and oud, concluding with Sariel’s own Bach-inspired Mandolin Partita. Bach’s suites are often considered to be “the cellist’s Bible”, but the transferability of his music between instruments – a practice to which the composer himself also contributed frequently – seems to justify this fresh approach. Sariel aims to realize the timeless and universal character of Bach’s music in a multifarious sound world of plucked instruments, through a programme that employs an interplay of light and dark, embodied by the first and second suites respectively. Another objective has been to bring out the youthful elan of this music, composed years before Bach’s Passions. Altogether, this album presents Bach’s music in a new, enticing light.

Alon Sariel is one of the most versatile performers of his generation, whose guiding principle is a changing perspective; giving new life to existing material, as well as creating completely new works. 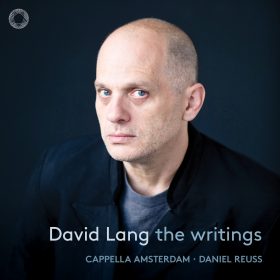 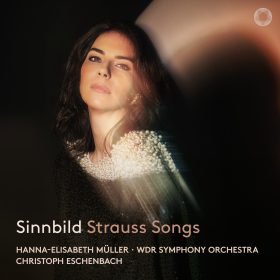 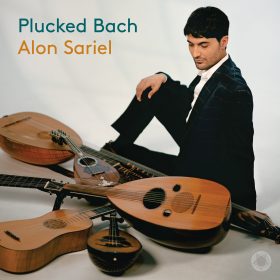 Plucked Bach
Buy now
We would like to use our own and third party cookies and similar technologies for statistics and marketing purposes. You can set your preferences by selecting the options below. Withdraw your consent at any time via the shield icon.
Cookie SettingsAccept All
Manage consent