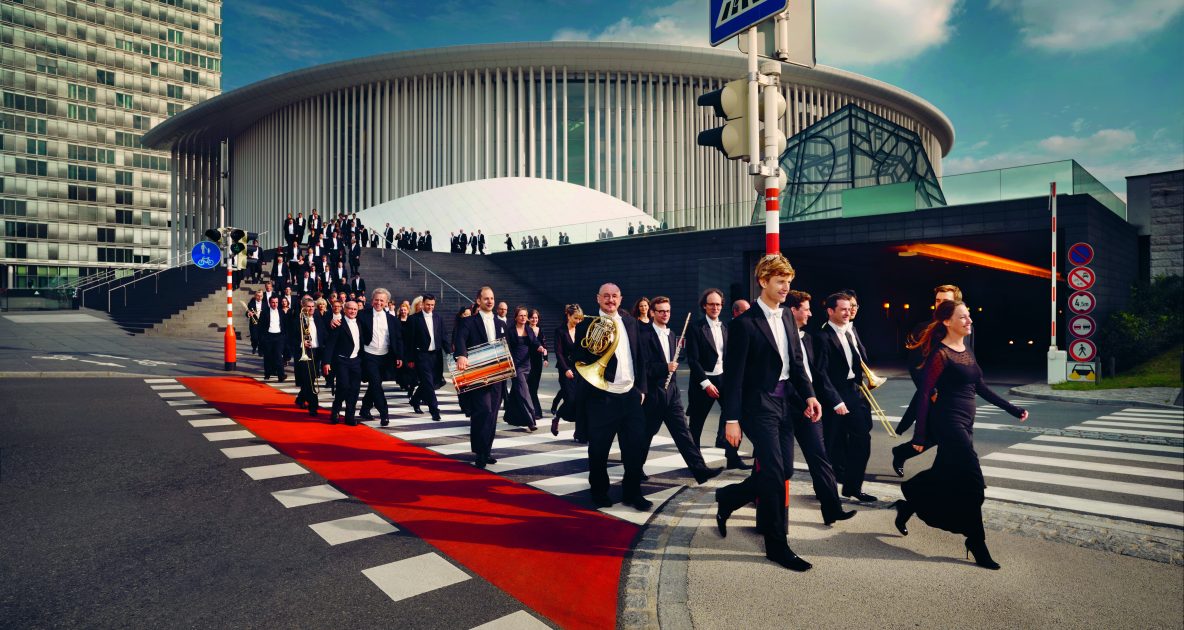 PENTATONE is pleased to announce a multiple-release collaboration with the Orchestre Philharmonique du Luxembourg (OPL), and their conductor, rising star Gustavo Gimeno. The first two titles of the series, Bruckner (Symphony No. 1 and 4 Orchestral Pieces) and Shostakovich (Symphony No. 1 and other short pieces) will be released in May, with a third release planned for later in 2017. Conceptually tying together the albums in the series is the idea of pairing major works with lesser-known music from the same composer, and at least six further projects are planned for the coming years.

“We’re very excited to make this multi-album collaboration with Pentatone part of the artistic journey of the Orchestre Philharmonique du Luxembourg and Gustavo Gimeno. Having the opportunity to commit to a series of recordings of music by a broad range of composers is hugely rewarding for all involved and all the more so in the pairing of major symphonic repertoire with wonderful less familiar works such as Bruckner’s Four Orchestral Pieces or Shosakovich’s early Theme and Variations. We believe that the albums ahead of us have a great deal to offer. “ (Matthew Studdert-Kennedy, Head of Artistic Planning at the OPL)

This keenly anticipated first release for PENTATONE, rising young star Gustavo Gimeno conducts the Orchestre Philharmonique du Luxembourg in a riveting performance of Bruckner’s towering First Symphony, heard in the lesser-known “Vienna” version of 1890/1891.Bruckner’s massive orchestral landscapes often feel like unstoppable forces of nature: radiant, magnificent and thrilling, with a soul-searching beauty and power. Feelings of reverence and awe are accentuated by organ-like sonorities which are given new dimensions with blazes of orchestral colour and disconcerting titanic shifts. Little wonder that his first symphony so bemused audiences at its premiere. Also included in this release are his Four Orchestral Pieces from 1862. These intriguing but sometimes overlooked works give a fascinating insight into Bruckner’s developing compositional style.

SHOSTAKOVICH: SYMPHONY NO. 1 & OTHERS SHORT WORKS

Gustavo Gimeno conducts the Orchestre Philharmonique du Luxembourg in a fascinating survey of confident, assured and striking orchestral works by the young Shostakovich. This new recording for PENTATONE includes his breath-taking Symphony No.1 op. 10 – the student work which brought Shostakovich international fame. While indebted to the Russian masters, Shostakovich’s early works nevertheless demonstrate his precocious brilliance, originality and flair and they offer an intriguing glimpse at the evolution of his distinctive, mature style. From the easy going and good humoured Scherzo op. 1, the Tchaikovskian Theme and Variations in B-flat major op.3, or the Stravinskyan Scherzo op. 7, his youthful vitality is never in doubt. But with his Symphony No.1 op. 10 he produced his first masterpiece and found his own distinctive voice. It’s a thrilling work full of sardonic edginess, pained introspection and dramatic outbursts, and closes with a barnstorming finale. Composed 10 years later, the aptly titled Five Fragments for orchestra op. 42 are short, pungent and austere pieces; the arresting style is modernist but the sound is unmistakeably Shostakovich. 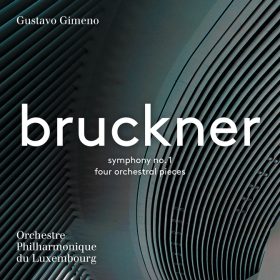 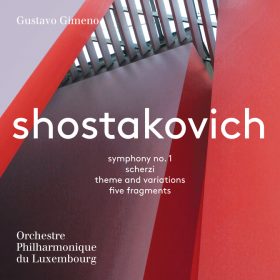 Shostakovich – Symphony No. 1 & other short works
Buy now
We would like to use our own and third party cookies and similar technologies for statistics and marketing purposes. You can set your preferences by selecting the options below. Withdraw your consent at any time via the shield icon.
Cookie SettingsAccept All
Manage consent