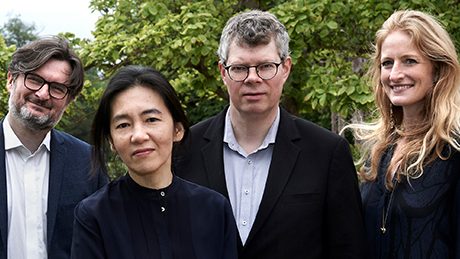 A Bouquet of Chamber-Musical Jewels

This album will be released as 1 CD and in digital formats for streaming and high-resolution downloads. (Article number: PTC 5186749)

The Fruit of Profound Musical Friendships

Inon Barnatan kicks off his complete Beethoven piano concertos cycle with this double album, together with the Academy of St. Martin in the Fields and maestro Alan Gilbert. Ranging from the classical First and romantic Third to the experimental Fourth Piano Concerto, and closing with the festive Triple Concerto, Barnatan and his colleagues display the exceptional expressive range and stylistic diversity of Beethoven’s musical language. For the Triple Concerto, Barnatan joins forces with violinist Stefan Jackiw and cellist Alisa Weilerstein. This recording project bears the fruit of longstanding and profound musical friendships, and surprisingly offers the first studio recording of Beethoven piano concertos by the Academy of St. Martin in the Fields, one of the most-recorded ensembles in the world of classical music.Inon Barnatan is now making his PENTATONE debut. This will be followed by Beethoven Piano Concertos Part 2 in 2020, which will complete the cycle. The Academy of St. Martin in the Fields has built a consistent repertoire with the label throughout the years, whereas Alisa Weilerstein presented the first result of her exclusive collaboration with PENTATONE in 2018 with Transfigured Night. Stefan Jackiw and Alan Gilbert make their PENTATONE debut.

This album will be released as 2 CDs and in digital formats for streaming and high-resolution downloads. (Article number: PTC 5186817)

Marek Janowski is one of the most celebrated conductors of our times, and enjoys a vast PENTATONE discography, including complete recordings of Bruckner’s symphonies and Wagner’s mature operas. Frankfurt Radio Symphony has also released multiple albums on PENTATONE, including a recording of Richard Strauss’s Salome (2017).

This album will be released as 2 Super Audio-CDs and in digital formats for streaming and high-resolution downloads. (Article number: PTC 5186788) 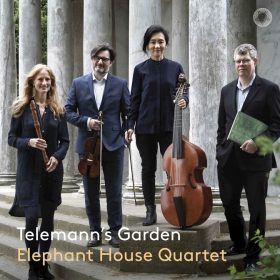 Telemann’s Garden – Elephant House Quartet
Buy now
We would like to use our own and third party cookies and similar technologies for statistics and marketing purposes. You can set your preferences by selecting the options below. Withdraw your consent at any time via the shield icon.
Cookie SettingsAccept All
Manage consent