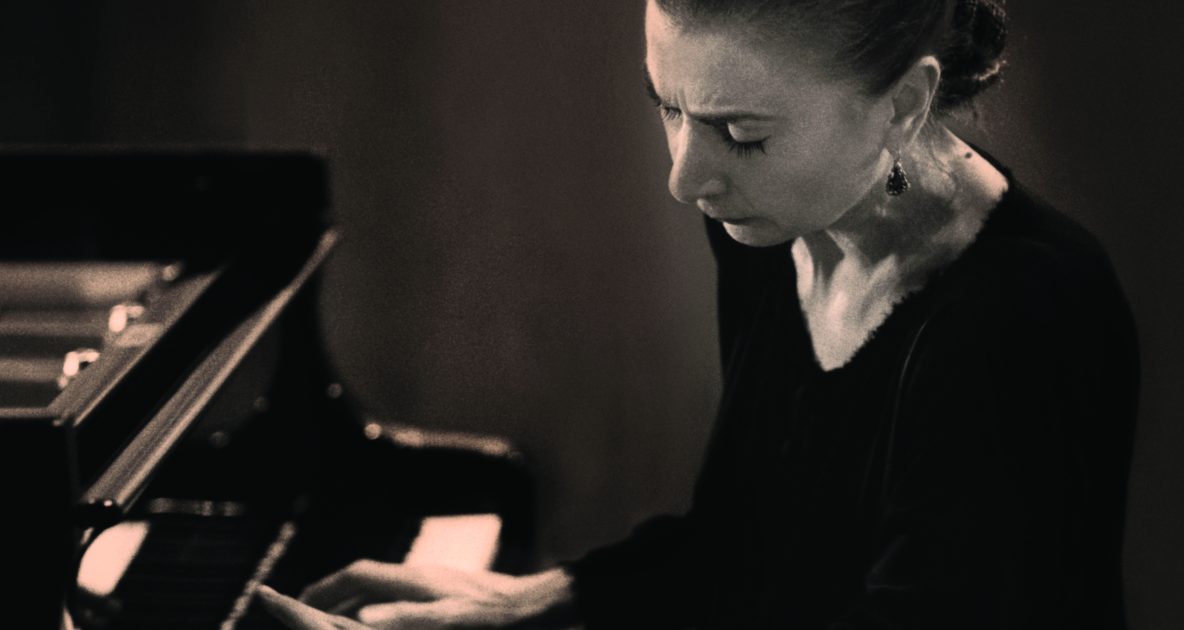 Exclusive Insights by Nelly Akopian-Tamarina on her Brahms release

I recall my first steps into Brahms’s world as a student at the Moscow Conservatoire, playing the Intermezzi Op 117, the Op 79 Rhapsodies, and the F minor Sonata. The real moment of connection, however, didn’t occur until much later, during my life in England. It stretched into a long passage of time, burdened with self-doubts – contrasting my early bonding with Schumann.

Some time ago, following a performance of Brahms’s Piano Quintet with the Musikverein Quartet, I started nursing the thought of recording the solo pieces. My inner voice kept telling me – no, not yet, not now, perhaps Yeats lurking subliminally in my mind: ‘I, being poor, have only my dreams; I have spread my dreams under your feet; Tread softly because you tread on my dreams’.

I feel an affinity with the espressivo that is Brahms’s emotional realm. I am drawn to his poetic shyness, his sublime melody and haunting harmonic colours, the rhythmic tension and orchestral palette of his pianistic canvases. I sense a tormented soul lying beneath the surface, like a subterranean volcano or a mythical whale about to emerge. I am stunned by the power that conducts his tender cantabile into such shattering climaxes.

My affection for Brahms – Beethoven too – borders on reverence, not dissimilar to being overwhelmed within some gothic cathedral, unable to speak, equally, when admiring a fragile precious object from a distance, not daring to touch. Maybe it is imprinted on my Russian psyche to be in awe of these defining gods of the great Soviet piano titans –Gilels, Richter, Yudina. In my teens their concerts were the norm in Moscow. I attended them all. The experience shaped and groomed my artistic, pianistic vision.

The day arrived when I was faced with the chance to record some Brahms. That old voice within – no, not yet, not now. Not now? I found myself hesitating … If not now, then when?

Searching for an evocative, atmospheric location, the magic of a special acoustic, I settled on the Concert Hall of Snape Maltings, the tang of the old German Ocean a few miles away. I hand-picked a recording team, and selected a Hamburg grand from Steinway London. At the end of one of the sessions, exhausted and late, we drove into Aldeburgh for dinner, which I cut short, leaving the crew behind. It was an autumn night, a first chill coming off the sea. I found myself alone at the piano. An empty hall, the wind muttering in the roof, no lights, no one around, only silence whispering its secrets to those ‘who know how to listen’ (Schlegel). The whole atmosphere kindled Brahms the Tone Poet, his intimate heart withdrawn and fragile, trusting only the dark, releasing his slurs and tears like flowers awaking into the night confessing their aromatic memories.

Transported, I browsed through the Ballades which had just been recorded, through the chimes of the Third with its peculiarly Russian flavour, redolent of distant basilica bells penetrating the mist, to the toll of destiny in the Fourth. Here, lingering between minor and major, Brahms resolves his inner discord with majestic calm, crowning the cycle with a luxuriant fermata seeking eternity. My hands rested on the piano, unable to part with it. A voice threw me back to earth, my producer’s. ‘Good Lord … that was something else … and we recorded it too!’

A towering force of grandiose architecture, proudly claiming its place in history, the Variations and Fugue on a Theme of Handel (1861) take the baroque for inspiration (Handel’s Harpsichord Suite HWV 434); Bach and Beethoven for design; and the advances of the 19th century piano for orchestration. Classically framed romantic miniature fantasies, intricate, entwining studies in embroidery, decoration and voicing, the twenty five variations navigate the theme to a coronation of fugal triumph, immeasurable and immortal.

Early Brahms meeting his later self – the Four Ballades (1854). This quartet invites many ways to wander the imagination. One, possibly, might be a glance into Brodsky’s ‘world without us’, Brahms conjuring his way through the seasons of life. The First, Winter, is based on a Scottish ballad, Edward. Among sleeping mountains, icy and unforgiving, it guards its blood-spilt past locked in stone, never to be revealed. The Second, Spring, is an awakening, the frosts of Winter left behind, the first buds blushing into life.   The Third, Summer, as brief as youth: Schumann thought it ‘demoniacal … splendid … mysterious’. The Fourth, Autumn, is a symphonic poem – the ‘nebulous vastness’ to come of Thomas Mann, drawing to a close the dissonance of life’s pain, touching the untouchable.   – Nelly Akopian-Tamarina, 2017

To the memory of my mother 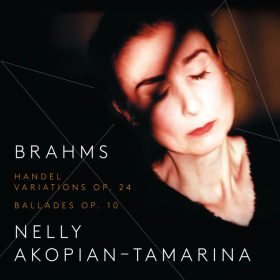 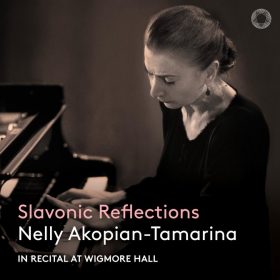 Slavonic Reflections – Nelly Akopian-Tamarina
Buy now
We would like to use our own and third party cookies and similar technologies for statistics and marketing purposes. You can set your preferences by selecting the options below. Withdraw your consent at any time via the shield icon.
Cookie SettingsAccept All
Manage consent