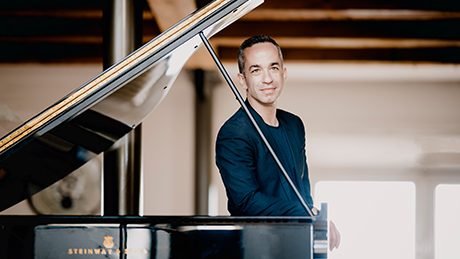 In May, PENTATONE releases two more highlights to the catalogue: Beethoveen Piano Concertos Part 2 and Telemann Miriways, in addition to Piotr Beczala’s much anticipated Vincerò!

After an acclaimed first instalment, Inon Barnatan, Alan Gilbert and the Academy of St Martin in the Fields complete their Beethoven piano concertos diptych. This recording project bears the fruit of longstanding and profound musical friendships. While the 2nd Piano Concerto is fairly Mozartian in spirit, the famous 5th “Emperor” Concerto reveals Beethoven’s full maturation, and is one of the most popular piano concertos to this very day. These pieces are complemented by two rarities: Beethoven’s arrangement for piano and orchestra of his Violin Concerto, as well as his Choral Fantasy, a small-scale forerunner of his epic “Choral” Ninth Symphony. Inon Barnatan is one of the most admired pianists of his generation (New York Times). The Academy of St Martin in the Fields has built a consistent repertoire with the label throughout the years. Alan Gilbert made his PENTATONE debut with Beethoven Piano Concertos Part 1 in 2019.

This album will be released as 2 CDs and in digital formats for streaming and high-resolution downloads. (Article number: PTC 5186824)

PENTATONE presents Telemann’s rarely-performed opera Miriways (1728) with a stellar cast and the Akademie für Alte Musik Berlin conducted by Bernard Labadie. Star vocalists such as André Morsch (Miriways), Robin Johannsen (Sophi), Sophie Karthäuser (Bemira), Lydia Teuscher (Nisibis) and Michael Nagy (Murzah) offer a string of beautiful baroque arias and scenes in this German-language opera. Miriways is a piece about love, duty and truthfulness, and was based on political events from that time in Afghanistan and Persia that actually made headlines in European newspapers, demonstrating the eighteenth-century fascination for the Orient. The opera was recorded live during the Telemann Festival Hamburg in 2017.

The Akademie für Alte Musik is generally seen as one of the best period-instruments ensembles of today, and has a substantial PENTATONE discography, including CANTATA with Bejun Mehta (2018), as well as Handel’s Concerti grossi op. 6 (released in 2019 and 2020). Robin Johannsen featured on Handel’s Parnasso in festa (2017). André Morsch, Sophie Karthäuser, Lydia Teuscher, Michael Nagy and Bernard Labadie make their PENTATONE debut.

This album will be released as 2 CDs and in digital formats for streaming and high-resolution downloads. (Article number: PTC 5186842) 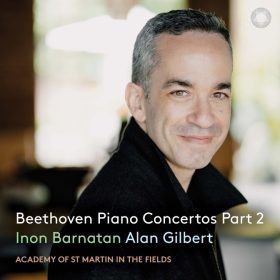