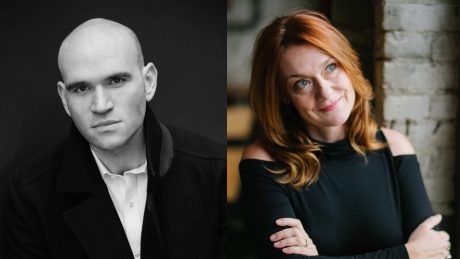 LOST IN A LABYRINTH OF LOVE AND LONGING

On her first PENTATONE album, Czech star mezzo-soprano Magdalena Kožená returns to the baroque repertoire that launched her early career. Il giardino dei sospiri is a collection of scenes from secular cantatas on tragic love, ranging from Handel’s Qual ti riveggio to new editions of works by Leo (Angelica e Medoro), Marcello (Arianna abbandonata) and Gasparini (Atalia). These vocal works are connected through instrumental pieces by Handel (sinfonia of Agrippina), Vinci (sinfonia from Maria dolorata) and Sarro (introduzione from Didone abbandonata, included on the digital album in 96/24 PCM and 44.1/16 PCM only). Initially conceived as a scenic project, Il giardino dei sospiri offers a richly-faceted and profoundly moving aural drama. Kožená interprets the tragic heroines of these love stories with fervour, accompanied by Václav Luks and Collegium 1704.

A WORLD FULL OF HEARTFELT TENDERNESS AND FIRE-LADEN DRAMA

American star tenor Michael Fabiano presents a spectacular set of scenes taken from late Donizetti and middle Verdi operas, revealing the strong ties between these two composers. The album documents a paradigmatic shift in Italian opera, from the beautiful lines and crispness of belcanto to a richer, more dramatic musical universe. The historical line stretches from Donizetti’s Lucia di Lammermoor, Poliuto and Maria di Rohan to mature Verdi operas such as Rigoletto and Un ballo in maschera. In many cases, Fabiano has selected original, rarely-heard versions, including the thunderous ‘Qual sangue sparsi’ from the original St. Petersburg edition of La Forza del Destino. Together, these arias and scenes constitute a world full of heartfelt tenderness and fire-laden drama.

After numerous successes on the opera stage, this is Michael Fabiano’s debut album on PENTATONE. He is accompanied by the London Philharmonic Orchestra and London Voices, conducted by Enrique Mazzola. Michael will donate 10% of his net proceeds from the sale of this recording to ArtSmart, a non-for-profit foundation that provides children access to free weekly one on one music lessons in underserved communities. 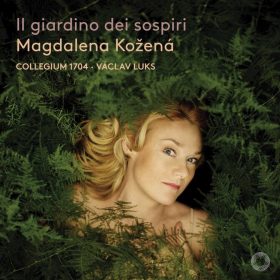 “This excellent Soirée can be warmly recommended.” “Soirée” starring Magdalena Kozena with her outstanding group of...

Kožená and Rattle on the Financial Times

“There is some highly rewarding music here which does not come round often in the recital hall.” The Financial Times features “Soirée”...

“A lovely, relaxed musical evening you will cherish.”  “Soirée” starring Magdalena Kozena and, among others, Sir...