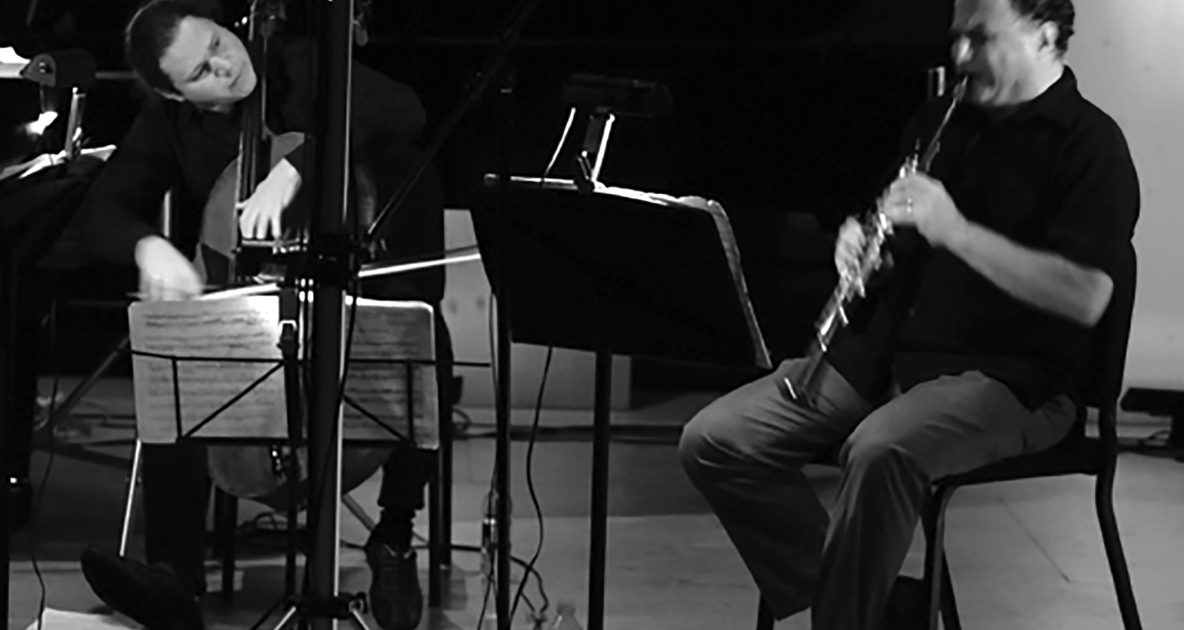 One of our upcoming releases in April is PENTATONE Oxingale “AKOKA” performed by the talented cellist, Matt Haimovitz together with clarinetist David Krakauer. AKOKA was inspired by the wartime experience of Jewish clarinetist Henri Akoka, who premiered the Quartet for the End of Time with Messiaen himself at the German prisoner-of-war camp in which they were both interred. David Krakauer and cellist Matt Haimovitz’s AKOKA lift Messiaen’s transcendent 1940-41 work Quartet for the End of Time out of the polite context of a chamber music performance, placing it in a dramatic 21st century setting that drives home its gravity and impact. Read Matt Haimovitz’s notes about his personal connection with this latest release.

Olivier Messaien’s Quartet for the End of Time is a spiritual experience. The composer transcends the inhumanity of his internment in a WWII work camp, to create a deeply profound chamber work. Using whatever materials are at his disposal, he brings together four instrumentalists, fellow inmates, to perform this groundbreaking, eight-movement work for all of the camp’s prisoners. Messiaen’s obsession with ornithology, his synesthesia, and his devout Catholic faith weave their way through the work that encompasses dramatic extremes, the most tender, intimate expression of awe, a prophetic collective scream and delirious dance of the ensemble as one.

Upon meeting at a Klezmer music retreat in the Laurentians, KlezCanada, David Krakauer and I bonded instantly as musical brothers. David brought Rebecca Rischin’s important book on Messiaen’s Quartet to my attention. Both of us were struck, not only by the debunking of many of the myths surrounding the origin of this work and its premiere, but also by the gripping story of the original clarinetist of the group, Henri Akoka. Akoka was a Sephardic Jew and we tried to imagine what it must have felt like to work on this piece, inspired by the New Testament’s Revelations, during such harrowing circumstances. With this in mind we frame the Quartet with a structured improvisation of David’s design and a re-mix of the Quartet’s elements created by Socalled, to which we also add our live improvisations. In this way we look at Messiaen’s Quartet through the eyes of one individual caught up in terrifying events beyond his control.

Recorded live, AKOKA, drives home the gravity and impact of Messiaen’s Quartet for the End of Time, and affirms its relevance in the 21st century. As the forces of fundamentalism, intolerance and violence intensify in today’s world, Messiaen’s prophecy seems all the more timely.

The album is already available on PENTATONE website, two months before the official release date. 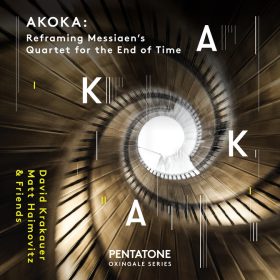 PENTATONE OXINGALE SERIES "Akoka" Messian ‘Quator Pour la Fin du Temps ‘ reframed
Buy now
We would like to use our own and third party cookies and similar technologies for statistics and marketing purposes. You can set your preferences by selecting the options below. Withdraw your consent at any time via the shield icon.
Cookie SettingsAccept All
Manage consent