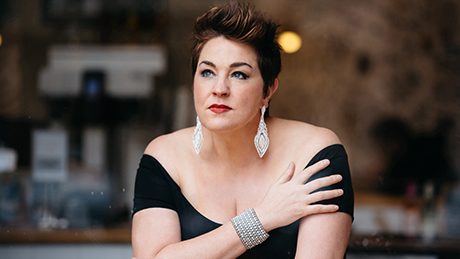 An American Song Album is a fine collection of songs by American composers, presented by soprano Melody Moore. The repertoire includes Samuel Barber’s introspective Hermit Songs, Jake Heggie’sengaged cycles These Strangers and How Well I Knew the Light, Carlisle Floyd’s exploration of motherhood in The Mystery, Copland’s impressionist and oriental Four Early Songs, as well as a varied selection from Gordon Getty’s vocal works. Set to Irish, Welsh, Chilean, German, Arabic and Afro-American poetry, these pieces constitute a panorama of the US as a melting pot of cultures, while simultaneously being bound together by an unmistakably American sound. Melody Moore manages to lift out the poetry of these works with her warm, lyrical voice and impeccable vocal technique. She is accompanied on the piano by Bradley Moore, one of the most eminent conductors and song accompanists of today’s American musical scene. With her first solo album, Melody Moore continues her PENTATONE discography that already features recordings of leading roles in Gordon Getty’s Plump Jack (2012) and The Little Match Girl (2015), as well as Desdemona in Verdi’s Otello (2017).

This album will be released as 1 Super Audio-CD and in digital formats for streaming and high-resolution downloads. (Article number: PTC 5186770)

The Akademie für Alte Musik Berlin kickstarts their Handel trilogy with this recording of the first six concerti grossi op. 6. Originally designed as attractive interludes to English oratorio performances,Handel’s concerti grossi soon gained fame as the most appealing orchestral music of the baroque era. Written in London in 1739, towards the end of his career, Handel paid tribute to the immenselypopular concerti grossi of Corelli while simultaneously proving his mastery incorporating all musical styles of his time. Led by their concertmaster Bernhard Forck, the players of the Akademie für Alte Musik Berlin demonstrate why many consider them the best baroque ensemble of today. This first installment will be followed by the last six concerti grossi op. 6, as well as a recording of the concerti grossi op. 3. The ensemble’s first PENTATONE album, Cantata (2018) with countertenor Bejun Mehta, won a Diapason d’or.

This album will be released as 1 Super Audio-CD and in digital formats for streaming and high-resolution downloads. (Article number: PTC 5186737) 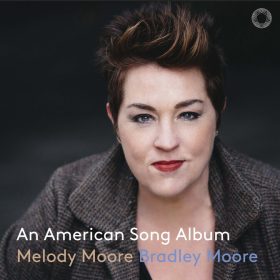 “This new version of Mascagni’s one-act wonder is everything that verismo should be: intense, passionate and heart stopping as it reaches its...

“With this recording, a new reference for this emblematic opus has finally been accomplished.” “Handel – Concerti Grossi Op.6 –...