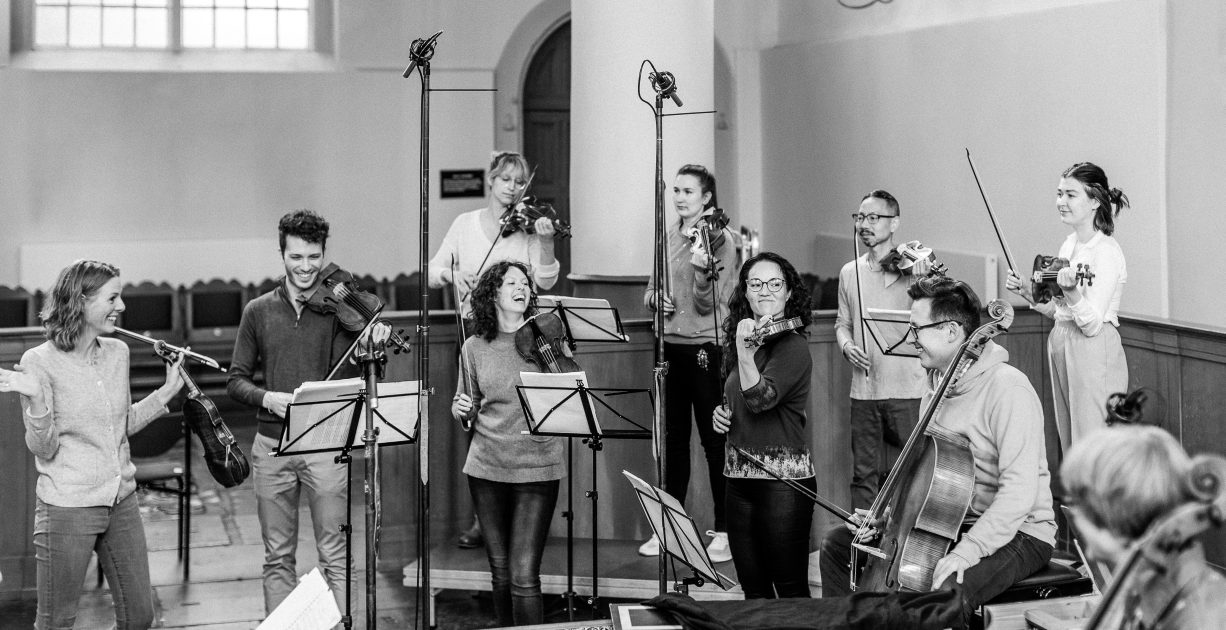 Holland Baroque presents Bachs Königin, an album full of masterful organ works by J.S. Bach, transcribed for the orchestra by Judith and Tineke Steenbrink. These creative interpretations add unique colours and a fresh spirit to baroque monuments. Here is yet another chance to enjoy Bach’s genius.

Holland Baroque is an original and innovative baroque orchestra that approaches baroque repertoire through a fresh and contemporary approach, with a focus on improvisation and collaborations with outstanding artists from different traditions. Bachs Königin is their fifth Pentatone album, after having released Minne (2022) Brabant 1653, Polonoise (both 2021) and Silk Baroque (2019) with the label.

“My sister Tineke and I have always worked together, through playing music but also in preparing programs, choosing pieces and preparing the musical material for the players. We send our arrangements back and forth until we both think it’s good. It’s a game for us and at the same time a very serious matter to respect the old rules of composition at all times. As an organist and harpsichordist, Tineke is more at home with organ repertoire, but I also have many childhood memories of these pieces. As children, we heard many organ concerts. The organist of the monastery where we spent a lot of time played these works. For example, on religious holidays the first part of BWV 592 always was played after Mass. It was a tradition. Everyone always hummed along.”

“It was an exciting experience to see how it would sound if the players of Holland Baroque were to breathe life into the notes. Our goal was for the transcriptions to be as playable and sound as natural as possible.”

“It was interesting to see that the ten fingers and two feet of Bach as an organist can still leave space for the addition of more voices. I didn’t expect that. What also was a discovery for me was the use of the double bass as a symbol of the often imposing, low notes of the organ pedal. When Bach uses these low notes as an ‘organ point’ it sounds impressive, even overwhelming. In baroque repertoire, it is common for the contrabassist to simplify his part. It gives more clarity to the structure of the composition. By differentiating the double bass and cello parts in our arrangements, we were able to mimic the effect of the low pedal notes of the organ.”

“We had to make choices about which pieces to use from the large organ repertoire of Bach. We have chosen pieces and left others behind. For example, the famous Toccata & Fugue (BWV 565) is still on the shelf. I did start working on it, but I got stuck after some time. At a certain point, I couldn’t get past the bombastic side of the piece anymore. Maybe I will manage next time. There is so much material still. The most important thing is that we show the many sides of Bach. Also that new orchestral material has been created. An addition to help us dive into even more of Bach.” 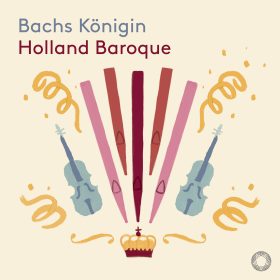 Bachs Königin
Buy now
We would like to use our own and third party cookies and similar technologies for statistics and marketing purposes. You can set your preferences by selecting the options below. Withdraw your consent at any time via the shield icon.
Cookie SettingsAccept All
Manage consent