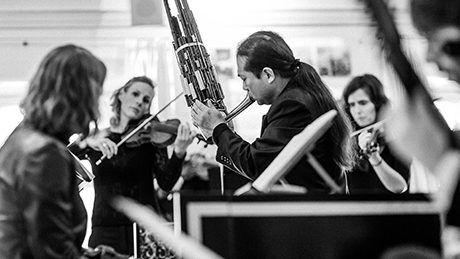 Holland Baroque will release its new album Silk Baroque in June, together with PENTATONE. On this album, Holland Baroque and Wu Wei combine baroque music with the beautiful sounds of the sheng and show that old traditions and exotic instruments can produce new stories.

Wu Wei is a virtuoso on the sheng; the Chinese mouth organ that evokes three thousand years of Chinese music. The instrument is a small miracle of harmony, melody and rhythmic possibilities. In addition to Chinese traditional music, the album includes compositions from Bach, Telemann and Rameau.

“Baroque music is like light. It touches you and attracts your attention whether you want it or not. You are gripped by it, both in positivity and in melancholy and heartrending sadness. “ – Wu Wei

Holland Baroque is a Dutch ensemble of baroque musicians. They choose to collaborate with artists for whom improvising and composing is second nature, making something new on the spot. Wu Wei is like that, he can do everything with his instrument. After going on tour together in 2017, the idea of this album started taking shape. NRC named the program with Wu Wei as one of the highlights of the Dutch concert season in 2017. On stage western baroque and oriental sounds mix, Telemann dances with a Chinese dragon, the different music cultures converse with each other, and there is a lot to say. “The basis is pleasure in playing, we want to feel the energy and power of both worlds flowing through our veins.” Tineke Steenbrink

China: Holland Baroque and Wu Wei will perform five times in China’s most impressive concert halls from 8 to 14 May. 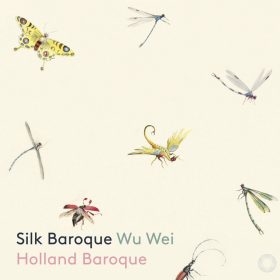