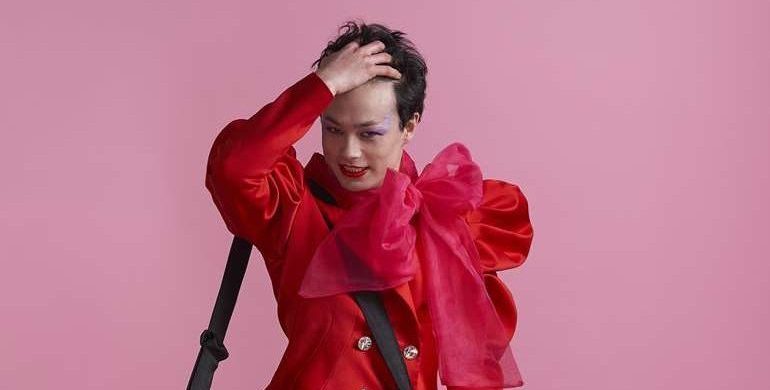 “Shibe’s music-making is masterful, beautiful and convincing in every way.”

“The greatest performers always push the boundaries, and… Sean Shibe… is already in their select company…. The spell, as always with Shibe, was total; no other guitarist that I know of is working at this artistic level.”

PENTATONE is delighted to announce that one of the most exciting guitarists of today, Sean Shibe, has signed an exclusive, multi-album agreement with the label. The collaboration will be earmarked by the range and diversity for which Shibe already is known, with current plans encompassing solo and orchestral, acoustic, and electric guitar repertoire. Shibe’s first solo recording on Pentatone will focus on Spanish impressionism and the French influences to be found in this music, presenting works by composers including Mompou, Poulenc, de Falla, and Ravel. Further details will be announced at a later date.

“The artistic and aesthetic vision of Pentatone’s releases – vitally, in some way always a reflection of the contemporary – marks them out as one of today’s leading labels. They deftly balance their genuine and refreshing commitment to new music with benchmark interpretations of canonical titans; an invigorating eclecticism. I’m delighted to begin the next stage in my recording career with Pentatone.”

“I became aware of Sean comparatively recently, hearing him perform at a function my colleagues and I were attending. Further to his sheer technical prowess and staggering versatility, the mastery of style and of the instrument itself – or themselves, rather – it was one of those truly extraordinary and rarest of moments, when one realizes he or she is in the presence of a unique artistic personality. We’re beyond excited that he is joining the Pentatone family.”

One of the foremost guitarists of his generation, Sean Shibe brings a fresh and innovative approach to the traditional classical guitar by experimenting with instruments and repertoire.

The first guitarist to be selected for the BBC Radio 3 New Generation Artists scheme, and to be awarded a Borletti-Buitoni Trust Fellowship, he was selected for representation by the Young Classical Artists Trust artist between 2015-2017. In 2018, Sean Shibe became the first guitarist to receive the Royal Philharmonic Society Award for Young Artists; and in 2019, he won a Gramophone Award in the newly-created ‘Concept Album’ category for his critically acclaimed recording softLOUD. Further awards include the Royal Over-Seas League First Prize and Gold Medal (2011); Ivor Mairants Guitar Award (2009); and a Dewar Arts and D’Addarrio endorsement.

Highlights in the 2019/20 season include performances at Wigmore Hall and Southbank Centre in London, MiTo Settembre Musica Festival, Liszt Academy in Budapest, St David’s Hall Cardiff, RNCM in Manchester, and Serefiye Cistern Concerts series in Istanbul. After a five-star recital of electric and acoustic works at Wigmore Hall in March 2020, Sean was one of the first artists to return to the Hall for their new socially-distanced concert series in June, giving a recital of Scottish Lute Manuscripts, Bach and Steve Reich Electric Counterpoint, receiving five stars from The Guardian for his ‘irresistible style and authority…a nonchalant virtuoso and boundary breaker’. Sean’s new, chart-topping recording of Bach lute suites arranged for guitar was also released in May 2020 on Delphian Records. The disc received considerable attention in the press – Sean was the cover star of Gramophone Magazine’s June 2020 issue, in which the disc was named Editor’s Choice, The Times and The Scotsman both awarded the disc five stars, and Presto Classical and Europadisc both named the recording ‘Disc of the Week’.

Sean’s debut album Dreams and Fancies was released in 2017 on Delphian; a recording that explores the fruits of Julian Bream’s history of commissioning in the 20th Century alongside music by Dowland, it was named Editor’s Choice in Gramophone and BBC Music Magazine Instrumental Choice. It was also nominated in the BBC Music Magazine ‘Instrumental Award’ category. In 2018, Sean Shibe released his second album, softLOUD, on Delphian. A revelatory and experimental programme, softLOUD  includes a combination of acoustic and electric guitar, bringing together ancient and modern traditions in a collection of music ranging from Scottish lute manuscripts to electric guitar arrangements of Steve Reich’s Electric Counterpoint, .Julia Wolfe’s LAD, (originally written for 9 bagpipes) and David Lang’s Killer. The live programme resulted in Shibe being shortlisted in both ‘Instrumentalist’ and ‘Young Artist’ categories at the Royal Philharmonic Society Awards and was hailed as ‘spectacular’ (Gramophone) and ‘gripping’ (The Guardian). Further recordings include solo works by Maxwell Davies on Linn with the Scottish Chamber Orchestra, and John Adams Naive and Sentimental Music with the Royal Scottish National Orchestra on Chandos.

He has performed at internationally renowned venues and festivals including Alte Oper Frankfurt, Heidelberger-Frühling, Festspiele Mecklenburg-Vorpommern, Mosel Musik Festival, Musashino Hall in Tokyo, and the Bath, Lammermuir, East Neuk and Aldeburgh Festivals. He returned to the Marlboro Summer Music Festival on the invitation of Mitsuko Uchida, and has toured China extensively.

Born in Edinburgh in 1992 of English and Japanese heritage, Sean Shibe studied at the Royal Conservatoire of Scotland and with Paolo Pegoraro in Italy. He is a D’Addario Endorsee and performs on these strings exclusively.