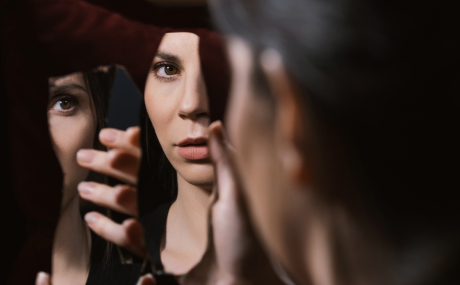 German and French Songs on Love and Loss

On her PENTATONE debut Reine de cœur, star soprano Hanna-Elisabeth Müller brings the German and French art song traditions together, focusing on song cycles by Robert Schumann, Alexander von Zemlinsky and Francis Poulenc, accompanied by pianist Juliane Ruf. The album presents a highly personal anthology of songs that address love and loss, and the heights and depths of the human soul. While Schumann’s Sechs Gesänge Op. 107 and Sechs Gedichte und Requiem Op. 90 offer the quintessence of the Romantic German Lied, German Lied, Zemlinsky’s turn-of-the-century Walzer-Gesänge introduce the listener to a later and less well-known chapter in the genre’s history. Poulenc’s La courte paille and Fiançailles pour rire provide an atmospheric, at times humoristic complement to the Weltschmerz of the German songs.

Hanna-Elisabeth Müller is among the most celebrated young sopranos of our times. Reine de cœur is the first album of her exclusive collaboration with PENTATONE. She works together with her regular accompanist, pianist Juliane Ruf.

This album will be released as 1 CD and in digital formats for streaming and high-resolution downloads. (Article number: PTC 5186810)

After their acclaimed Brahms String Quintets recording, the WDR Chamber Players now present the composer’s string sextets. Brahms wrote his two sextets at the beginning of his career, partly as a way to evade the “Ghost of Beethoven” haunting the string quartet, but also as the ideal genre to realize a typically Brahmsian sound: full, “orchestral” and rich in harmonies. Due to the limited institutionalisation of the sextet as an ensemble, these pieces are rarely performed today. The WDR Chamber Players – who are all members of the WDR Symphony Orchestra, as well as pursuing their own international careers – are ideal interpreters of this repertoire, combining chamber-musical intimacy with “symphonic” depth. The WDR Chamber Players consist of Cristian Suvaiala (violin), Carola Nasdala (violin), Laura Escanilla (viola), Mirca Mocanita (viola), Johannes Wohlmacher (cello) and Susanne Eychmüller (cello). Brahms String Sextets is their second PENTATONE album, after Brahms String Quintets (2017). The WDR Symphony Orchestra also has a vast discography with the label.

This album will be released as 1 CD and in digital formats for streaming and high-resolution downloads. (Article number: PTC 5186807) 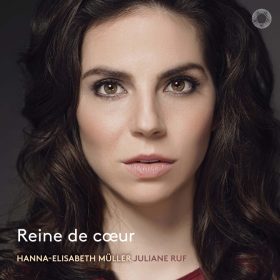 “The recording is impressive both from a dramaturgical and an artistic point of view.” ”Reine de cœur” performed...