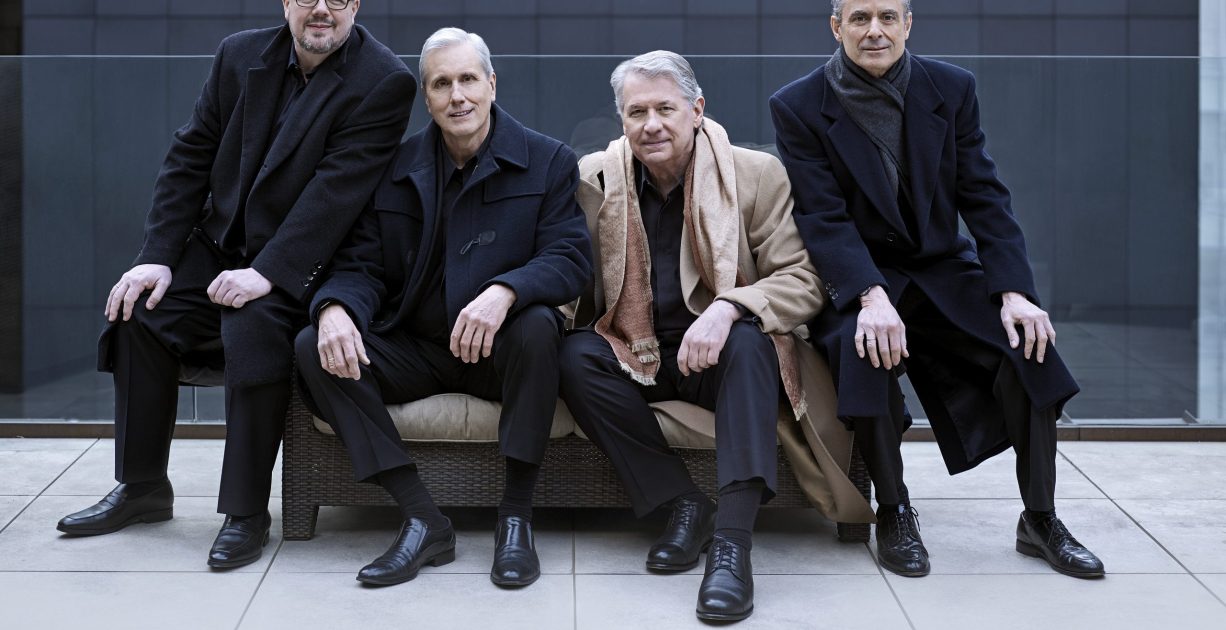 We are delighted to announce that The Emerson String Quartet makes its PENTATONE debut with a recording of Schumann’s three string quartets.

The artistic power of Schumann, whose life was dominated by alternating periods of depression and manic creativity, seems particularly fitting during the uncertain times of a global pandemic. This music inspires and consoles the members of the Quartet, and their hope is that it may likewise inspire listeners. “At a time when lives, livelihoods and the performing arts have been threatened by a worldwide crisis,” says Eugene Drucker, “we are grateful for the opportunity to share a labor of love that pre-dated the pandemic: our recording of Schumann’s three quartets, opus 41.”

Written in the summer of 1842 during an exceptional surge of creativity, these three quartets formed the beginning of an impassioned and prolific six-month period during which most of Schumann’s best chamber music was created. Inspired by the example of Beethoven, Schumann’s quartets display a mastery of traditional forms, combined with typically “Schumannian” fantasy and lyricism, particularly in the inner movements. As such, they underline a new level of maturity in Schumann’s artistic development, surpassing the fantastical aesthetic of previous years.

“During this shutdown,” adds Drucker, “some of us may find it difficult to channel the organizational and creative energies that have filled our lives until now. Sometimes it’s hard even to practice our instruments without a clear idea of what or when we’ll rehearse, or where our next concert might take place. With such uncertainty, it’s helpful to think of the mood swings — the alternating periods of depression and manic creativity — that governed Schumann’s life. Feeling vulnerable, we are inspired by the artistic strength of this fragile genius.”

The players of the Emerson String Quartet bring out the extraordinary freshness and originality of Schumann’s quartets. ’This recording adds another master composer’s quartet oeuvre to the Emersons’ impressive discography, which includes three GRAMMY® Award-winning recordings of complete string quartets (Beethoven, Mendelssohn and Shostakovich), as well as recordings of the complete Brahms, Bartók and Webern quartet output.

“We’ve lived with this music [by Schumann] intermittently since our early years,” says Drucker, “having recorded opus 41 no. 3 in the mid-1980s and occasionally performed the other two works within the next decade. But our immersion in the entire opus…has been enormously gratifying for us.” 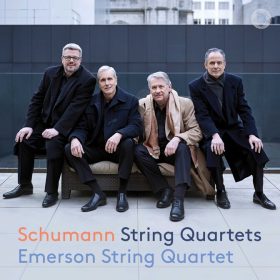 The musicians have such a natural, vital feel for this music. “Schumann – String Quartets” by Emerson String Quartet was awarded with 5...