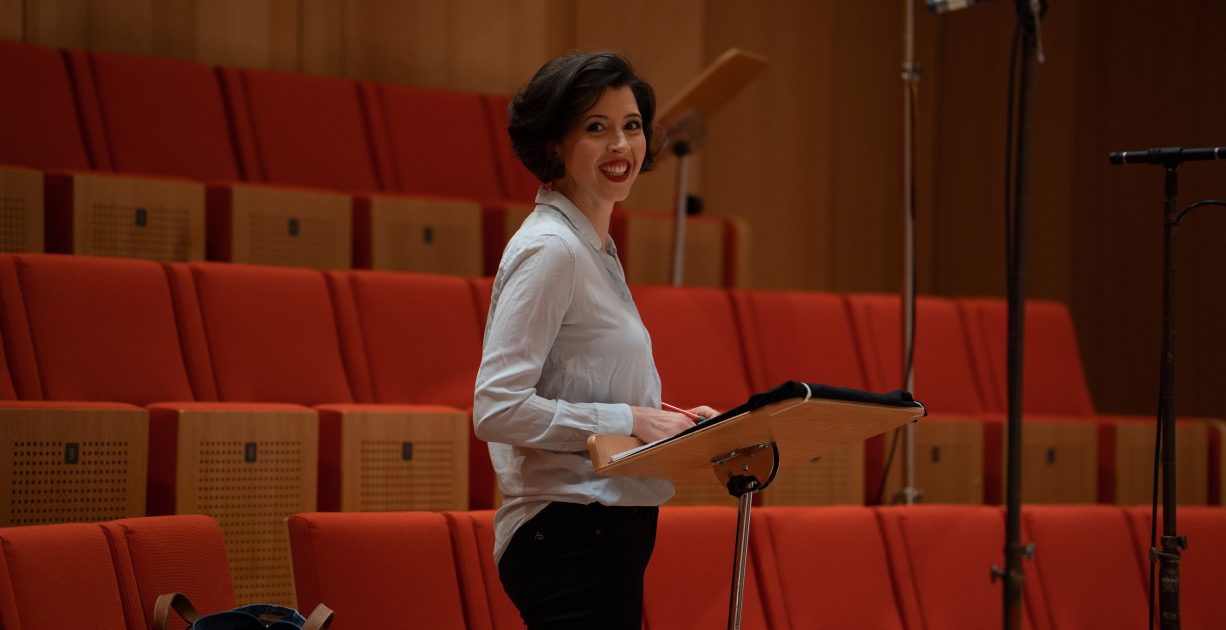 “I was in Paris a few years ago singing a marvelous opera by Meyerbeer, and was so inspired by Le grand opéra français and its role in the Italian bel canto composers’ works. Growing up in Louisiana, French was the first foreign language that I studied, so I have a deep appreciation for the way it sounds and the way it feels to sing in French. When I began my vocal studies in college, I worked on a lot of French art songs, and also a few French operatic arias, but the majority of my training was in Italian bel canto and Mozart. After having made a wonderful journey into Mozart’s concert arias for my first recording, I was very excited to find a way to combine two of my greatest loves, the French language and Italian bel canto, into another album. Thus, the idea for recording arias from the French language works of Rossini and Donizetti was born. It has been a joy to explore lesser-known pieces, as well as the more popular ones, for the repertoire that we chose to feature in this album. There is so much out there, and a lot of it gets performed so rarely outside of festivals dedicated to Rossini and Donizetti.

In particular, it was a lot of fun to see what influence grand opéra français had on Rossini’s opera Guillaume Tell, which I think is one of his great masterpieces. Rossini’s exploration of this genre resulted in some of his most famous works, and this opera contains some of his most inspired and sublime music. Though a translation in Italian exists, to sing it in the French language is a total dream, and I look forward to debuting the role of Mathilde in a full production! Donizetti on the other hand, while mostly known for his Italian masterpieces such as Lucia di Lammermoor, composed a rather different role for Lucia (Lucie de Lammermoor) in the Parisian version. I was so taken with the different, optimistic character we see in Lucie’s entrance aria “Que n’avons-nous des ailes” as opposed to the rather somber “Regnava nel silenzio.” The telling of the ghost story is not fleshed out the way it is in the Italian version, and instead, the French aria gives us Lucie’s vision for a reuniting with Edgard, in a world that is more receptive to their love than the current world in which they live. It’s in a higher key, and contains more coloratura, whereas the Italian version favors a more lyrical approach. This is a role I also am looking forward to singing in the full French version very soon.

I feel very privileged to have had the opportunity to prepare and record these arias for our album, French Bel Canto, to showcase the variety of the works composed by these beloved composers. Each half of the album features arias that contain coloratura, lyricism, drama, heightened emotion, and even comedy…and these are just the works that suit my voice type! There is a vast repertoire out there for every fach to sing, and for every listener to enjoy. I encourage you to delight in the glory of this music, lovingly performed by myself and my colleagues of the Dresdner Philharmonie and the Staatsopernchor Dresden, led by the masterful Corrado Rovaris. Together, we hope these selections will broaden your appreciation of the contributions of some of the greatest operatic composers who ever lived.” 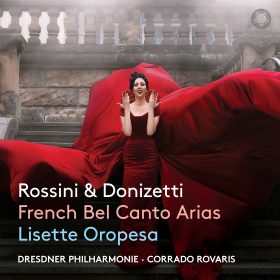 French Bel Canto Arias
Buy now
We would like to use our own and third party cookies and similar technologies for statistics and marketing purposes. You can set your preferences by selecting the options below. Withdraw your consent at any time via the shield icon.
Cookie SettingsAccept All
Manage consent