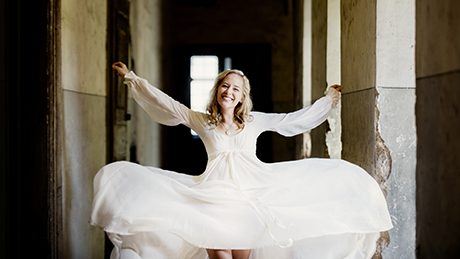 This year has been one of wonderful artistic partnerships, with the launching of many new relationships and the cementing of valued existing ones:

American top-cellist Alisa Weilerstein began her relationship with the label with Transfigured Night; the eagerly-awaited Messiaen’s Catalogue d’Oiseaux from pianist Pierre-Laurant Aimard was released in March to great acclaim; the relationship with star conductor René Jacobs and Belgian period-instrument ensemble B’Rock has kicked off with the Symphonies 1 & 6 the complete cycle of Schubert symphonies.

2018 has seen several large-scale new opera and vocal releases, including Bizet’s Les pêcheurs de perles, starring Julie Fuchs; and Mason Bates’s The (R)evolution of Steve Jobs. Albums such as CANTATA with Bejun Mehta / Akademie für Alte Musik Berlin and Prologue with Francesca Aspromonte / il pomo d’oro, containing new repertoire for the label, have received much praise and multiple awards. PENTATONE has also been proud to announce new long-term collaborations with singers Piotr Beczala, Magdalena Kožená, Michael Fabiano and Anna-Lucia Richter. PENTATONE is looking forward to 2019 with great anticipation – with so many exciting new collaborations and wonderful recording projects it is sure to be another thrilling year.

We equally look forward to many new exciting releases in 2019. Magdalena Kožená will start her exclusive collaboration with PENTATONE by presenting two extraordinary projects; a baroque album with rarely-performed cantatas, as well as a chamber music song program accompanied by several musical greats, including Sir Simon Rattle behind the piano. More vocal excellence may be expected from two Schubert song albums, Heimweh by Anna Lucia Richter and Die Winterreise by Ian Bostridge, while American star tenor Michael Fabiano will present a solo debut with Donizetti and Verdi arias. 2019 will also see the PENTATONE debut of the esteemed Calder Quartet, while the Romantic piano repertoire will be in good hands with solo albums by Denis Kozhukhin and Francesco Piemontese, another new signing. Violinist Arabella Steinbacher will present a Four Seasons album combining Vivaldi and Piazzolla, while Vladimir Jurowski continues his Tchaikovsky ballets series with an integral recording of The Nutcracker. The Akademie für Alte Musik Berlin will present the first part of a series with Handel’s complete concerti grossi.

Breaking free of the confines of a physical (or download) album, throughout 2019 PENTATONE offers several historical box-sets of the label in streaming platforms. Released in a structure optimised for streaming for the first time, these accounts are uninterrupted, encyclopaedic and chronological experiences of a composer’s work, created with industry standard metadata perfected for classical music. PENTATONE wants to set the standards of how works can be presented in the streaming environment, breaking barriers of time limitations and “forced pairing” of albums’ format or concerts’ set ups: was this the way composers intended for us to listen to their music all along? 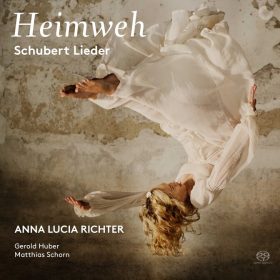 Heimweh (Schubert Lieder) / Richter
Buy now
We would like to use our own and third party cookies and similar technologies for statistics and marketing purposes. You can set your preferences by selecting the options below. Withdraw your consent at any time via the shield icon.
Cookie SettingsAccept All
Manage consent